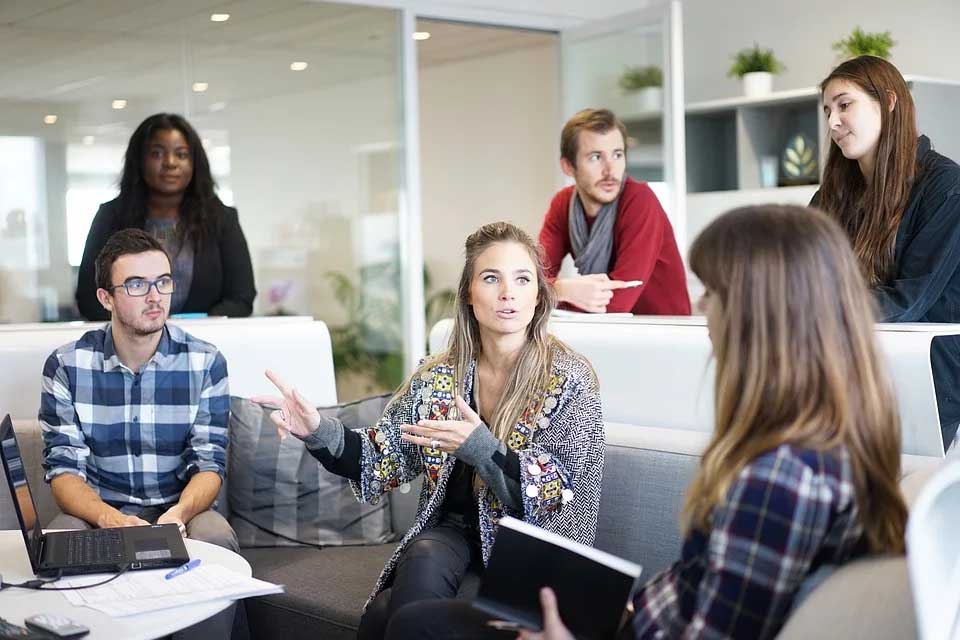 Staff are no longer prepared to show unquestioning loyalty to a boss even for a good salary. Many other factors are at play

Although the offer of a good salary may be the reason a person chooses a company to work for, it is not the reason they will stay there, says Kyriacos Iacovides, the general manager of Great Place to Work that was recently launched in Cyprus.

“If your boss gave you a 50 per cent pay rise and treated you like rubbish, would you stay at your job?” asks Iacovides, who argued that while reward is a criterion for choosing a company there are other factors that determined whether an employee is happy at work.

Three key factors ensure a person is productive, engaged and motivated: trusting the people you work for, pride in what you do and enjoying being with your colleagues. If a business can provide a work environment that ticks these boxes, staff would consider the company a great place to work, says Iacovides.

This is even more important today, with changing attitudes. The baby boomer generation, for instance, was generally speaking loyal, put their head down and got on with their work in an unfussy way. Millennials are different and company executives of an older generation have difficulty getting on with them or understanding what is important to them, says Iacovides.

“Millennials want other things from the workplace. As we see, they are stating their presence all the time on Twitter, Instagram, Facebook, because they want attention and regular confirmation that they matter,” he says. “Their loyalty is not a given, it is won by explaining why they have to do something and also asking for their opinion, something many executives think unnecessary.

“With the new generation of worker, being attentive and responsive to them is the way to win their trust.”

Great Place to Work, which is now a leading global research and consulting firm specialising in employee engagement with a presence in 59 countries, started out as a study in 1981 by two American business journalists about the “best companies to work for in America”. The journalists, Robert Levering and Milton Moskowitz completed the study three years later when it was turned into a book titled The 100 Best Companies to Work for in America. The success of the book led to a sequel in 1988 – A Great Place to Work: What makes some employers so good – and most so bad – and the establishment of the consulting company.

Ten years later, in 1998, Fortune magazine launched its own “Fortune 100 Best Companies to Work For” using the methodology of the company, while the European Commission’s 2002 decision to introduce a system that recognised European businesses with good workplace culture. This helped Great Place to Work expand across Europe. Its services are now used by 6,000 companies representing 10 million employees, in 59 countries.

The two tools used to measure whether a company is a great place to work are the Trust Index and the Culture Audit. The first is calculated through a survey of employees that answer 60 questions relating to how they experience the work environment. The Culture Audit is an evaluation of the company leadership’s intentions to get the best out of its employees – what it does to ensure a productive workplace. If the average score of the Trust Index survey (positive responses) hits 70 per cent and the Culture Audit 50 per cent then the company secures Great Place to Work certification which is valid for a year.

What is the value of this certification? “It is great for employer branding and it helps a company attract and retain talent,” says Iacovides. “At a time when talent recruitment and retention is an important business driver, our certification logo, which says a lot about the company, is invaluable.”

He gives the examples of software companies that are desperate for talent and competing with each other to attract good people from a very limited supply. The certification logo also adds a lot of value to hotels, which rely on happy and productive workers to provide good customer experience. “Happy hotel staff means happy customers,” he says.

“The work done by organisations like ours helps businesses to appreciate that behind impressive metrics is a great place to work in which employees are engaged and committed to doing their best.”

Is herd immunity the vaccine against coronavirus?

We need trust in leadership to avoid coronavirus panic

Oslo-based company applies to bring LNG to Cyprus from 2021