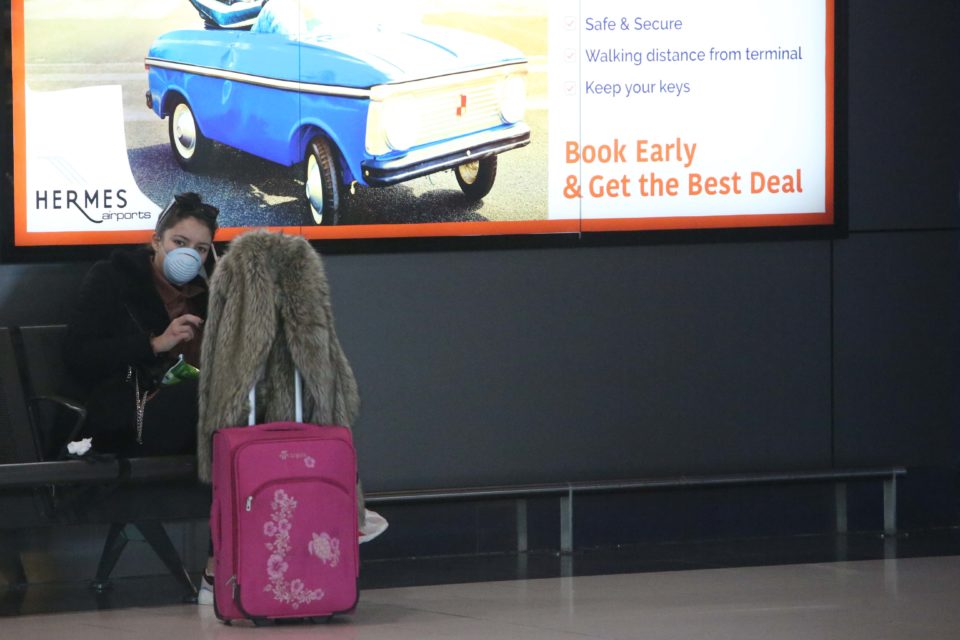 The government’s requirement for anyone, including Cypriots and legal residents to produce on entry a health certificate from an accredited lab abroad giving them the all clear for coronavirus, is unconstitutional, top lawyers said on Monday.

As stories poured in of Cypriots and other legal residents being trapped abroad without support, limited flights home, and no way to obtain the required certificates in other countries, lawyer Achilleas Demetriade said Cypriots abroad had effectively been banished from returning to their own country.

“The government has an obligation to regulate matters relating to public health,” Demtriades said. “Nevertheless, this regulation cannot extend to depriving the right of Cypriot citizens to return to their homeland.”

Quoting Article 14 of the constitution, Demetriades said: “No citizen shall be banished or excluded from the Republic under any circumstances.”

Nicolas Tsardellis, partner at Elias Neocleous & Co LLC said: “… the right conferred by Article 14 is absolute. There are no exceptions to it, and no derogation is allowed. Consequently, the restriction of that right cannot be justified even on the basis of public health safety, although the confinement within Cyprus may be allowed under Article 11.2(e) of the Constitution.”

The state had previously only urged Cypriots abroad to stay away. But as governments worldwide rush to battle Covid-19, proactively and reactively, there is a dizzying pace of measures being rolled out, some, critics would say, without forethought as to the wider implications.

As of Monday entry to Cyprus was only allowed to citizens and legal residents who present a health certificate under measures announced by the government on Sunday. The medical certificate must not be older than four days.

Analysts have said that the government has set the bar so high, it effectively makes it close to impossible for Cypriots abroad to return home.

“What is so extraordinary about this measure is that other countries are sending planes to return their citizens, but we are blocking our citizens from coming home,” Demetriades said.

British policy on Covid-19 testing rules out the vast majority of the population from being able to know whether or not they are infected.

This means Cypriots are unlikely to receive the certificate needed to return, as their odds of being tested are low, at least in the UK.

For Cypriots in England, their certificate is only valid if issued by Public Health England, London, United Kingdom.

In other EU countries, the accredited labs are in capital cities, which puts Cypriots trying to get home, if not staying in main cities, at risk of travelling around when the advice is to limit travel as much as possible.

“It’s with utter shock and disgust that I read the latest draconian, in fact,  cruel and sadistic, measures the Cyprus govt has taken against its own people,” an open letter to the government by Cypriots stranded abroad said on Monday.

“Its own citizens and residents, where they have literally  abandoned  probably thousands of Cypriots who happen to be abroad right now, scrambling to find a way home!”

Demetriades says, however, that: “in times of great risk, you fall back onto the system (the constitution) for which it was designed.”

He also questioned the process by which the measures have been rolled out – and referred to Article 183 of the constitution.

“In case of war or other public danger threatening the life of the Republic or any part thereof, the Council of Ministers shall have power, by a decision taken in this respect, to issue a Proclamation of Emergency,” it reads.

“As far as I know there is not proclamation of an emergency,” Demetriades said. “But Article 183 clearly provides the procedure which the government has to go through.”

Tsardellis added: “It is clear that we are witnessing and experiencing situations which are both unprecedented and critical. The government is obviously entitled and, in fact, in duty bound to take strict measures to protect the public. But the Rule of Law under the Constitution must, nonetheless, be respected at all times.”

On Sunday, Health Minister Constantinos Ioannou said: “I urge people, if they do not have this certificate not to even bother going to the airport at the country of departure.”

Finance Minister Constantinos Petrides crystalised the point, explaining that the goal is not to make it easy for people to come to Cyprus, hence the strict measures in order to protect public health.

Demetriades was eager to point out that he is not questioning the measures the government is taking in relations to Cypriots within Cyprus – they are able to enact strict regulations – but his concern is with the treatment of citizens abroad.

He raised the important question of what could, or will happen, should a plane with Cypriots arrive at the airport and they do not have their required health certificates.

Governments throughout Europe are imposing draconian regulations unprecedented in a time of peace. Increasingly, however, the Covid-19 is being spoke about in warlike terms.

The Cyprus government’s policy has shocked many, but the measures appear to be popular amongst some of the local population.

“However  annoying it may be, it makes total sense in my view to quarantine all passengers at this time,” Ian Sutherland told the Cyprus Mail.