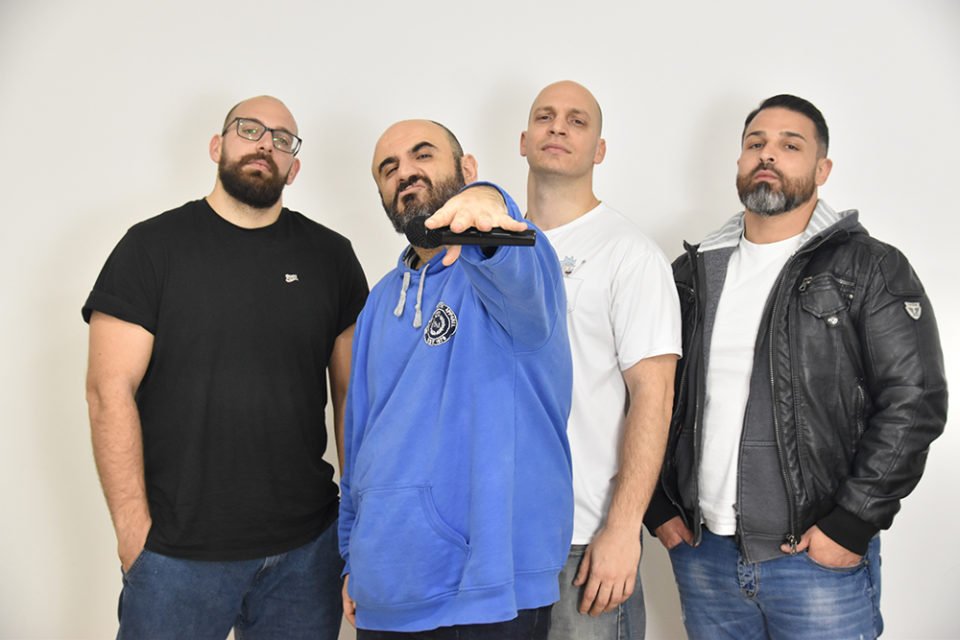 Stand up and be counted – oh, and make us laugh while you’re at it! Not an easy task, even for the four wonderful stand-up comedians who are planning to bring their branch of comedy to English speaking audiences. We ask the talented quartet what makes them – and the audience – tick, find out how stage fright can improve performance, and discover why Eleftheria Square is the butt of the best joke on the island! 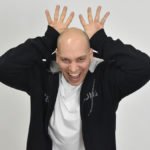 A trainer, consultant and coach by day, 34-year-old Taz is a New York-raised Cypriot. He’s been performing professionally for over a year, and sees stand up as a way for modern philosophers to use humour to discuss sensitive subjects. “More importantly, no one interrupts you!”

What are the elements of good stand up?

I like to tell stories that highlight unique perspectives on social matters. My execution tends to be quite silly, especially when the matter at hand is serious.

I opened the night at a private function for a company which had been through an exceptionally bad few months. The mood was gloomy to say the least. I spoke for 10 minutes to silent staring. Of course, the show must go on, and I always try to enjoy myself while I entertain so I turned my focus to the few people in the audience who were enjoying themselves. The experience was very humbling and reminded me how different each stage really is.

Way too many things really. I like to find the humour in everything, especially the inappropriate! I’m usually giggling endlessly about things I’m apparently not supposed to be laughing about.

Who are your comedy icons?

Louis CK, Jim Jeffries, Ricky Gervais, Bill Burr and Bo Burnham. Each one of these guys is entirely themselves, highlighting their weaknesses and strengths and maintaining an integrity within their own individual identity.

Tell us a joke!

I’ve been serious about fitness my entire life. Even before I was born, I swam competitively. My father always came for those races. 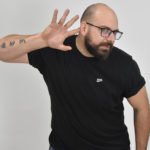 33-year-old finance professional Andreas Constantinou is excited to be part of the island’s burgeoning comedy scene. Born in Cyprus and raised in New York, he’s taking to the stage for his first professional gig at the March 26 event.

What are the elements of good stand up?

Timing, expressiveness, and relatability. You must be a good storyteller.

I guess my USP is me. You are who you are on the stage, and if people like you, then I guess you did it well. I don’t want to be remembered as ‘the angry comic’ or the ‘crazy guy’. Just me. I think that’s what all good stand-up comedians really are.

I laugh at a lot of things. I like clever jokes with unexpected twists, but I also find myself laughing at the most random or silly things. I think people are inherently funny, but I don’t like laughing AT them if you get what I mean.

Who are your comedy icons?

Eddie Murphy for his energy and storytelling. George Carlin for his work ethic and joke formulation. Dave Chappelle for his timing, delivery, creativity and thoughtfulness. And Bill Burr for his honesty, relatability and rationale.

Tell us something funny!

I had an Italian friend who lived in Cyprus for about two years, and for some reason thought the Greek-Cypriot word for disgusting was ‘Yaax’! I don’t know if that’s a joke but I find it quite telling! 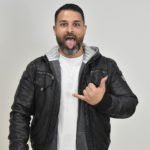 Born and raised in Nicosia, 38-year-old consultant Alexis Poullitas has been doing stand up since February 2019. What started as a self-imposed dare has become a passion: “I put on my parachute and jumped, hoping both I and the jokes would land!”

What elements make for good stand up?

Authenticity, humility and a real sense of humour. You need to talk the way you talk to your friends, write original material, and be humble so that people want to listen to you.

What is your act about?

My favourite thing to talk about when I’m on stage is the proverbial elephant in the room. I love trying to identify things that a lot of people might be thinking but no one talks about.

At an open mic show on one of my first attempts at stand up I had a bunch of jokes lined up and found myself on stage realising that the stories didn’t connect to each other and my set made no sense. I kept a confident demeanour, and as soon as I saw an opening I thanked everyone for coming out and quietly disappeared back to my table. It made me appreciate the sets that killed and look more into the structure and presentation of stand-up comedy.

The well-timed unexpected. Anything I don’t see coming, especially if it involves people trying to show off!

Tell us a funny story!

I was standing at the check in counter at the airport holding two huge suitcases. The stewardess weighs my luggage and tells me that unfortunately I’m very overweight. At the time I weighed 145kg so I dropped my face, looked at my belly and said “I try…” – Got an apology and bumped to first class! 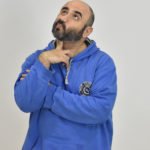 A 39-year-old Project Manager from Cyprus, Constantinos has been entertaining audiences since February 2018 when he took to the stage as a favour to a friend and found his flair for funny.

What elements make for good stand up?

Observation, rhythm and delivery. The latter two can be honed through constant grinding. The more shows you do, the better you become.

I like pointing out the absurdity in things people take for granted. I love giving people a different perspective, one they hadn’t considered before. I’m also political and politically incorrect. I like pushing boundaries because I believe you can turn everything into a joke, if you are good enough.

Once, in Paphos. That’s where I learned that stuff some people find funny, others might not like at all. I almost got no reaction for 30 minutes straight, and it was soul crushing, but I didn’t let it get me down. Instead of curling into a foetal position and sobbing uncontrollably – my first instinct – I turned it into a teaching moment. It worked. I performed at Paphos a year after that ill-fated show and KILLED it!

What does it feel like when the audience are behind you?

Absolutely amazing. If we could bottle that feeling and sell it as a drug, we would put every single drug dealer out of work! Knowing that you have a captivated audience makes you feel that all the effort and time you put into perfecting your show was worth it. I wouldn’t change it for the world!

Politically incorrect comedy, well-crafted routines and puns. Oh my god the puns. Puns kill me! I have a GRAVE sense of humour (not even sorry).

Tell us a joke!

I don’t usually do one liners but here it is. Every single comedian from Nicosia is required to have an Eleftheria Square joke; I have one, but I can’t tell it to you ’cause it’s not done yet.

The four comedians were originally scheduled to perform in the ‘Drop The Mic Stand Up Comedy Show’ on March 26 at Sarah’s Jazz Club in Nicosia. The event has been postponed, but will be going ahead once measures allow

Coronavirus: One more case identified in the north (Update 1)