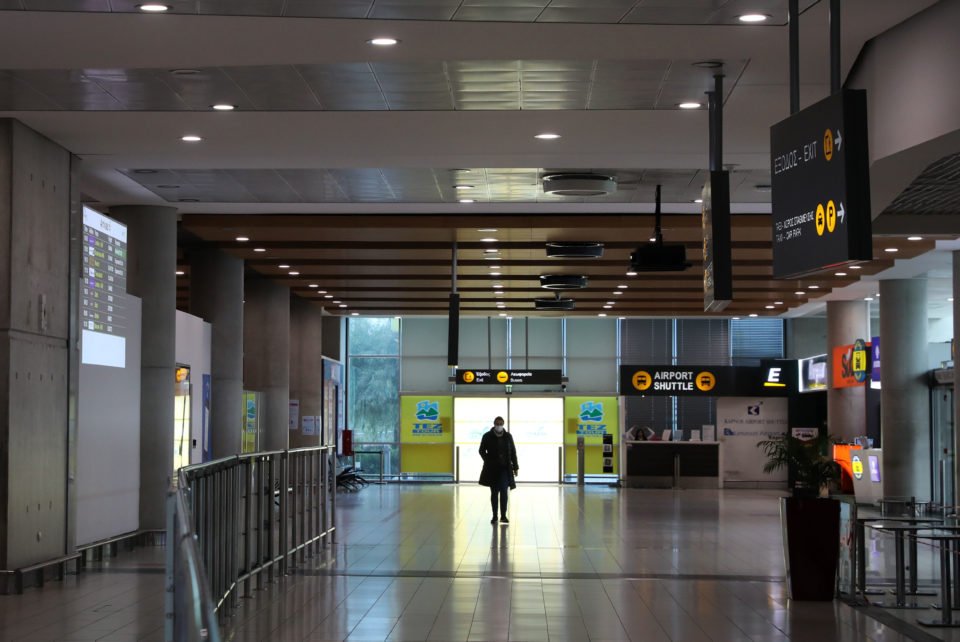 Twenty-three people arriving at Larnaca and Paphos airports were allowed entry into Cyprus by authorities on Tuesday following a government measure set in place to ban entry to passengers without health certificates stating they were clear of coronavirus.

General director of the transport ministry Stavros Michael informed minister Yiannis Karousos at the Zenon Coordination Centre, where flights are being monitored, there were a total of 27 flights expected to arrive in Cyprus by midnight, and 19 of those were empty.

Of the arrived flights, 24 passengers had come through, 23 at Larnaca airport and one in Paphos.

According to Michael, the first flight in Larnaca arrived from Doha at 9:30am with six passengers – two Cypriots, an Australian-Cypriot, and three people from Nepal.

After authorities determined the validity of their health certificates, stating they were free of the virus, the three Cypriots were allowed to disembark, while the Nepalese were sent back to Doha, on the same flight.

The Cypriots were taken to quarantine for 14 days, as prescribed by the government measures.

A flight from Athens arrived at 9:50 am, but was empty, while just after 11am a flight from Warsaw arrived with one passenger, who was taken to quarantine.

Meanwhile, there was fresh tension at Larnaca airport later in the day, after the authorities initially refused entry to six Cypriot students from the Netherlands who did not have a medical certificate.

The students arrived in the morning with five other passengers on a flight from Amsterdam.

The six had doctors’ notes certifying they did not have any symptoms of the coronavirus but no certificate saying they were negative.

Authorities finally allowed the Cypriots off the plane and into Larnaca airport’s medical centre for tests after which they were taken to a quarantine in Platres.

Just before 4pm another flight arrived from Stockholm with six Greek Cypriots, one Turkish Cypriot and five Swedes on board. The Cypriots were allowed to disembark as was one of the Swedes after showing the appropriate documentation, while the others were sent back on the same flight.

Four people on a flight from Munich also showed the appropriate documentation and were allowed to enter the country.

A flight from Paphos airport came from Moscow with one passenger, a woman who is a permanent resident of Cyprus, and was allowed to disembark.

Although the airport operators are taking stringent measures to protect staff against the spread of coronavirus, staff morale at Paphos airport is generally low, and many are fearful of catching the virus.

“We are doing our best to protect our staff and following all of the recommendations, but unfortunately somebody has to be on the front line. We are trying to avoid personal contact with passengers unless absolutely necessary,” Yiannis Harpas, the head senior manager of operations Paphos international airport said.

Meanwhile some Cypriots have been stranded abroad and are unable to obtain the necessary health documentation from these countries.

“We can’t stay here anymore. The whole family is here,” Lili Petrou told the state broadcaster from the UK.

Another Cypriot woman stuck in Bulgaria with six other Cypriots posted on social media saying the government decision is “inhumane” as they went there for an EU educational programme to represent the country.

The woman, Mariana Parmatzia said: “Please try and support us.”

She added they were unable to obtain the necessary health certificates, as in Bulgaria tests are only being conducted on individuals with symptoms.

Forty-one people were taken to Platres on Monday evening after arriving from the UK without any papers only an hour or so after the deadline for the new regulation kicked in. Initially they were refused entry but eventually they were allowed through after Transport Minister Yiannis Karousos decided to waive a government order.