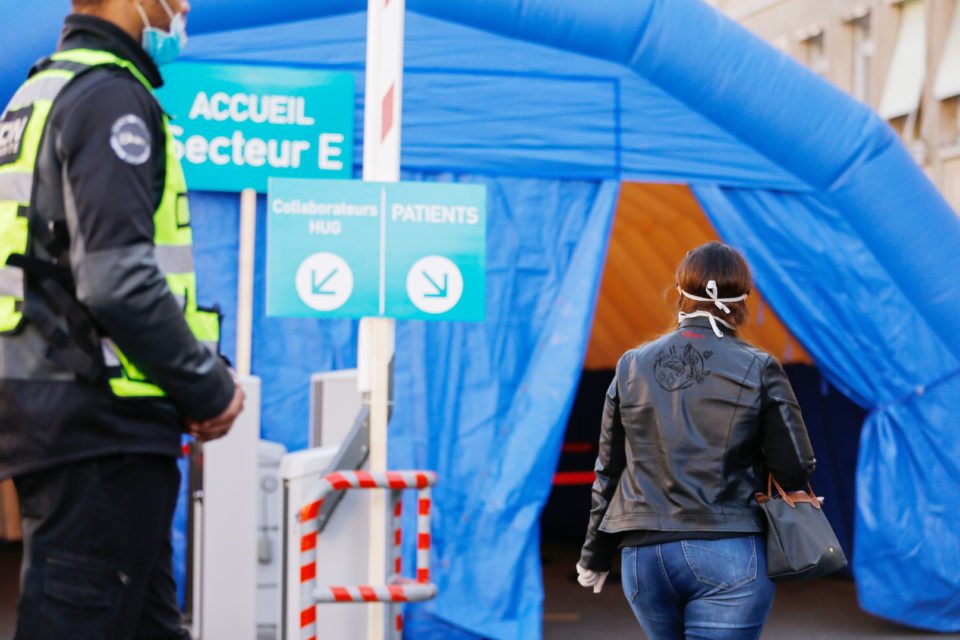 A patient arrives to a medical screening tent for coronavirus testing outside the University Hospital of Geneva (HUG), in Geneva, Switzerland

Switzerland’s health care system could collapse by the end of the month if the new coronavirus keeps spreading at current rates, a government official warned on Tuesday.

Swiss authorities estimated that 2,650 people had tested positive for the coronavirus and said 19 people had died, while predicting cases will likely soar in the weeks ahead.

Koch urged residents to observe strict emergency measures ordered this week, including bans on events and gatherings, calling these critical in limiting the damage and protecting hospitals from a potential collapse.

“People who become infected today will only hit us in 10 days from now,” Koch said at a news conference. “We have to make sure the infection rate goes down today, because otherwise, in 10 days (Swiss hospitals) won’t be able to handle it.”

Switzerland has mobilised up to 8,000 military members to assist civil authorities and medical personnel.

The country of 8.6 million can muster 1,000 to 1,200 intensive care beds, although Koch said there was only limited staff to operate life-saving equipment like ventilators now in desperate demand in neighbouring Italy, where more than 2,100 have died.

This week the World Health Organization called on all countries to ramp up testing to slow the pandemic’s advance, while urging companies to boost production of vital equipment to overcome shortages.

In an attempt to deal with growing numbers of suspected cases, a large blue tent was erected overnight outside the University Hospital of Geneva to screen and test the sick. A Reuters witness saw a handful of people ushered inside by an official wearing a mask and gloves on Tuesday afternoon.

The hospital said it was planning to double its intensive care capacity by adding more beds to existing rooms.

Koch defended Switzerland’s evolving policy to focus testing on people most at risk and those who might need hospitalisation, rather than trying to test every person with mild symptoms.

The government is urging those individuals – mostly younger, healthy people – to isolate themselves at home and halt contact with older or immune-compromised people.

“Initially you test as broadly as possible,” Koch said. “This phase is over in Europe. It is impossible at the moment … to test everyone who might have been infected.”