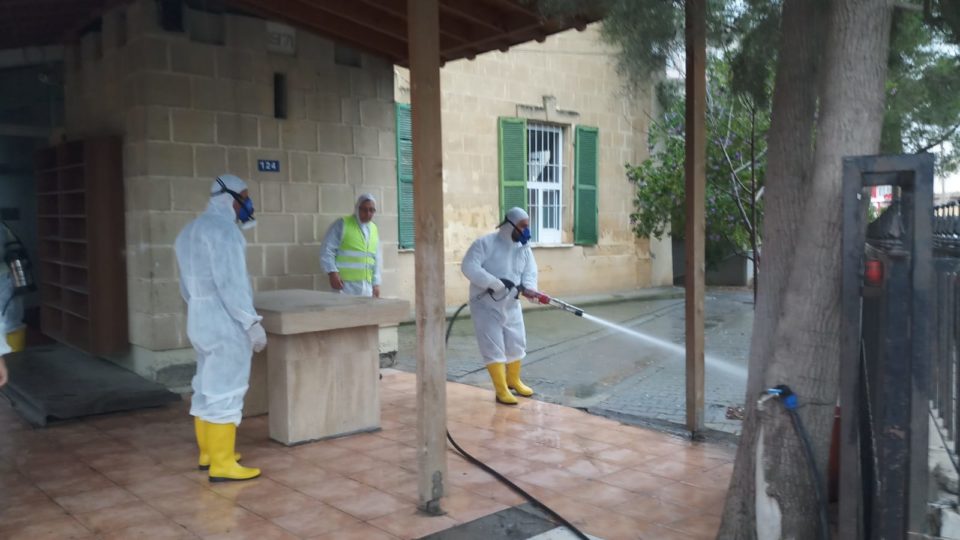 Authorities in the north expedited on Wednesday the implementation of obligatory 14-day quarantine of persons arriving from abroad after developments in Turkey.

The decision follows the announcement late on Tuesday that the number of coronavirus cases in the north has risen to 20 after 13 more German tourists tested positive. Out of the 20 cases in the north so far, 18 are German and two are Turkish Cypriot.

‘Foreign minister’ Kudret Ozersay announced late on Tuesday that the measure on the obligatory quarantine for 14 days of those arriving to the north would be put in effect immediately instead of noon Wednesday, given developments in Turkey.

Turkey confirmed late on Tuesday its first death related to the coronavirus and more than doubled its confirmed cases to 98, from 47 a day earlier.

Ozersay said that at around 3am on Wednesday that passengers of a flight that arrived in the north were taken to a quarantine facility.

The measure was expedited following harsh criticism on social media.

The north has introduced a temporary ban to citizens from 72 countries excluding Turkey. Under the latest measures, Turkish Cypriots arriving from these countries, but also from Turkey will be placed under a 14-day quarantine in facilities monitored by the authorities.

Turkish nationals are banned from entering the north as tourists. Entry is allowed only to those permanently living there and they too will have to remain in isolation for 14 days upon their arrival.

Turkish Cypriot daily Kibris reports that around 5,000 to 6,000 foreign nationals, mainly tourists and students, have left the north in recent days following the announced measures. The daily reports that this number of persons departed on 38 flights from Tymbou airport between March 14 and 16.

Following a ‘cabinet’ meeting on Wednesday, Ozersay also announced that for those who need to cross to the government-controlled areas or travel abroad for health reasons, it will be decided whether or not they can self-isolated at home depending on their medical condition. Exceptions might be made depending on each case.

The exemption of Turkish Cypriot Pyla residents from these restrictions no longer applies, at least temporarily. He said that Pyla residents crossing to the north will be subject to central quarantine, meaning being taken to facilities monitored by authorities.

Only the Turkish Cypriots living in the mixed village of Pyla were not subject to restrictions crossing to the north.

The Turkish Cypriot community leader of Pyla, Veysal Guden, told Yeni Duzen prior to the announcement of this decision that possible restrictions would create many problems to them since many work, buy provisions and go to doctors in the north.

Other measures announced are the obligatory use of antiseptics in supermarkets, butcher shops and pharmacies, while cashiers and salespersons will have to wear masks and gloves which must be changed every couple of hours.

‘Municipalities’ were tasked with making sure these instructions were followed and were authorised to shut down businesses if they do not comply.

In the meantime, ‘prime minister’ Ersin Tatar had meetings with the ‘ministers’ of economy and tourism to discuss measures to tackle the economic crisis due to the coronavirus. A package of measures is expected to be announced by Friday.