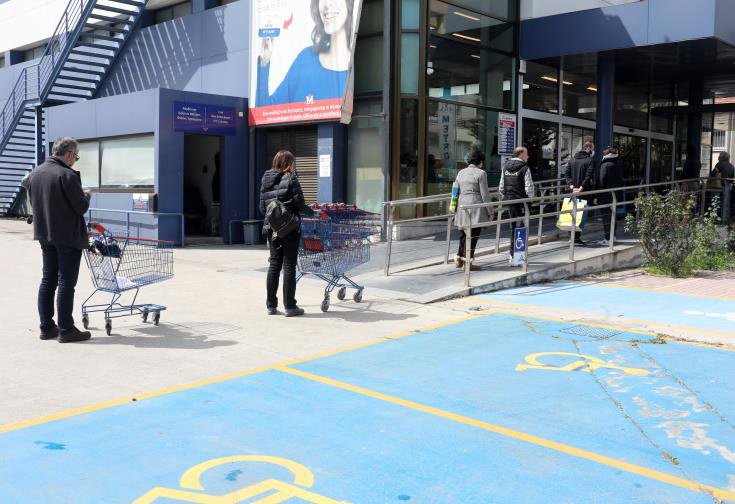 Supermarkets are adequately stocked up and the supply chain is operating smoothly, stakeholders said on Friday, after rumours of a curfew caused more panic-buying a day earlier.

Speaking to the Cyprus News Agency, head of the supermarket association Andreas Hadjiadamou said that as of Friday morning, supermarkets had returned to normal after the previous day ‘masses’ of people ran to the supermarket out of fear that a curfew would be imposed.

Nonetheless, he stressed there was adequate supply of goods and that supermarket supply chain was operating without any problems. As far as the ceiling on certain products, Hadjiadamou stipulated that it concerned specific brands of antiseptics which are mainly sold in pharmacies rather than those sold in supermarkets.

Currently, supermarkets are following government measures for maintaining distance, with one person per eight square metres and supervised entry. Disinfection is regularly carried inside the supermarket and at the trolley areas. There is also antiseptic at every till, Hadjiadamou said.

Additionally, supermarkets are also taking additional measures for the health and safety of their staff and customers but he urged the public to take their own precautions, not spending a lot of time at the supermarket and ensure that they are keeping a distance.

Meanwhile, director general of the Employers and Industrialists Federation (Oev) Michalis Antoniou also stressed that there is no need to worry about whether supplies will be adequate for the public.

“There are supplies for over than two months for all essentials, food and cleaning materials,” while the operations for the supply chain are working seamlessly with very minor delays.

Production continues in countries that Cyprus imports from such as Italy, Greece, Germany, France, Britain and Hungary, Antoniou said and despite the ban on flights set to come into force on March 21, cargo and shipping will continue without any trouble.

More concerning however, is that some businesses which were profitable and healthy have started to have serious liquidity problems, according to Antoniou.

Companies which deal with products of primary consumption are not affected but those which import materials related to for instance the manufacture of certain pharmaceuticals, have started facing problems with their liquidity.

Coronavirus: Man on lockdown walks his dog by drone (with video)