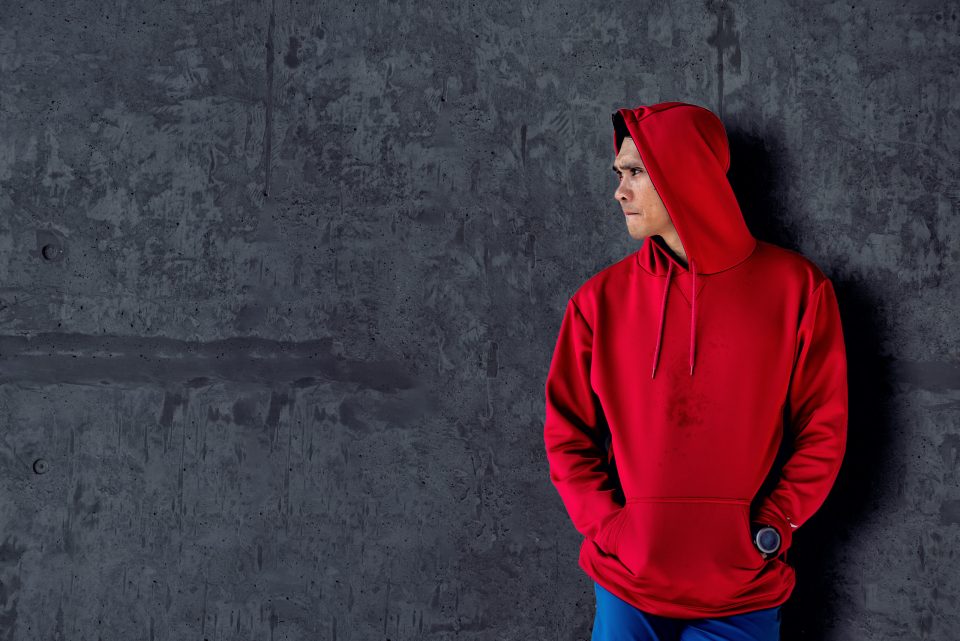 Few items of clothing have such a potted history as the hoodie, even though it’s still a relatively new type of garment.

Hoods in some shape or form have been around for centuries, but the hooded sweatshirt as we know it today was born in the 1930s. Since then, it’s exploded out of sportswear and into everyday culture.

Whole exhibitions have been dedicated to the politically-charged history of the garment, such as a recent one at the Het Nieuwe Instituut in Rotterdam, which reveals: “The hoodie tells many stories that define our times – tales of social inequality, youth culture, subculture, police brutality, racism, privacy, fear and, in turn, style.”

Sportswear brand Champion claims to have invented the hoodie as we know it today. That was in the 1930s, and the brand says: “The hooded sweatshirt was designed and developed for practical reasons and was first introduced as a warm up or ‘sideline’ garment for athletes to wear in-between game time or practice sessions.”

Initially, hoodies were linked to sport and athletes. This reputation was solidified in the 1977 boxing movie Rocky, when Sylvester Stallone celebrates his training wearing a grey hoodie.

Hoodies weren’t confined to sport or manual labour for long, and were soon picked up by wider cultures. Most prominently, hoodies became the de facto uniform within hip-hop culture.

The Eighties and Nineties also saw the rise of gangsta rap – hip-hop that was seen as inextricably linked to American gangs. Lyrics were often violent, and garnered huge amounts of criticism.

As so many rappers were wearing hoodies at this time, it soon – somewhat reductively – became linked to gang violence.

In the UK, hoodies were infamously banned from the Bluewater shopping centre in Kent in 2005, as part of a crackdown on anti-social behaviour.

The ban was supported by politicians like then-prime minister Tony Blair.

Even though hooded sweatshirts have nothing to do with anti-social behaviour, they became linked to it. While the problems in the US were mainly racially charged, the debate in the UK also spanned classism.

Arguably, all the fear around hoodies is due to the anonymity it provides. With the hood up, it’s easier to hide your face, and people are inherently scared of the unknown.

Hoodies are less tied up with class than they used to be – illustrated by the fact that members of the British royal family, like the Duchess of Cambridge, have been seen wearing the garment.

Interestingly, it’s also been seized by the high fashion crowd, and now you can get designer hoodies by all of the major labels.

It’s also become a common sight in the world of tech, as a way for moguls to shun the formal dress code of more traditional offices.

So, for now, royals, tech moguls and designers have given the hoodie their seal of approval, but this doesn’t mean the stigma around them has necessarily vanished – the impact of a hoodie greatly depends on its context.