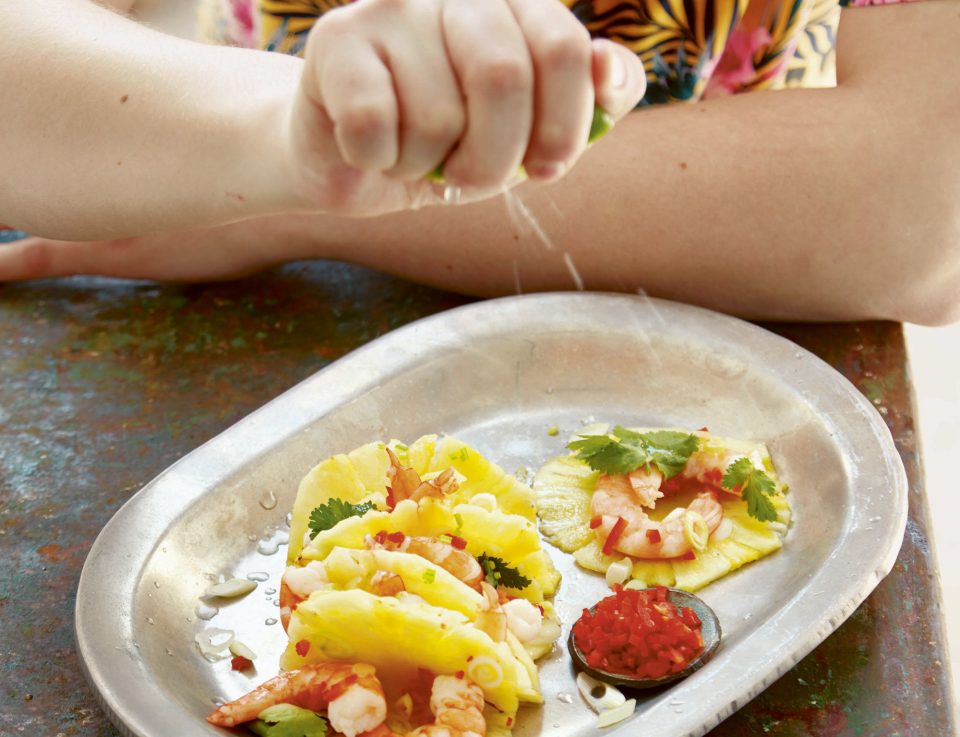 You’ll likely find Sunderland-born Ryan Riley in a bright and brilliantly patterned shirt, being incredibly open and making everyone in the vicinity feel utterly welcome and valued.

He’s got chat and charisma, and at 26 is co-founder of Life Kitchen (lifekitchen.co.uk), a not-for-profit community interest company that creates recipes for people living with, and recovering from, cancer.

Aged 18, Riley became his mother Krista’s carer after she was diagnosed with terminal small cell lung cancer. “That put me in quite a unique position to see everything that was going on with her, from the treatments to the sadness,” he explains. “She used to admit to me on the sofa that she didn’t want to die.

“I want it to sit on the shelf like a Nigella cookbook,” says Riley. “I didn’t want people to think, ‘I’m getting this cookbook because I’m ill’, but, ‘I’m getting it because it’s about reviving flavour, enjoying food’.

Life Kitchen collaborates with Professor Barry Smith, founding director of the Centre for the Study of the Senses, on flavour combinations and ingredients that will offer punch for those whose sense of taste and smell have been altered.

“It’s novel, it’s fun and it gets people back into the idea that cooking and flavour are possible.”

There’s no pressure to make huge feasts or dig out hundreds of ingredients either, with Riley offering easy ‘flavour hits’ at the beginning of each chapter, to be chucked on whatever you’re eating for a little pizzazz.

“If you can’t be bothered to cook the rest of the book because you’ve got no energy, if you’re getting a ready meal, you can throw this gremolata on top, you can boost the flavour, you can add interest,” he buzzes.

A pinch of salt

A pinch of black pepper

For the salt and vinegar cucumber:

A large pinch of salt

Heat the oven to 180°C. Line a baking tray with baking paper.

Start the salt and vinegar cucumber. Place the cucumber ribbons in a bowl and sprinkle liberally with the salt, making sure all of the cucumber is salted – don’t worry, you’re going to wash off most of the salt later. Set aside.

To make the cod, in a bowl first mix the parmesan, paprika and thyme leaves with the pinches of salt and pepper.

One by one, place the cod loins into the beaten eggs and coat well. Then roll each egg-coated loin in the parmesan mixture until coated and place on the lined baking tray. Bake for about eight to 10 minutes, until the cod gently flakes when pushed with the back of a teaspoon. If you like, give the loins a final minute under a hot grill to get the parmesan coating really crispy.

While the cod is in the oven, transfer the cucumber to a sieve and wash off the excess salt under running water. Place the ribbons in a bowl with the malt vinegar and give them a good mix. Leave to lightly pickle until the cod is cooked.

Serve each cod loin with a generous portion of the salt and vinegar cucumber and drizzled with good-quality olive oil.

1 lime, zest and juice, plus extra wedges for squeezing (optional)

A small handful of coriander leaves

In a bowl, mix the cooked prawns with the chilli, the lime zest and juice and the spring onion.

Fold each pineapple round in half to resemble a taco shell. Fill each shell with an equal amount of the prawn mixture, sprinkle over a few coriander leaves and squeeze over some extra lime, if you like. Serve immediately with optional extra chilli on the side.