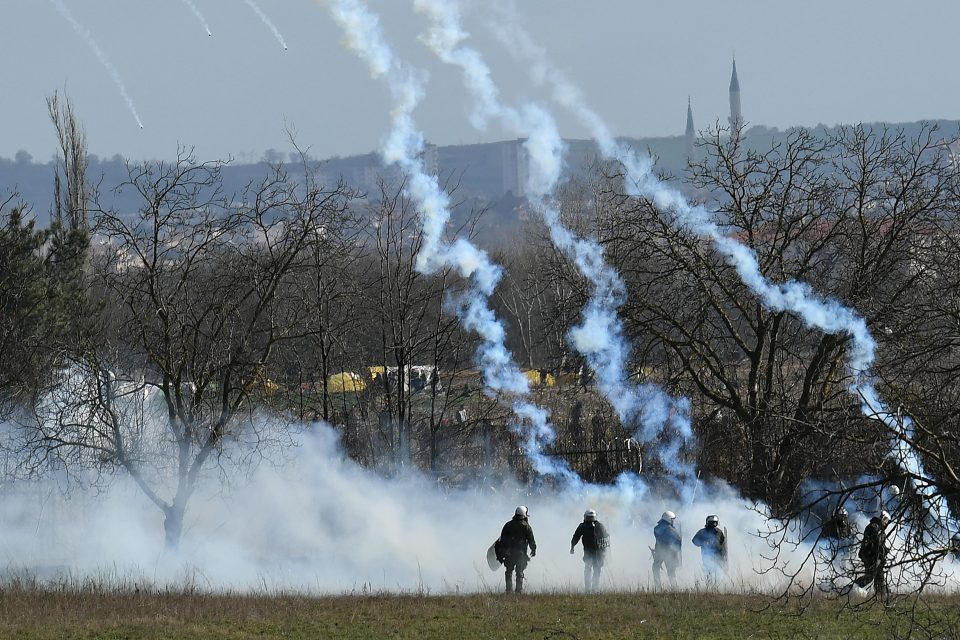 The concern I am expressing, today, stems from the recent, unprecedented incidents at the Evros Greek-Turkish border, in northern Greece.  We have all watched these incidents on our television screens with awe.  Right now, our attention is exclusively focused on the corona-virus but, in parallel, we need to understand and evaluate the asymmetric threats, which manifest themselves at the borders of the European Union (EU) and are potentially capable of causing damage that is far greater than the virus damage.

The first step in my assessment process was to study the international rules that regulate the “management” of immigrants.  I was somewhat surprised when I realised that these rules and, in particular, the procedures followed for their application in practice have “aged” and, to a material extent, they are ambiguous and inconsistent.  The rules were initially adopted in the “Convention Relating to the Status of Refugees” of 1951, also known as the “Geneva Convention”.  The “Geneva Convention” was formulated shortly after the end of WWII and aimed at addressing the problems that were associated with European refugees.  The Convention was amended by the 1967 Protocol (which was based on Resolution 2198/XXI of the General Assembly of the United Nations of 1966).  The amendments primarily concerned the expansion of the timeframe and the geographic coverage of the Convention.  One does not have to be a specialised lawyer to realise that the practical implementation procedures associated with these rules, which were formulated more than 50 years ago – well before the “globalisation” era – are, to a large extent, out-dated and in need of an urgent (unilateral, if need be) revision so that they can cope with the conditions and the circumstances prevailing today.

In order to understand the gist of the problem it is necessary to specify its nature and the therapy prescribed in the Geneva Convention for curing the problem.  The theory is that, in certain countries of the world, dissidents may find themselves living under conditions of oppression and terrorism, resulting in their persecution.  These people are often forced to flee, against their will, in order to safeguard their lives and those of their families.  Given the plight of persecuted dissidents, the democratic countries of the world have accepted their humanitarian obligation to rally to the support of these people and to help them resolve the problem confronting them by allowing their establishment within their territory.  Nobody questions the fact that economic immigrants, i.e. the persons which are not persecuted in their own country but they are merely seeking to raise their living standards by relocating to countries that have a higher standard of living, are not qualified to seek the protection afforded to persecuted people. However, who determines and on the basis of what procedures whether an asylum seeker qualifies to be afforded the protection of the Geneva Convention is a crucial key question. Again, there is little doubt that this is a question on which the receiving country must have the prerogative to judge, having regard, inter alia, to its ability to cope with the obligations thus undertaken.

It is exactly in this respect that the rules currently in force within the European Union (EU) are in need of an urgent revision and updating in order to render them more transparent and readily comprehensible by all those who believe that they qualify for protection and, by extension, to a right of establishment within the territory of the EU.  The full clarification and comprehension of the applicable rules and procedures will clearly discourage economic immigrants from attempting to illegally enter the EU, in the hope that – somehow – they will succeed to secure the “legalisation” of their “illegality”.

In the attainment of this objective it would be very helpful to have all the asylum applications being processed by one single, central authority / organisation within the EU, which will also determine the country in which the applicant will be entitled to initially establish himself/herself (where he/she will be obliged to remain for a period of, say, 5 years).  The application for the provision of the “European Asylum” will have to be filed at an embassy of an EU member-state, prior to the physical arrival of the applicant in the EU.

Following a preliminary assessment of the application, the application should be forwarded to the central processing/evaluation authority, which will have the last say in accepting or rejecting the application.  In the event that a person, whose application for asylum has been rejected, enters illegally the EU, such an illegal act should form sufficient grounds for expelling him/her from the EU, without any other procedure having to be applied or any other approval having to be obtained.

In those very few cases, where filing such an application at an EU embassy, in the country where the applicant is physically located, entails serious risks for the applicant, such applications could be filed with other authorised organisations (such as agencies of the United Nations etc.).  In practice, many asylum seekers, prior to their physical entry into the EU, are located in neighbouring countries (countries which have land or sea frontiers with the EU) and, therefore, there are no obstacles in filing such applications at the EU embassies in those countries.

What needs to be made absolutely clear is that the provision of asylum and the resultant permission to be established in the EU territory is an EU gesture, which emanates from the moral values and principles that are adhered to and applied in the EU.  It is not a “right” accruing to the asylum seekers and, in particular, to those who misuse the option they have to apply for permission to establish themselves in the EU.  The asylum seekers must demonstrate, in a practical fashion, that they fully comprehend their obligation, which they need to assume without any reservation, to respect the democratic traditions of the member-states of the EU and, in particular, the obligation to respect and comply with the laws and the regulations in force.  The duty of respect of the laws of the land is not dependent on whether a resident or a visitor is in agreement with the law he/she is called upon to comply with or not.  The duty of compliance exists and is imposed in all cases, including those where the “regulated” person strongly disagrees with the provisions of the law that oblige him/her to behave in a certain manner.

It follows that when the asylum seekers behave in a totally unacceptable manner, by attempting by force to defy an explicit prohibition of entering into the territory of the EU (as a result of the closing of the frontier passages) and, in doing so, they throw Molotov bombs, tear gas and stones, such behaviour constitutes more than sufficient grounds for blacklisting the offender and precluding him/her, for life, from entering the EU and, more so, from being established there.

Nor is it permissible, when a country, such as Turkey, promotes, through its actions, the generation of immigrant flows (as was the case in northern Syria, as a result of Turkey’s efforts to create corridors of Turkish influence within the territory of Syria) to seek to “channel” such displaced persons into the EU territory or to claim “ransom” for refraining from such acts.

In conclusion, I say that only with the updating of the rules and procedures governing the asylum seekers to the conditions prevailing today, only with a uniform and a well-coordinated central system functioning on a EU-wide basis, and only with the strict application of the applicable rules, can we hope to resolve the huge problem of the illegal movement of terrorists and economic migrants in the territory of the European Union.