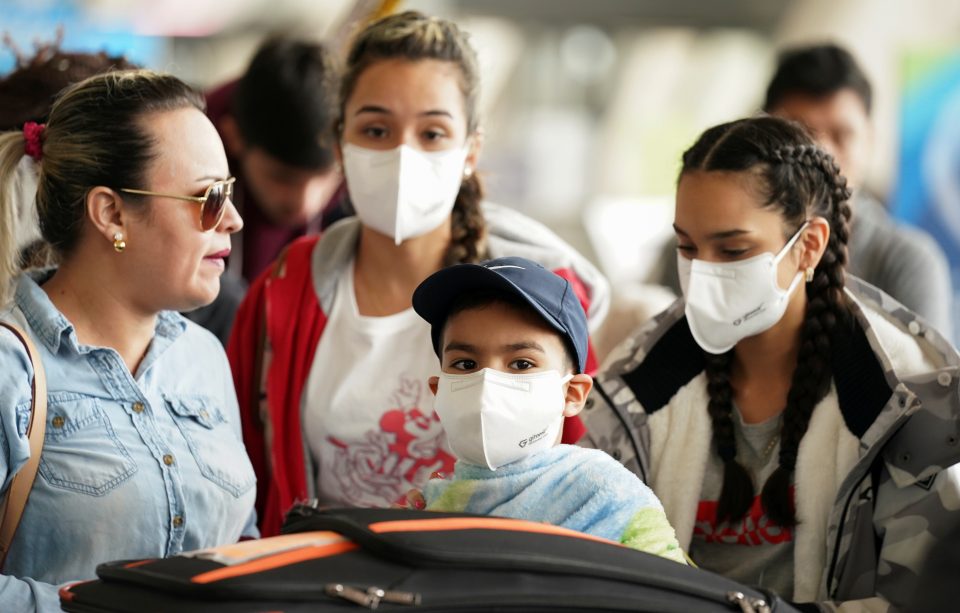 Three major American states are locking down their residents in the face of a rapidly advancing virus storm that is already severely straining health systems in parts of Europe.

Officials in New York and Illinois announced they would largely restrict residents to their homes from this weekend, after California – America’s largest state – did so on Friday.

The three states have a combined population of more than 70 million people.

With American hospitals already under pressure, officials are desperate to prevent – or at least limit – a repeat of what has happened in parts of China, Italy and Spain where the outbreak has overwhelmed medical services.

The outbreak has moderated in Asia, but the concern there has now shifted to preventing its return. China and other parts of the region are now importing cases from Europe, the US and elsewhere.

China’s National Health Commission reported on Saturday that the mainland had no new home-grown cases of the virus for the third day in a row, but there had been 41 imported ones in the previous 24 hours. That followed a surge in cases in Hong Kong on Friday, including 35 imported ones.

Overseas passengers flying to Beijing may have to quarantine in Inner Mongolia if they have the virus or have been in close contact with anyone that does.

The Chinese capital is rerouting flights to three other cities as it tries to prevent fresh outbreaks. One is Hothot, the capital of China’s Inner Mongolia region, 250 miles north-west of Beijing. The other cities are Tianjin and Taiyuan.

The China Daily said passengers and crew will be screened on arrival. Confirmed cases will be sent to local hospitals, and close contacts to quarantine facilities in the cities. Other passengers will then continue to Beijing.

But restrictions on movement are being eased gradually in China, as it tries to restart the economy.

Officials in Wuhan are permitting supermarkets, convenience stores and some other retail businesses to reopen from 9am to 6pm if they are in areas with no confirmed or suspected cases. One person from each household is allowed to go out daily for a shopping trip of up to two hours.

In the US, the restrictions on movement take effect on Saturday in Illinois and Sunday in New York. Connecticut and Oregon are preparing similar moves.

Authorities in New York said all workers in non-essential businesses will be required to stay at home as much as possible, and gatherings of any size will be banned. But residents are allowed out to buy food, medicine and to exercise.

The lock-downs in California and other states sent stock markets tumbling again. Wall Street had its worst week since the 2008 financial crisis, with the Dow Jones Industrial Average falling more than 900 points and down 17% for the week.

President Ivan Duque announced on Friday night that Colombians will be required to isolate in their homes from Tuesday until April 13. The capital Bogota began its own lock-down on Friday, leaving the city’s usually traffic-filled streets largely empty.

The country has 158 confirmed cases, and officials are hoping that drastic measures now will limit the number of new cases in the weeks ahead.