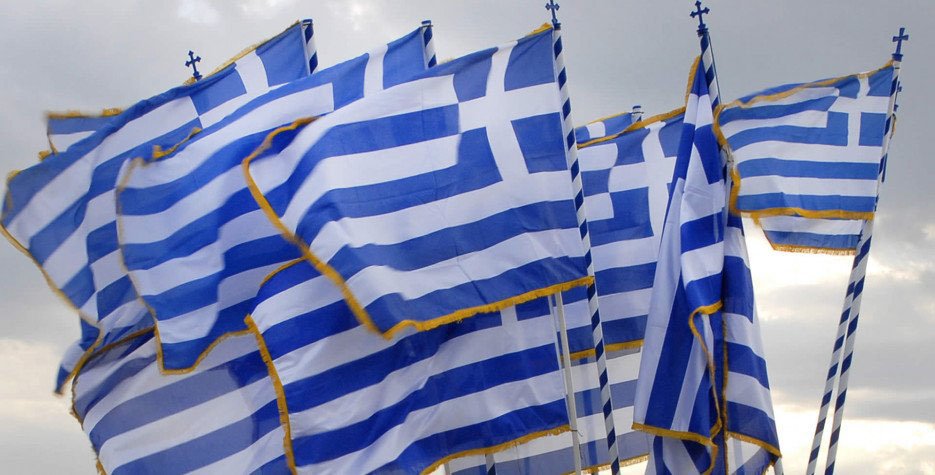 Greek flags,yes, but no church please

Far from leading the Greek revolution, the church opposed it

IN a few days we will be marking the anniversary of the 1821 Greek revolution. The traditional celebrations will go silent this year because of the coronavirus, but the flags that will go up in our towns and villages will still remind us that March 25 is a special day for Greeks everywhere.

One of the biggest illusions hanging over Greek and Greek Cypriot society is that the Greek church led the country’s liberation. That this illusion is embraced is largely down to the popularity of certain national myths like the supposedly brave act of Metropolitan of Old Patras Germanos, the ‘secret school’ and King Otto’s 1838 decision, under pressure from the church, to make March 25 a national holiday to coincide with celebration of the Annunciation to the Virgin Mary.

This illusion has created many taboos that overshadow the search for national self-awareness and nullifies all discussion of historical fact. Whoever dares question the church’s role during Turkish rule is immediately dismissed as ‘unpatriotic’ or an ‘anti-Hellene’, to mention some of the adjectives. Yet Dionysios Solomos, Greece’s national poet, would say that “the nation must learn to regard as national whatever is true.” The defenders of the distortion of history should bear this wonderful saying in mind.

The historical truth is that the Greek church not only failed to take a leading role in the Great Uprising, but on the contrary tried to quash the revolution at birth. The circulars issued by Patriarch Gregorios V in March 1821, according to Spyridon Trikoupis in his  History of the Greek Revolution, praised the ‘countless virtues’ of the sultan and claimed that Greeks lived “undisturbed, with their wives and children, with their properties  …and with the privileges of religion.” In this way the Patriarchate cursed and excommunicated as “worthless members, the malicious, foolish, conscienceless, fraudsters, evil-doers, malevolent, ungrateful and plotters” that took up guns against the “state kingdom of the Sultan” and renounced the “satanic value of the rising”.

It is said in church circles that the patriarch was forced to renounce the revolution. Prominent historians counter this claim. History professor Vasilis Kremmydas’ area of specialisation was the period of Ottoman rule in Greece. He explained in an article published Athens newspaper Ta Nea in March 2011 that there was another circular issued by the same patriarch in 1797, with the same ideological content.

Under Ottoman rule the ecumenical patriarch was the religious and administrative governor of the whole “Greek Orthodox nation” of the Christian populace. During Ottoman rule, the top clergy had great powers, both temporal and spiritual, thanks to the decrees of the sultans and together with the conquerors oppressed the Greek people. The testimony about the wretchedness of the faithful and the wild exploitation by the senior clergy is limitless. Panayiotis Pipinelis, who served as foreign minister under the Junta, wrote in his Political History of the Greek Revolution: “Agriculturally feudal in the countryside, politically scheming and diplomatic in Constantinople, the top clergy, slipped far away from the national conscience, remained alien to the mourning and suffering nation and became a natural ally of the Turkish and national oligarchy.”

The historian Yiannis Kordatos in Great History of Greece adds: “The monks, who then had great power, as well as the big majority of the bishops, had an interest in being the unquestioning organs of the Sultan, as he allowed them to have, like before, to have a privileged position in every town and village, to exploit church and monastery properties and enjoy rights they did not have before.”

The shameful alliance of the Ottomans and senior priests was also recorded by distinguished foreigners. The English surveyor, WM Leake, who had toured Greece before the revolution, wrote in his Travels in Northern Greece that “the feeling that prevailed among the common people was that the bishops were one of the main causes for the current humiliation of the Greek nation.”

The secretary of the Greek embassy in Constantinople, William Gell, informs us in Narrative of a Journey in Morea that “the Greeks among themselves would say the three wounds of their place were the bishops (these first), the elders (second) and the Turks last.”

To a foreign historian, it would appear freakish, an oxymoron, absurd, bizarre and hypocritical that the church leads the March 25 celebrations. It is like the members of Junta celebrating the anniversary of the return of democracy to Greece in July 1974. Celebratory speeches could also be made outside the churches. And the impartial historian would note that out of basic dignity and, most importantly respect for the memory for Fereos, Ypsilantis and other excommunicated and savagely disparaged independence war leaders, the Greek people should not have allowed the the church to participate in March 25 celebrations.