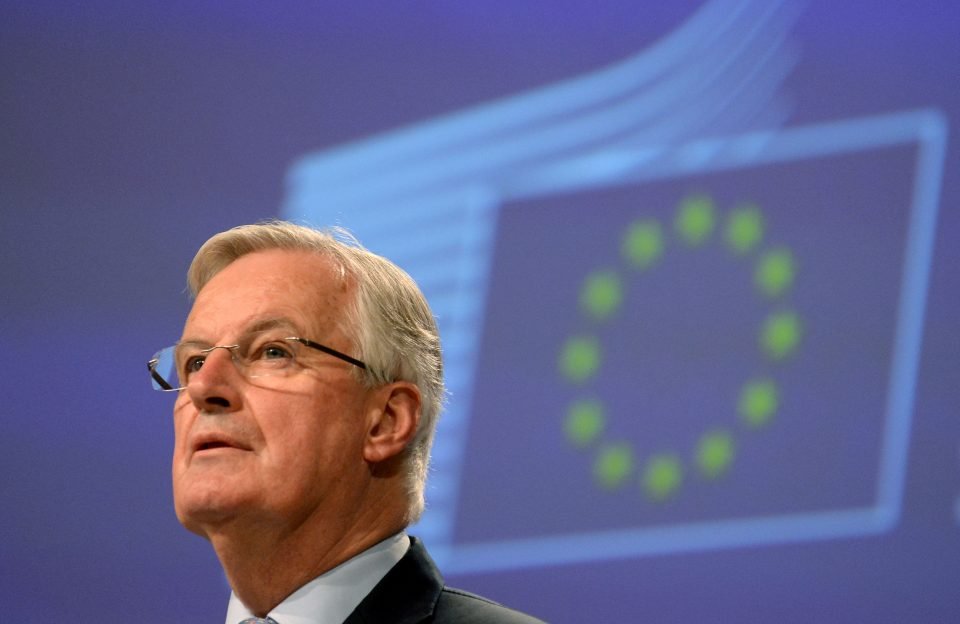 Michel Barnier, the EU's chief negotiator for Brexit, has contracted the virus

The pros and cons of government policy on how to manage the current public health crisis are beyond the remit of anyone who is not in the thick of it.

All one can say, as an armchair columnist, is that Queen Elizabeth II put it well when she said last Thursday that “communities coming together”, is the way ahead for us all.

Nevertheless, the crisis has raised fundamental issues about the rights of citizens to come and go from the country of their nationality.

In Cyprus the constitution is clear: no citizen shall be banished or excluded from the Republic under any circumstances.

European human rights law is clear too: no one shall be deprived of the right to enter the territory of the state of which he is a national – although states can derogate from this in time of emergency threatening the life of the nation.

The use of the word banished in the constitution is a bit dated – odd even. Napoleon was banished to St Helena. In 1956 Archbishop Makarios was banished to the Seychelles for a short while where he read and prayed and perfected his English, and returned in triumph.

But seriously can a citizen be excluded from his country?

In UK law the answer is a yes and no: British citizens are free to live and come and go “without let or hindrance” except as may “otherwise be lawfully imposed on any person”.

In Cyprus citizens cannot be excluded in any circumstances.

So, what is the reach and content of that seemingly absolute right in Cyprus?

If a citizen is told he needs a medical certificate to arrive in Cyprus on account of a public health emergency is he being excluded?

Suppose some citizens embark on a sailing boat from Rhodes and land at the marina in Limassol. Could they lawfully be excluded?

They may be quarantined if they need to be medically cleared but, surely, they can’t be told to head for the open sea. As individuals they could insist on being landed although they can be compelled to get medical clearance before being allowed to circulate.

What if a law says that everyone irrespective of nationality needs a medical certificate to travel to Cyprus, and the government also passes a law, fining airlines €20,000 per passenger if they fly anyone to Cyprus without one? The question then is whether the government has the power lawfully to impose such a fine on the airline. If it does, the fact that it has the effect of excluding Cypriot nationals may be problematic but not insuperable.

It all depends if the law is necessary and proportionate to prevent spread of an infectious disease. Governments are obliged to protect the society they are elected to serve. On the other hand, society is composed of individual citizens.

So, the government has to strike a fair balance between the right of the individual not to be excluded from the country of his or her nationality and measures taken to protect public health.

Ultimately, it is not what the government does but how it does it.  You can’t insist on medical certificates if they are impossible to obtain; that would be excluding the citizen from the Republic.

But a government is entitled to tell airlines that as a general rule they must not fly any passengers without medical certificates on pain of a hefty fine. That would be lawful provided there are exceptions to enable citizens to fly without certificates if the requirement is impossible to satisfy or unfair in all the circumstances.

That said if someone manages to get through the net and arrives at an airport it would be unconstitutional for immigration control to refuse him entry and turn him back.

Indeed, I am not sure the airline could be compelled to fly him back. Directions to airlines are normally to fly refused passengers to the country of their nationality.

What about the old chestnut beloved of Cypriot lawyers: the doctrine of necessity? Aha, now you are talking about something truly controversial in Cyprus, but this is not the time to go into that conundrum.

A public health necessity is a different kind of necessity: it is a policy, not a basic constitutional provision that needs to be suspended to enable the machinery of government to operate.

So much then for the legal aspects of the public health crisis. However, the coronavirus crisis is not just a public health issue. We transmit colds and flu all the time, and they kill some people and make others ill, but they never leave people stranded across the globe, ground the whole passenger airline industry, cause the stock market to crash and interfere with rich Russians’ shopping trips to Harrods.

If you take panic and fear out of the equation what is this novel coronavirus about? The scenes from northern Italy are grim. This is Luciano Pavarotti’s neck of the woods and the virus has wreaked havoc among the elderly there.

On the other hand, the tall, elegant Michel Barnier, the EU’s 69-year-old chief Brexit negotiator, has been infected with the coronavirus and is recuperating at home and looks OK.

“For all those affected already, and for all those currently in isolation, we will get through this together,” he said.

To end where I began, excluding citizens may be legally permissible but it is ethically impermissible if as Michel Barnier says we are going to get through this together.

Perastika and Gecmis Olsun to all those afflicted in Cyprus and elsewhere. Hang in there!

Britain’s NHS could be overwhelmed by coronavirus like Italy, PM Johnson warns