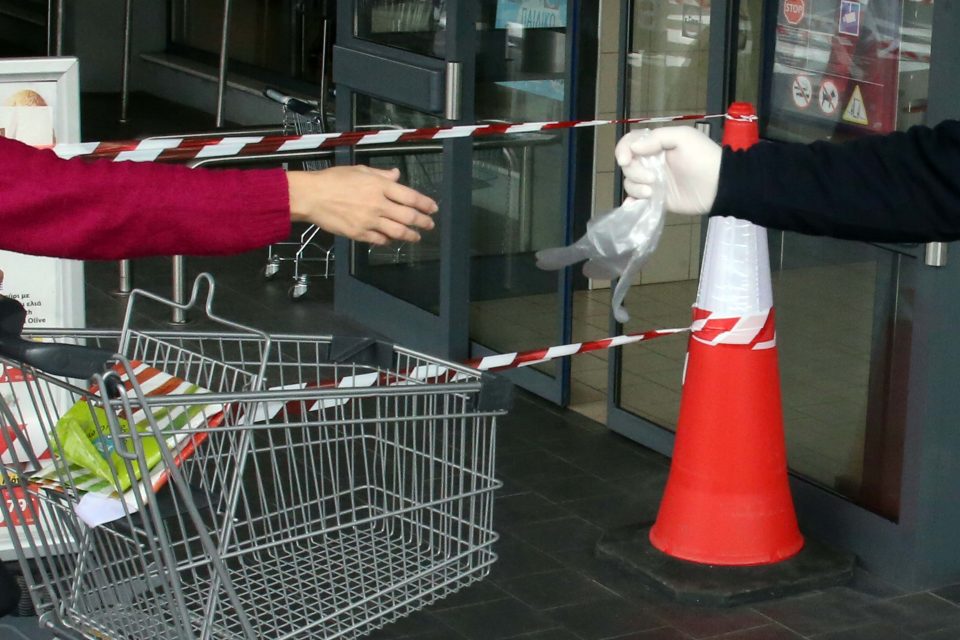 Despite grumbling by some customers who were unaware on Monday that new regulations meant only people over 60, and the vulnerable could shop at supermarkets between 7am and 10am on producing ID, most people fully complied supermarkets said.

A manager at a popular supermarket in Pallouriotissa, Nicosia, said some customers who came to shop on Monday weren’t yet aware of the new measures. “A few of them were very surprised when they arrived at the supermarket early in the morning and found out they couldn’t do their shopping until 10am,” he told the Cyprus Mail.

“Of course they weren’t pleased. Some started complaining they had planned their visit to the supermarket in advance and they couldn’t wait until 10am to shop.

“But, after the initial reticence, everyone understood the measures are in place for a good reason,” he added.

He also said the majority of people were now wearing masks and gloves while shopping.

“Thousands of people visit supermarkets every day, people being extra-careful is a sign that they understand how serious the situation is,” he said.

Down the road at Lidl, one Nicosia resident found himself in the reverse position.

Though he met the threshold of 60 to enter the supermarket early, being in good health, he decided to leave the early hours to those who needed it most and turned up after 10am instead only to find he was not allowed in.

“I feel miffed but impressed after being turned away by a Lidl store in Nicosia just now. I was too old. After checking my ID card the chap on the door blocking my entry told me politely but firmly that it was for my own protection,” said 60-year-old Leonitios Michaelides.

He had known that only the elderly were allowed to go into supermarkets between 7am and 10am and assumed it was for the over 70s.

“So I did the right thing and went after 10am, only to be told that I was too old and could only shop between 7am and 10am. It was for my own protection. I’m a bit insulted though that I clearly look so old”

Bank of Cyprus also announced on Monday that it was applying the new measures as of Monday at all branches between 8am and 9am.

Customers who do not belong to the vulnerable groups will only be served after 9am.

The president of the supermarkets’ association Andreas Hadjiadamou said on Monday the new regulations issued by the health ministry were necessary.

“I absolutely agree with the new opening times,” he told the Cyprus Mail, “and I am very pleased to say that people all over the country understood their importance.”

“The new measures are fundamental to protect those most in need of protection, like the elderly and people with a pre-existing medical condition. We all need to do our part to avoid unnecessary risks.”

Hadjiadamou also expressed hope that the measures would continue in the coming weeks.

In addition to that, he reiterated that there was an adequate supply of products in supermarkets and that they would not face any shortages of products.

He said traffic to the supermarket has returned more or less to normal levels though slightly high for a Monday, but nothing like the kind of purchasing seen last week.

Aside from supermarkets, pharmacies are also included in the new decree, which now requires people to show their IDs at the entrance in order to be allowed in.

Specific patients’ association cards or certifications that prove the person belongs to a vulnerable group are also accepted.

Meanwhile, supermarkets are also scrambling to provide remote shopping and home delivery services for the increasing number of people staying and working from home who do want to venture out or mix with groups of people however small.