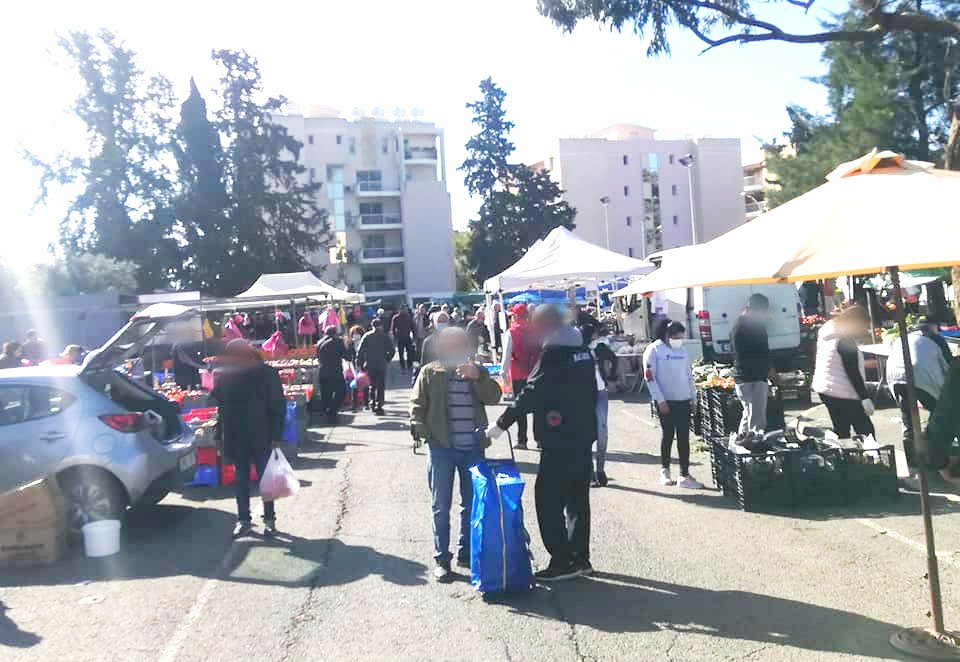 The Cyprus Medical Association (Cyma) on Monday called on the government to impose a complete ban on unnecessary travel to stop the spread of the coronavirus “before it’s too late”.

In an announcement, Cyma said the government needed to take stricter measures even a temporary total lockdown “without delay” to halt the uncontrolled spread of the virus mainly from asymptomatic cases,” it said.  “It is absolutely necessary to support healthcare services and workers.”

Reports earlier Monday said the government might be looking to take stricter measures against people taking day trips to city parks, villages, and other outdoor spaces after concerns were raised over the weekend when visitors flooded outdoor areas for walks despite the rising coronavirus cases.

The advisory committee for the health ministry has also been discussing the total ban on unnecessary travel, committee head Dr Erini Christaki said.

Christaki said an ‘intense’ discussion is ongoing at the advisory committee.  Commenting on the committee’s work, Christaki said the decisions they make are then passed on to the ministry to issue the directive.

She added the committee has been forced to bring up the lockdown measure as the public is not conforming.

Regarding the rising number of casse, Christaki said: “We will continue to see cases rise, as the contacts [of existing cases] are still being determined, and there are the cases of travellers in quarantine, who have still not passed the time limit, meaning they could be developing symptoms.”

Images surfaced over the weekend of full car parks, and lines of people in parks and open-air markets, raising concerns. As of Sunday, the total number of coronavirus cases in the government-controlled areas rose to 95.

The Nicosia district forestry department office, in charge of Athalassa park and Academias Park, told the Cyprus mail there were many people in the parks, but most were keeping their distance from each other.  However, the office added they were examining further measures, after images surfaced of full parking areas, and they expect them to be announced during the day.

In Limassol, the municipality has also started to take measures in the outdoor spaces of the city.  The municipality said they had already closed the parking areas at the seaside park in the city as well as the playgrounds for children.

The mayor, Nicos Nicolaides said: “The public is obliged to follow instructions to prevent the spread of coronavirus.”

However, he added the public does not seem to be conforming to the instructions to stay home.

Concerned readers contacted the Cyprus Mail to tell Cypriots going out to “stop being reckless!”

They added they have been in lockdown since the virus broke out, and that from their apartment in Limassol they could see many people walking around on the promenade in the city.

“Watching these people walking, serene and relaxed, as if they were on vacation, an obvious question arises: are they crazy or are they just so irresponsible and selfish?” the readers, a couple, said in an email.

“Do they watch television? Do they read a newspaper occasionally? Or does their brain live on another planet? We really can’t believe what our eyes are seeing! People’s life is in danger, it’s not a joke! Look at what’s going on in Italy, don’t make the same mistakes, think about it in time! Stop being reckless!”

Another concerned individual commented to the Cyprus Mail, there were many people visiting rural villages in the mountains, where they live. The reader said the local mayor contacted the police, who said there was nothing they could do, as the government did not issue instructions for these excursions.

“The health service here would not be able to cope with the number of sick if Covid-19 arrives in the mountain villages,” the reader said.

Crowds of people from Limassol flooded up to Mallia at the weekend, the reader said.

“This seems to be a problem in other villages to.  One mukhtar contacted the police but they are unable to do anything because there is no government directive telling people not to go to the mountains and so people do what they want,” the reader added.

China sees drop in new coronavirus cases; all of them imported