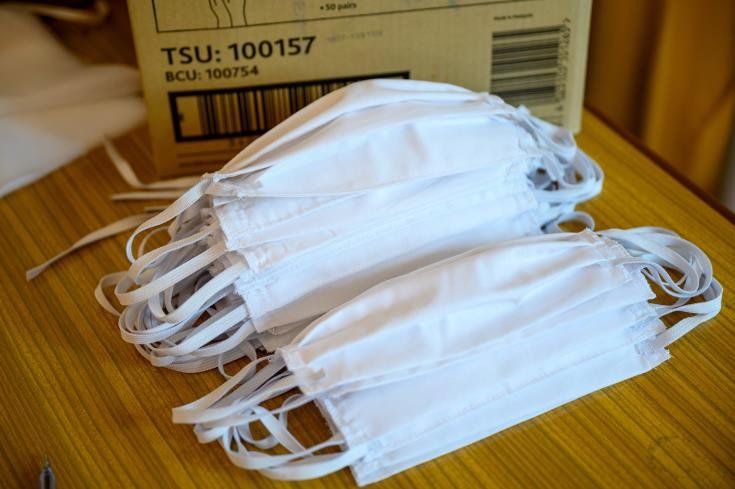 Brussels said on Monday it had earmarked €5m to support the Turkish Cypriot community’s response to the Covid-19 pandemic.

The German tourists, who have been quarantined in the Salamis Hotel in the Famagusta area, are to be repatriated early Tuesday morning.

The European Commission said Monday it would fund the provision of medical equipment and supplies to the Turkish Cypriot community with an indicative budget of €5m.  EU’s support is co-ordinated through a contract with the UNDP and in collaboration with an international health expert, the co-chair of the bi-communal committee on health and relevant local stakeholders.

The needs are assessed in line with the World Health Organisation’s (WHO) guidance to ensure the provision of the most relevant and urgent elements are covered. The European Commission works intensively to ensure that the delivered equipment will be fully operational immediately, the commission said.

Turkish Cypriot parties met on Sunday with the ‘government’ to discuss the financial crisis being faced by the north and new measures to be adopted to stop the spread of the virus.

Political party leaders estimated that there would be a need to ask Turkey for an additional €282m by the end of the year.

A partial curfew was also announced that as of midnight Sunday people should only go outside for trips to the supermarket, pharmacy, bank and petrol station for a period of 14 days. The measures include a ban on all home visits, as well as, picnics and sightseeing, which if violated could result in arrest.

Everyone, except private-sector employees of companies involved in providing basic needs, as well as public sector personnel who provide crucial services such as police will be subject to the partial curfew.

Meanwhile, Turkish Cypriot ‘foreign minister’ Kudret Ozersay visited the buffer-zone village of Pyla and promised that they help they need there was on the way for Turkish Cypriots in the mixed village.

Ozersay said ambulances had begun to provide services in the Pyla area and added that the distribution of water and other essentials would begin soon.