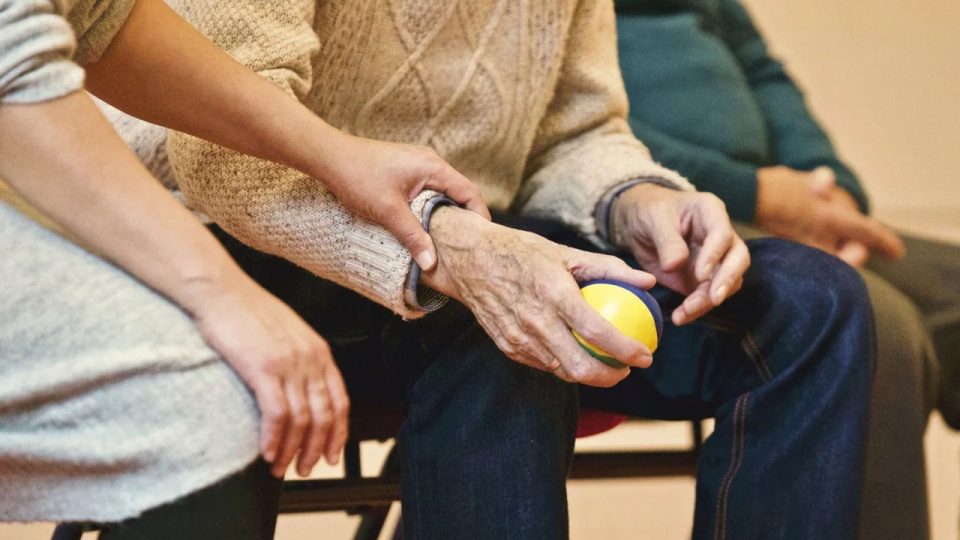 Relatives can no longer visit their elderly parents

Old people’s homes – housing a substantial proportion of the ‘at-risk’ elderly – have been forced to lock their doors in the Covid-19 pandemic, to the dismay of some relatives.

Fearing the worst, and often forced to operate with limited staff, nursing homes are rushing to take measures to protect their residents, who are at higher risk of catching the virus. Top of the list, of course, is keeping out visitors, who might carry infection.

“We texted all relatives on Tuesday, informing them of a ban on all visits as a precaution,” a staff member at the Ayia Marina home in Strovolos told the Sunday Mail.

According to the Ayia Marina worker, the adult children of some residents reacted badly at first, unable to understand the rationale behind the decision. Some, despite being “highly educated”, demanded to see their parents anyway.

“There was a woman who came beating on the glass door with her hands, screaming to let her in. She even threatened to report the matter to the ministry,” the staff member said.

Communication problems may be adding to the confusion. A woman whose mother lives in a state care home in Aglandjia told the Sunday Mail: “My mother called me and told me all visits were cancelled. At first I didn’t believe it, because no-one had notified us.”

The care home locked its doors starting Tuesday, until further notice. According to the director of the home, an announcement was placed at the main entrance laying out the measures, and stating that visits have been limited.

“Relatives have been understanding, but there are some who worry about not seeing their loved ones,” the director said.

“I can’t see my mother, but I would like to believe she is in good hands,” hairstylist Loukia Ellina told the Sunday Mail. “They are responsible people there.”

As already mentioned, many homes are operating with reduced staff. Many nurses and caregivers have withdrawn from their job after the health minister announced that parents with children younger than 15 years of age are allowed paid leave from work, following the closure of schools to avoid spreading of Covid-19.

Nurses who are left to take on the burden are at times overworked, trying to cover the shifts of others, while it is almost impossible to hire emergency part-time staff since most would prefer to take advantage of the benefit and stay home.

The changes have caused dismay among some residents as well as their relatives. “No-one is coming here. The girls who used to sing to us, others who were teaching us crafts, the physiotherapist… No-one comes,” one of the youngest residents in a Nicosia state care home told the Sunday Mail.

“They are not even letting us go out in the front yard to get some sun,” she added.

“It can have a huge impact for people who were previously receiving daily visits,” confirms a psychologist from Larnaca. “They are at risk of depression.”

“If I were managing one of those homes, I would assign the residents to come up with ideas and organise activities.”

Staff from various nursing homes told the Sunday Mail that residents mainly watch TV, though they try to keep them occupied by encouraging them to paint, making them dough to play with, singing, or reading them religious books.

Directors argue that they are following the measures laid down by the president and the health minister for such facilities. Guidelines from the welfare services arrived via e-mail a few days after most establishments had already implemented the necessary safety measures.

“During the first week we limited visiting hours to only two hours per day and one visitor per resident,” Roulla Hadjionnou, director of Oasis nursing home in Larnaca, told the Sunday Mail.

Subsequently, after Hadjioannou received the instructions from the welfare services, all visits were banned as from March 16.

Despite the ban, however, residents at the Oasis nursing home did not show any signs of loneliness and they are cooperating perfectly with staff, according to Hadjioannou.

“When we announced it to them, they said: ‘But we know you love us’.”

To ease the transition, Hadjioannou allows some relatives to park outside the facilities, so they can see their relatives sitting in the yard and make sure of their wellbeing.

Pensioners make up about 30 per cent of the population, according to the latest data by the statistical service of Cyprus. It’s well-known that the elderly are the age group who are most vulnerable to the virus, with death rates rising to 10-15 per cent for those over 80.

Herbal medicines and coronavirus strains: what does previous experience teach us?