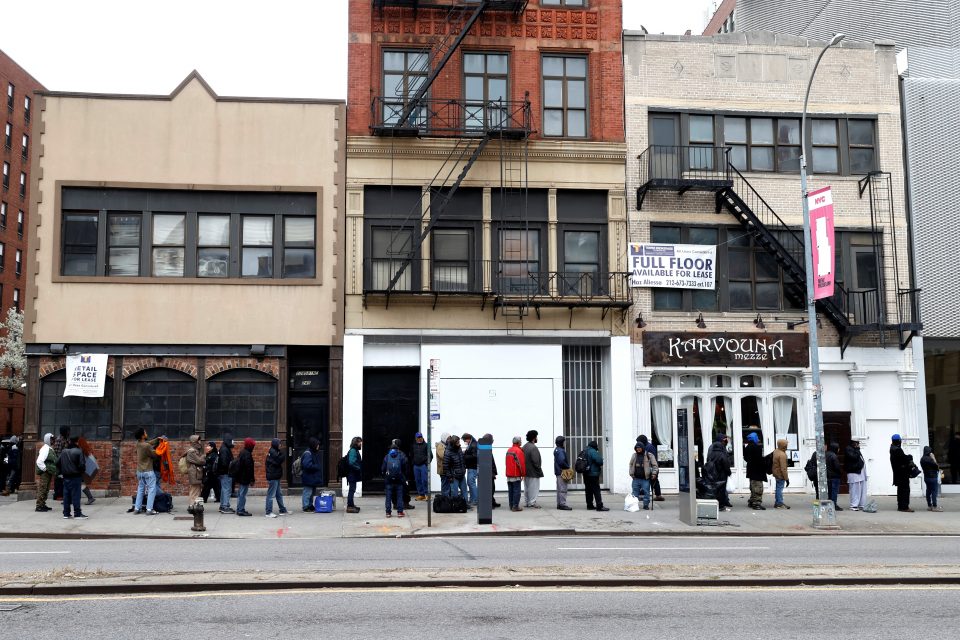 Once a radical idea on the fringes of mainstream economics, handing out cash to citizens has been mooted in the United States and Britain as a way to protect vulnerable peoples’ livelihoods as the coronavirus crisis accelerates.

Universal Basic Income (UBI) involves giving citizens cash payments each month to spend however they see fit, often in addition to welfare benefits that tend to be tied to specific needs, such as housing or childcare.

Advocates say its simplicity allows governments to bypass time-consuming bureaucratic processes, while giving beneficiaries the security of knowing they will have some income even if their circumstances change.

In the face of the vast economic fallout from the virus that the International Labour Organization (ILO) has warned could cost up to 25 million jobs globally, politicians and economists are warming to the idea.

“There is a realisation it would be a good way of ensuring people’s safety nets are covered and therefore they can follow public health advice to stay at home more easily,” said Fran Boait, executive director of British think tank Positive Money.

U.S. lawmakers agreed on Wednesday to send direct payments to citizens as part of a massive stimulus package worth nearly $2 trillion, to include two waves of cheques of up to $1,200 for an individual earning up to $75,000 a year.

UBI has also captured the U.S. public’s attention – last week the hashtag #Yangwasright – referring to Democratic presidential candidate Andrew Yang, who made UBI the cornerstone of his campaign – trended on Twitter.

In Britain, 175 parliamentarians signed a letter on Sunday calling for emergency UBI to “give everyone the financial support they need to provide for themselves and their families during this crisis”.

UBI is effective, said Boait, because different households have different circumstances – whether the cash is for working parents in the gig economy or stay at home carers, it allows flexibility to spend money where it is really needed.

“What basic income can offer is a step towards having an economy that puts wellbeing and people’s basic economic standards at the centre,” she said.

There have been several UBI experiments around the world with mixed results. A scheme in Kenya that gave cash payments to poor people between 2011-2013 was reported to have improved households’ wellbeing and food security.

Finland was the first government to back a UBI pilot, running a two-year scheme, but researchers that while it did improve happiness, it failed to boost employment as hoped and was not extended.

Voters in Switzerland overwhelmingly voted against a policy to introduce a guaranteed basic income in a 2016 referendum.

Stockton, a city in California where one in four residents lives in poverty, launched its own pilot scheme last year, giving $500 a month to 125 people living below the median income of $46,000.

Critics argue that UBI could be open to abuse, with cash spent irresponsibly or recipients discouraged from finding work.

But academics behind the Stockton project said that did not happen, with 40% of payments spent on food.

“What the spending data so far really highlights is the real vulnerability of most workers in our economy,” said Amy Castro Baker, an assistant professor at the University of Pennsylvania.

“When you think of that in the context of the Covid crisis, you are taking a group of people who are already living at or below the poverty line, living pay cheque to pay cheque, and adding all these stresses on top of that,” she said.

“People were really rational and really savvy about how to bridge those gaps and that the flexibility of cash allows them to move money around as they are experiencing income shocks.”

‘SPEED IS OF THE ESSENCE’

As the global economy heads towards recession, another reason why lawmakers and economists are edging towards UBI is because of lessons learned from the 2008 financial crisis.

Governments including Britain and the United States spent hundreds of billions of dollars bailing out banks yet inequality is reported to have worsened.

“What we saw happen was the economy recover but not the average American,” said Castro Baker.

“We are in an incredibly vulnerable position again so any proposal that is aimed at rescuing business without aiming to rescue the people holding up the economy is going to fall flat.”

While unprecedented times call for bold solutions, critics argue that with the coronavirus crisis evolving at such a fast rate it would be the wrong time to introduce UBI, which has not been rolled out on such a grand scale before.

“Speed is of the essence – help is needed now. Rather than trying to reinvent the wheel, we need practical, but no less radical solutions that can be implemented straightaway,” said James Smith of the Resolution Foundation, a British think tank.

“The blunt truth is that a UBI is a diversion from practical support that can delivered right away,” he said.

Among measures proposed by the Resolution Foundation was to underwrite workers’ wages, which the British government announced on Friday.

But the think tank said the government needed to go further to protect Britain’s five million self-employed. Boait said these measures may be “too little too late”, and UBI is the best solution, presenting an opportunity to reform the economy in a way that it works better for everyone.

“The economy is designed by us – we make the rules, so if humans want to redesign it, we can,” she said.