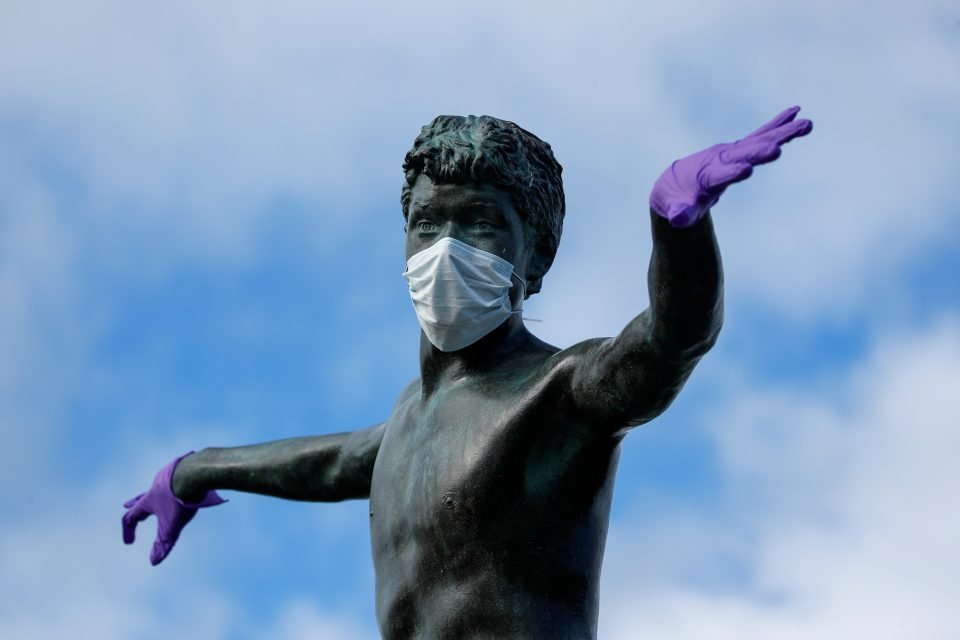 New York state suffered another quick and brutal rise in the number of COVID-19 cases on Tuesday, staggering hospitals at the U.S. epicenter of the coronavirus epidemic, as California said it could be facing the next major wave of the disease.

In New York City, the densely packed home of more than 8 million people, healthcare officials tried to find hospital beds for the surging number of coronavirus patients as the statewide death toll rose to 210, with more than 25,600 confirmed cases.

The White House advised anyone who has visited or left New York to isolate themselves.

“Everybody who was in New York should be self-quarantining for the next 14 days to ensure that the virus doesn’t spread to others, no matter where they have gone, whether it’s Florida, North Carolina or out to far reaches of Long Island,” Deborah Birx, who is helping lead the White House coronavirus tax force, said at a late-afternoon press conference.

The expected need for hospital beds in New York state at the peak of the outbreak has spiraled to 140,000, nearly three times what are available. Infections were now doubling every three days in New York and the worst could still be two to three weeks away, said New York Governor Andrew Cuomo.

Nationwide, COVID-19, which broke out late last year in Wuhan, China, has infected more than 53,000 people and killed at least 720.

President Donald Trump declared major disasters for New York and Washington state, the nation’s first hot spot and accounting for at least 117 deaths, and said he would soon do the same for California.

“We are enduring a great national trial,” Trump said. The president softened a vow to reopen the nation’s economy by Easter, saying he’ll listen to experts first, including Birx and Anthony Fauci, director of the National Institute of Allergy and Infectious Diseases.

In California, where 51 people have died and 2,200 tested positive, Governor Gavin Newsom said fully half the confirmed cases were between the ages of 18 and 49, figures he said are “a reminder for everybody to take this seriously.”

Newsom cited the death of a teenage boy in Los Angeles County, although health officials there said the case was complex and an “alternate explanation” is possible.

Newsom, who warned that half of Californians – or about 25 million people – could potentially be infected in the coming two months, said the next six to eight weeks would be pivotal in determining whether a clampdown on residents has slowed the spread of coronavirus.

California also desperately lacks the hospital beds it needs to care for so many critically ill patients, Newsom has said, although Tesla co-founder Elon Musk “came through on his promise” to deliver over 1,000 badly needed hospital ventilators, and the state brought another 3,000 online.

The U.S. Navy hospital ship Mercy was expected to arrive at in Los Angeles on Friday with 1,000 hospital beds to ease the burden on the state’s healthcare system.

Despite the crisis, the Dow Jones Industrial Average soared to its biggest one-day percentage gain since 1933 after U.S. lawmakers said they were close to a deal for a massive economic rescue package in response to the outbreak.

The World Health Organization said on Tuesday the United States had the potential to become the global epicenter of the pandemic, citing a “very large acceleration” in coronavirus infections.

Democrats, including Governor Cuomo, have criticized Trump, a Republican, for suggesting he would reopen the nation’s economy by mid-April.

“If you ask the American people to choose between public health and the economy, then it’s no contest. No American is going to say accelerate the economy at the cost of human life,” Cuomo said earlier in the day.

Newsom did not criticize Trump but said April would be “sooner than any of the experts that I’ve talked to would believe is possible” for California to lift its restrictions.

The governors of at least 18 states in recent days have issued stay-at-home directives. The sweeping orders, unprecedented in their breadth and depth, encompass about half the nation’s population.

The rules are based on social distancing principles designed to put more space between individuals in order to slow the spread of the highly contagious and potentially lethal virus.

Even before the first statewide controls went into effect last week in California, the coronavirus pandemic had virtually paralyzed sectors of the U.S. economy and upended daily lives of Americans as school districts and colleges canceled classes.

Americans reported frayed nerves after days of working from home, unable to take part in many activities and looking after children with no schools to attend.

Terri Gilbert Thompson, 44, and her husband Scott, both teachers in Hilltown, Pennsylvania juggled teaching remotely with homeschooling their own three children.

“It has been a challenge, but we are willing to make it work to ensure that the virus doesn’t spread,” Thompson said. “We’re doing our best to keep our students engaged in learning, monitor and enrich our own kids’ learning, while maintaining our own sanity during this challenging time.”