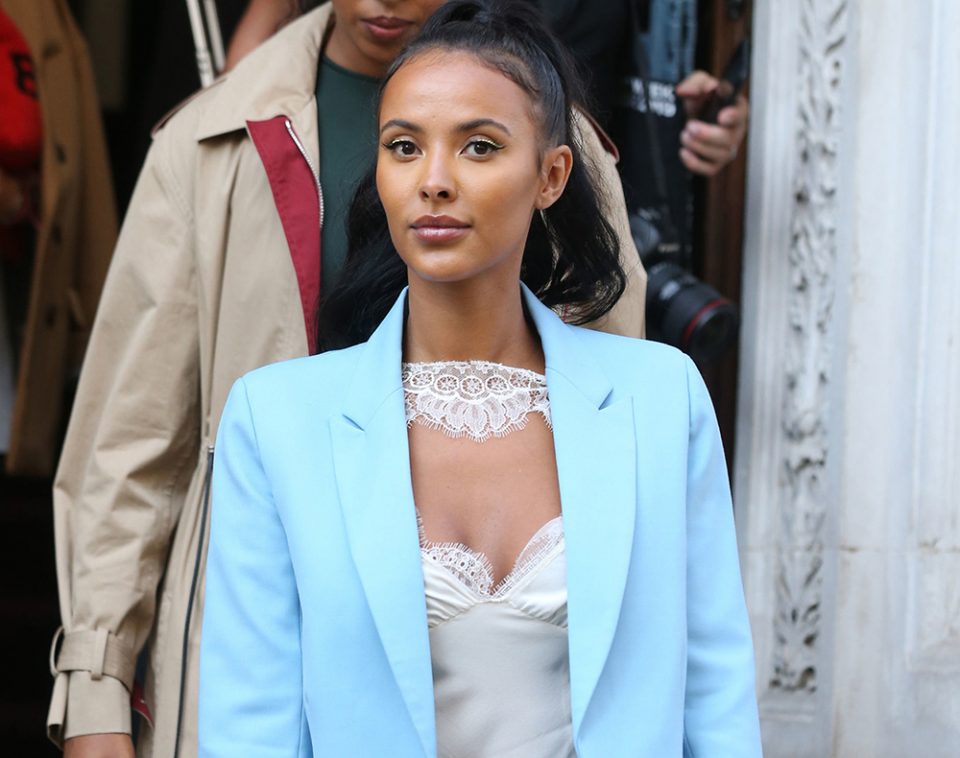 As far as fashion trends go, ‘underwear as outerwear’ is probably one many of us might immediately discount ourselves from.

After all, flashing your undies – on purpose – sounds pretty risque and hardly appropriate for the office. This isn’t a trend that screams ‘practical’!

While we’re not recommending you start wearing lacy bras and little else to work however, underwear as outerwear really could be more wearable than you think – it all depends on how you style it.

The scope for what you can wear is surprising broad, with bralettes, slip dresses and silk camis inundating the SS20 catwalks.

The trend has even made its way onto the red carpet, with Margot Robbie recently wearing a feathered black bra for the London premiere of new film Birds Of Prey (and she looked sensational, naturally).

It’s not entirely new – underwear as outerwear comes back into fashion every few years – and this season it has a new twist, taking inspiration from the Nineties.

Here’s how you can actually style the new underwear as outerwear trend, without raising too many eyebrows…

A major part of the trend is bralettes, which are essentially formal sports bras. It-girl model Kaia Gerber stole the show at Givenchy this season wearing a pale pink satin bralette, in a collection inspired by the minimalist and powerful vibe of early-Nineties New York.

Givenchy wasn’t the only fashion house championing this sexy trend, with Lanvin, Loewe and Mugler all sending models down the catwalk in similarly fancy bralettes.

So how can you actually recreate this trend yourself? Bralettes can be easily styled for going out with friends – team one with high-waisted trouser and a slouchy blazer and you’ll reach Givenchy levels of cool.

Believe it or not, this trend could even be appropriate for the office (depending where you work maybe!) if you layer a crisp white shirt underneath your bralette.

Go lacy for a feminine vibe, or you could even wear an actual sports bra with high-waisted jeans for a sportier look. After all, athleisure still dominates, and mixing more formal, tailored pieces with sporty styles is bang on trend.

Few things are better than already owning something that fits with a new trend. Silk camis are a big part of nailing underwear as outerwear – and chances are you already have one in your wardrobe. If you want a bit more coverage than a bralette but still want to be on the cutting edge, a sexy vest is the way to go.

Pair with jeans and boots for a casual look, or slip under a coloured suit for a more formal event.

The key here is to keep things simple. Go for block colours – either sexy reds or blacks, or pastels for a cuter or more neutral vibe – and stick to a lace trim if you want any detailing. Keep the cami minimalist to really play into the Nineties inspirations.

Few things could be more Nineties than a slip dress, and they also fit nicely into the underwear as outerwear trend. LA-based designer Jonathan Simkhai championed slip dresses for SS20, sending loose, floaty frocks in a rainbow of pastel colours down the runway.

You can play around with hemlines and layer over shirts or turtlenecks, depending on the weather and what you’re dressing for. Lean into the grungy Nineties vibe by teaming a silky slip with stompy black boots, making for a striking contrast with the delicate dress.

Cowl necks have also proved particularly popular this season, which is where the dress has a loose neckline draped over the collarbone. This is a good way of making sure your slip dress doesn’t look too much like you’re still wearing your nightgown too – a solid fashion choice.

Coronavirus: Two fined €400 each by Paphos court for defying lockdown