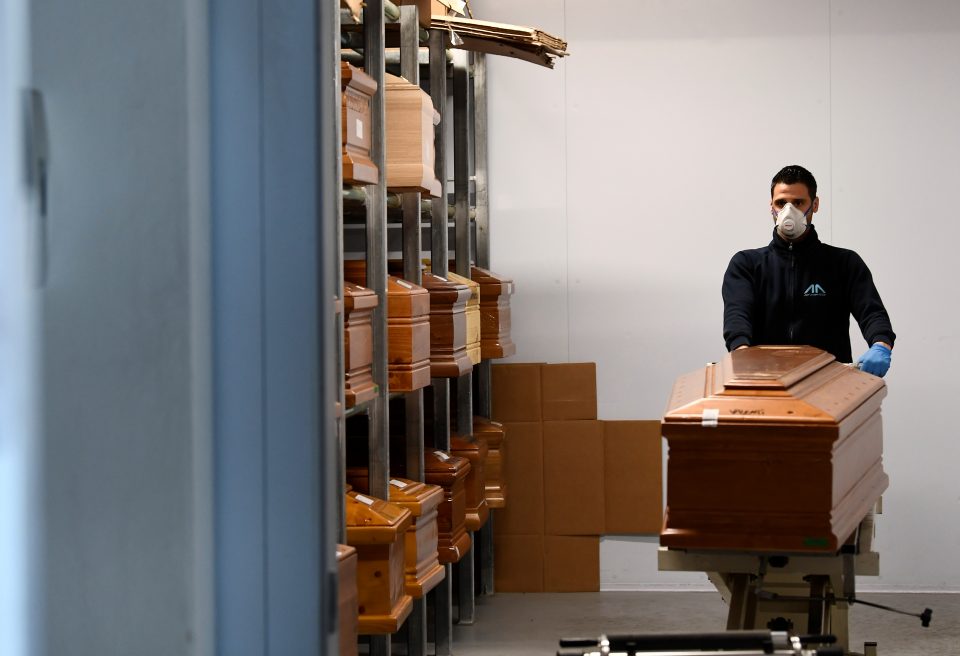 There are now over half a million coronavirus cases reported across 202 countries and territories globally and the United States has overtaken China as the country with the most infections.

It has been the single most deadly day for the disease since the outbreak began, with Italy and Spain reporting over 700 deaths each. The United States, the United Kingdom, Iran and France reported over 100 fatalities each.

The United States contributed roughly one-third of newly reported cases, as testing in the country expanded, with over 17,000 cases in the past 24 hours, and 281 deaths, the highest single-day case load of any country since the outbreak began.

China, which announced plans to close its borders to foreign citizens from Saturday, reported 5 deaths and 55 cases, and said that all but two of the new cases were from outside the country.

Cases in South and Central America surpassed 10,000 as of Thursday, with major outbreaks in Brazil, Chile and Ecuador, which are each reporting over a thousand cases.

Countries which experienced outbreaks in February or earlier are reporting higher recovery rates.

The number of Americans filing claims for unemployment benefits surged to a record 3.28 million last week, in the clearest evidence yet of the coronavirus’ devastating impact on the economy.

Strict measures to contain the coronavirus pandemic have brought the country to a sudden halt, unleashing a wave of layoffs that likely ended the longest employment boom in U.S. history.

When is a bull not a bull?

When it comes in the middle of a bear.

The Dow Jones Industrial Average’s surge of over 20% from its coronavirus-induced recent low this week, by one definition used on Wall Street, suggests a new bull market. The surge came on hopes a $2 trillion stimulus measure would flood the country with cash in a bid to counter the economic impact of the intensifying pandemic.

But that definition should be treated with a large piece of caution. The very definition of bull market is debatable, and given the market’s volatility on news about the pandemic, some said that calling the move upwards a “bull market” was tantamount to missing the forest for the trees.

While countries like Afghanistan and Canada are releasing inmates to prevent the spread of the virus in the tight confinement of prison facilities, other places are increasing punishments for flouting the rules.

Anyone claiming to have coronavirus who deliberately coughs at emergency workers faces being jailed for two years, Britain’s Director of Public Prosecutions said on Thursday, after recent reports of such incidents. Those responsible could face charges of common assault.

In Singapore, famous for its strict rules, anyone caught intentionally sitting less than a metre away from another person in a public place or on a fixed seat singled out not to be occupied under new, more stringent social distancing rules, can be fined up to S$10,000