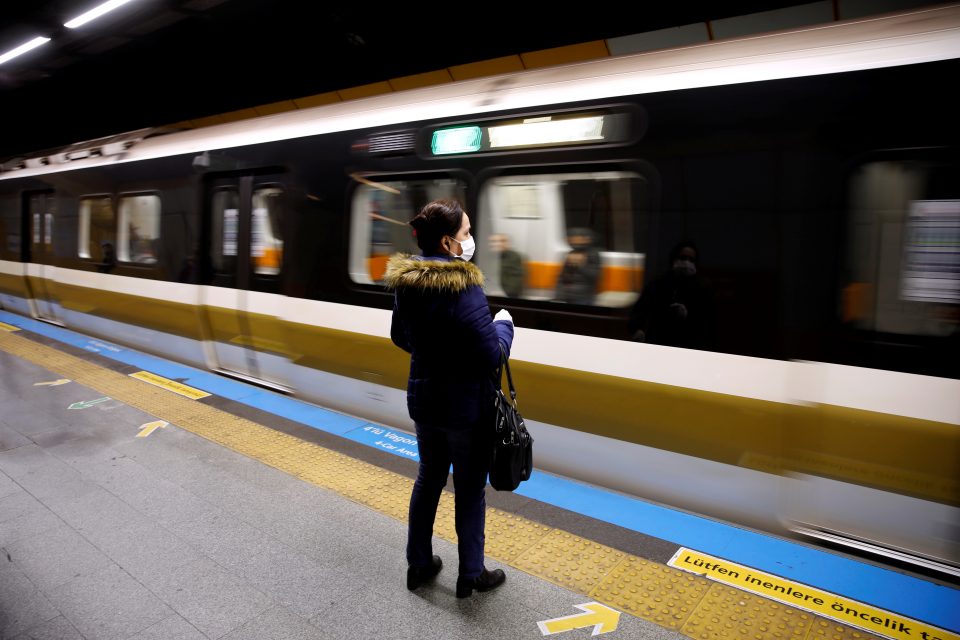 Turkey halted all intercity trains and limited domestic flights on Saturday as part of measures to contain a fast-growing coronavirus outbreak, as the number of cases jumped by a third in a day to 5,698, with 92 dead.

President Tayyip Erdogan called on Friday for a “voluntary quarantine” in which Turks stay at home except for shopping or basic needs. Announcing new measures to contain the virus, he said all international flights were stopped and that intercity travel would be subject to a governor’s approval.

Turkish Airlines CEO Bilal Eksi said domestic flights would only operate to and from 14 big cities as of midnight Saturday. He said passengers would need to receive permission from the governor’s office after 1400 GMT.

“As of Saturday 23:59, our domestic flights will be carried out from Istanbul Airport and Ankara Esenboga Airport,” he wrote on Twitter. Eksi added that flights would go to and from Ankara, Istanbul, Izmir, Samsun, Trabzon, Erzurum, Diyarbakir, Malatya, Van, Gaziantep, Konya, Adana, Antalya and Kayseri.

Turkey’s state railways authority also said all intercity trains had been halted as of Saturday until further notice.

In a notice detailing the travel restrictions, the Interior Ministry said all citizens must remain in the cities they reside and would only be allowed to leave with a doctor’s note, in the event of the death of a close family member or if they have no accommodation.

It said citizens need to apply to the Travel Permission Council, tied to the local governor’s office, to travel. All bus terminals will be equipped with medical personnel to carry out regular checks on workers and passengers, it added.

Separately, the Health Ministry announced on Friday that all resignations were suspended for there months. It said all health personnel in the public or private sectors were barred from resigning in that period to meet the needs of hospitals, clinics and other health centres.

The Justice Ministry said 372 people in 56 provinces were investigated over “manipulative reports and posts about the coronavirus, degrading behaviour towards citizens over 65 years of age, violation of the 14-day quarantine rule and the economic guidelines (hoarding, production of fake disinfectants, masks).”

It said three people were arrested and that indictments were prepared for three others, while 21 people were put on “judicial control” and three remained in detention.

The rate of infections in Turkey has outstripped many other countries in the last two weeks, with 2,069 more cases in the last 24 hours, the country’s health minister said on Friday.

Our View: Parents should be fined for letting their teens roam free during a lockdown

Protesters clash with police in New York City and Paris

New York City picks up the pieces after night of unrest, curfew extended