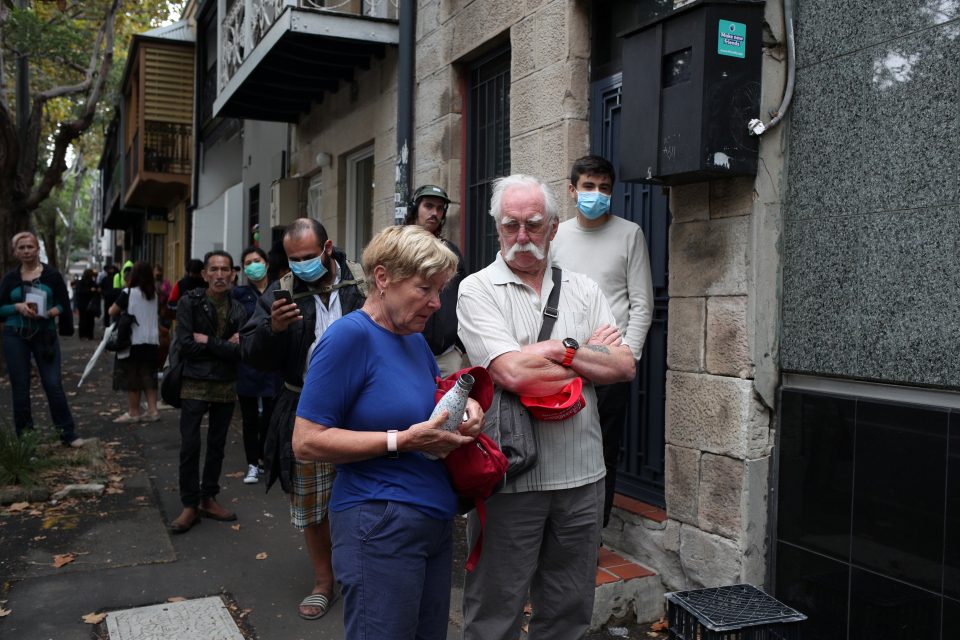 Australians were asked on Sunday to further isolate themselves from the public to keep the coronavirus from spreading even as authorities said the rate of daily infections has halved in recent days.

Government officials said that public gatherings must be restricted to two people and Australians should stay inside unless shopping for essentials, exercising, going to work or medical care. Those over 70 should self-isolate themselves.

“Anyone who doesn’t need to be out of their home should be in the home,” Chief Medical Officer Brendan Murphy said. “This is radical.”

Prime Minister Scott Morrison said it is now up to the states and territories to determine how the two-people gathering limit will be enforced and whether breaching it would carry fines, which has been the case with previous gathering rules in most states.

There were 3,978 confirmed cases in Australia as of late on Sunday, Murphy said, slightly higher than official health ministry data showing 3,966 cases and an increase of 331 over a 24-hour period. Sixteen deaths were attributable to the virus.

Neighbouring New Zealand saw its first death related to the coronavirus on Sunday, with cases rising to 514 confirmed infections.

The daily rate of the spread of the coronavirus has halved in recent days to about 13%-15%, health officials said, adding that social distancing measures have helped to slow the spread.

“We feel reasonably confident that we are detecting a significant majority of the cases in Australia,” Murphy said.

Two-thirds of the cases have been traced to contacts with people returning from overseas, but community transmissions have been rising, especially in the most populous New South Wales (NSW) and Victoria states, where more than half of Australia’s 25.5 million people live.

“We have to stop the thing that’s worrying us most, which is community transmission, that is transmission without known links to a known case,” Murphy said.

Morrison said that there will be a moratorium on evictions of people from their rentals in the next six months on the basis of “financial stress” and other measures will be soon worked out.

Earlier on Sunday, Morrison said that an additional A$1.1 billion ($680 million) will be spent on telemedicine care options, domestic violence support and mental health services aimed at supporting “the most vulnerable” Australians.

That spending comes atop earlier announced measures, which equalled to about 10% of Australia’s annual gross domestic product, to help the economy weather the turmoil caused by the pandemic, which started in China and has spread to over 200 countries.

A recession in Australia would be the country’s first in nearly three decades, when about 40% of the population wasn’t even born.

“This is part of the hibernation strategy of ensuring we keep people connected with their businesses and with their jobs, so on the other side of this, Australia can bounce back stronger,” Morrison said.

Hopefully the above information has clarified things for you. As it was previously mentioned, if you are not sure whether you want to allow the cookies or not, it is usually safer to leave cookies enabled in case it interacts with one of the features you use on our site. However, if you are still looking for more information, then feel free to contact us via email at [email protected]mail.com