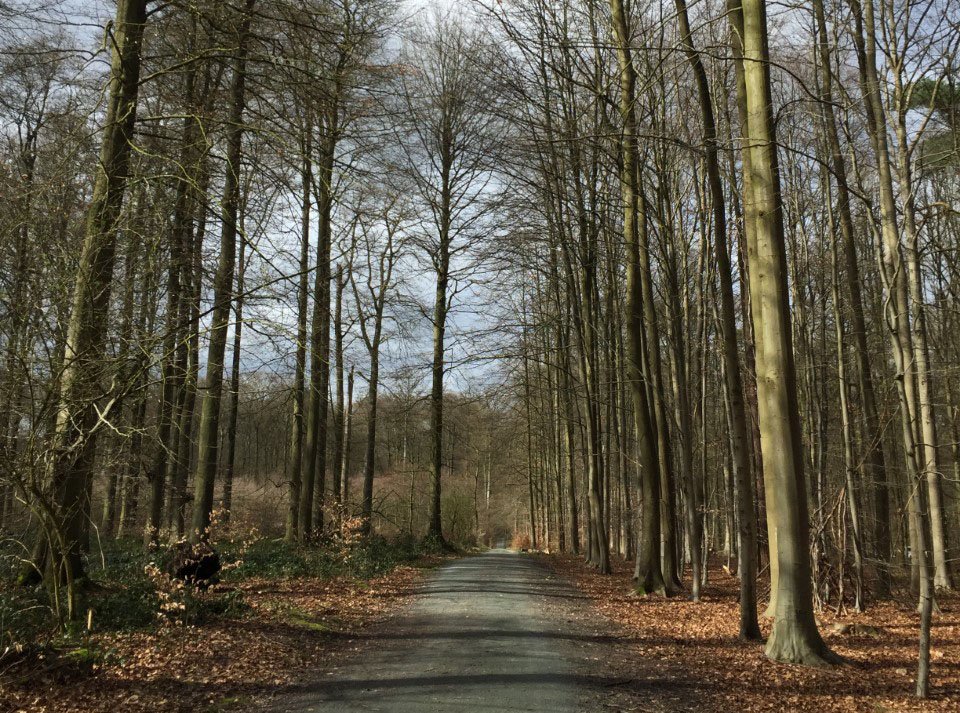 I'm lucky to be staying near the Sonian forest outside Brussels

Melissa Hekkers decided not to join the hundreds rushing to get back to Cyprus. She is now separated from her daughter and mother

I’m 2,903km away from home as I reflect on my decision not to board the last Ryanair flight to Larnaca last Monday.

My decision to stay behind amidst the Covid-19 developments in Europe was a very conscious one. Belgium, where I had been visiting family for the past ten days had already been confined for almost a week and social distancing was heavily in place. Any form of travelling was discouraged on all fronts. Commercial entities had closed down except pharmacies and supermarkets. Cash was prohibited. Only one person was allowed to be in a car. Only groups of two were permitted to go outdoors. Cyprus followed suit about a week later.

But at the time I had called the Cypriot embassy in Belgium to get advice.

“There’s a flight from Holland tomorrow morning,” the gentleman had said, admittedly inundated with phone calls. He was reassuring that there was a means to get home if I wanted, but that the process wasn’t ideal. There was no available direct flight left from Belgium. He informed me that I would have to travel through the already scarce public transport system to Schiphol airport, board a plane amongst the virus’ realms and land to a 14-day quarantine in the mountains. I envisioned what that was going to look like, and I was right. It was unlikely that the government would be ready for the influx of people returning on such short notice, and I was wary of the quarantine conditions during those initial days.

I called home. The pressing issue was that my 12-year-old daughter, at home with her father, and my mother who has just been diagnosed with emphysema are in Cyprus. I explained my decision to them. They embraced my caution. But my decision reveals itself to me gradually because the circumstances around it are unclear.

Almost two weeks into my confinement and my daughter has stopped asking when I will come home. Locally we have formed some kind of routine. There’s seven of us confined in a house in the suburbs of Brussels amongst the Sonian Forest. We take long walks two-by-two, we play cards, we cook, we sit in the garden, we chat, we read, we work. Every evening at 8pm we step outside to clap our hands in solidarity with the medical teams that are on the front lines, a gesture put in place all over Brussels since the beginning. It’s a minute in my day where I think about the people battling for life and how grateful I am that aside from being cut off from my home, family and friends, everyone close to me is well. It’s a minute in my day where I realise how much has changed in just three weeks. In many ways it amazes me how easily we can adapt to new situations.

Yet, inevitably, at the back of my mind is my little girl who is suddenly getting used to the idea that an invisible threat is at our door. Like many others, she’s coming to terms with being home schooled and socialising through screens and microphones. From afar it’s hard to gauge what questions go through her head, if any. Our conversations revolve around how we are feeling, how work and school is, what her homework is all about; yet I feel I have no concrete understanding of how she’s managing all this.

At times I accidentally call her during class for I can’t seem to catch on to her schedule yet, at others we sing songs together as I watch her play her ukulele. What I really want is to hug her, laugh with her, walk beside her and hear her out. When she’s ready and not in the confined space of a Skype date.

I tell her about how I spend my days, that I went to give blood. I tell her that we all have a role to play; solidarity extends much further than immediate surroundings. I make her aware that the Fairytale Museum in Nicosia is doing live readings of children’s books everyday and that journalist Lena Tsoukala will read one the children’s books I written. I ask her if she wants to listen to it ‘together’. I see her Facebook profile watching the live video. I send her red hearts, and pink hearts, and interactive heart emojis.

She tells me she called my mum to thank her for the Tupperware of homemade food she dropped off at her doorstep. I ask her if she’s fed and seen the cat, if she hugs him hard enough for me too. Anything familiar moves me to my core. Gosh, I miss home and my routine.

As I walk the streets of Hoeilaart, I count the number of white drapes hanging outside house windows, another movement that aspires to pay tribute to people that still physically go to work in the morning; the doctors, the teachers, the cashiers and supermarket employees, the burial workers, the bakers and butchers.

I also think about President Nicos Anastasiades’ last public address. From afar, I found his stance to be angry and threatening. He gave ultimatums to non-conformity as he annulled one of the island’s most cherished celebrations, Easter. And I wonder if that’s the appropriate tone to go about all this. Understanding and compassion seems to me the only ultimatum I can embrace. Not threats and fear.

Life as we know it is changing. Each of us will soon have to adapt to a new reality in one way or another. And to do so we must tend to the wider picture through our own individual actions. For the moment, we choose to stay home. For the future, I hope I can make my way home as soon as possible and that we all come out of this a little wiser.

Government needs to be more specific, people need to know