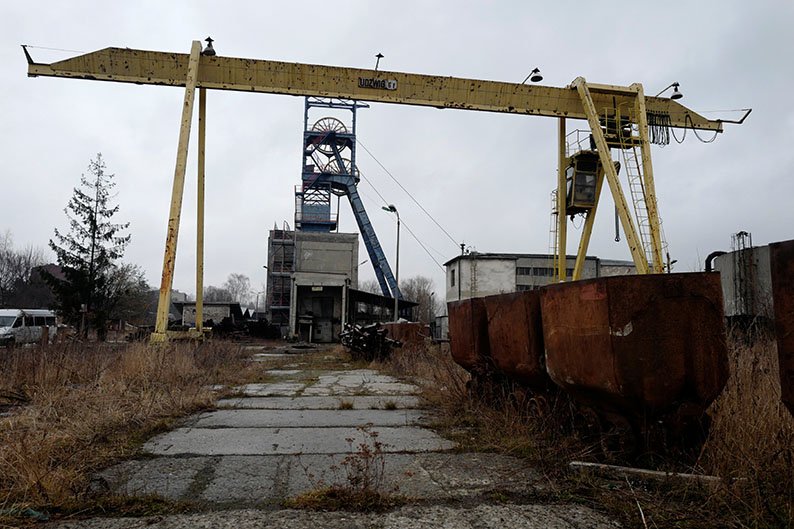 Serious disruptions to industries such as mining are likely

Economic losses will be substantial even assuming action by central banks and governments averts second-round effects on employment and output.

Government actions can try to spread losses from the worst-affected employees and firms to society as a whole.

But none of these financial interventions eliminates the real costs of an extended shutdown to society, which cannot bail itself out, only spread the losses more widely and thinly in the name of fairness.

The death toll will include not only those directly killed by coronavirus but also those who die indirectly because medical care for other conditions is reduced.

Pandemics, poor sanitation and famines have killed far more people than have died directly in armed conflicts and interpersonal violence in the last 2,000 years.

Estimates of the number of extra deaths attributable to pandemic vary widely but even the lowest far exceeds the death toll from the First World War.

The influenza pandemic was the second largest killer in history, after the Black Death of 1346-1353, which together with subsequent outbreaks, cut the world population by up to a third.

Deaths from coronavirus are uncertain, but the potential number is high on account of its high level of transmission through a population with no acquired immunity.

A study by scientists at Imperial College London projected the death toll could reach 0.5 million in Britain and more than 2 million in the United States without preventive measures.

Measures for transmission control could reduce deaths by 50-99 per cent, principally social distancing and extending the duration of the epidemic to manage the impact on the healthcare system.

Transmission controls range from improved hygiene and self-isolation of suspected cases, through school and university closures, to whole-society social distancing.

The more aggressive the social distancing measures the lower the eventual estimated death toll, according to the Imperial College modelling.

To achieve maximum reduction in deaths, stringent whole-society social-distancing measures might need to be introduced and in force up to two-thirds of the time for 18-24 months.

Such aggressive social-distancing imposes a high economic cost in terms of the disruption of ordinary economic activity.

Some essential services, including healthcare, utilities, payments, and food and fuel distribution, are expected to continue as normal even during the pandemic.

But other services and manufacturing are likely to be at least somewhat disrupted by social-distancing, including professional services, accounting, banking, education, entertainment and non-food, non-energy manufacturing.

And some become virtually impossible, including many in-person services such as hairdressing, travel, leisure, tourism, passenger aviation and non-food retail.

The impact on industries such as construction, mining, non-essential manufacturing and non-essential public services remains ambiguous but serious disruption is likely.

Many of cannot fully shift to working from home under policies requiring workers to quarantine or shelter in place.

Disrupted or impossible activities account for more than half of all employment in an advanced economy like the United States.

Impacted activities also account for a very large share of value-added and gross domestic production, although the relationship between sectoral employment and value-added is complicated.

Stringent social-distancing therefore imposes a large cost in terms of items not manufactured and services not provided.

Some but not all the lost production may be caught up, but many losses will prove permanent.

The more stringent the social-distancing and the longer it is maintained the larger the economic losses.

Governments are now trying to navigate the appalling trade off between extreme social distancing to save lives and maintaining as much business activity as possible to minimise the economic cost.

Unsurprisingly, voters, employees and politicians have vacillated between reducing social contact and trying to protect jobs and incomes and avoid wholesale business failures.

Every country is trying to find its own optimisation between maximising social distancing subject with the need to keep as much of the economy functioning as possible.

Italy, which has had among the most severe social distancing measures, is struggling to keep at least some of the economy moving.

Sweden, at the other extreme, has tried to maintain as much normal activity as possible while pushing for more social distancing.

Britain started with a business as usual approach, shifted to a relatively strict form of social distancing, and now seems to be trying to work out how to keep as many businesses functioning as possible.

In the United States, the approach appears contradictory and confused, with some states and cities imposing lockdowns while others do not.

US President Donald Trump has advocated social distancing while resuming normal business, insisting “We can do two things together” in a March 24 message on Twitter.

In France, a strict social-distancer, President Emmanuel Macron has nonetheless said “We have to continue to produce and to keep the country running”.

Like China before, and probably the United States after, Europe is trying to keep as much business operating as possible.

Various options are possible. One is to alternate periods of greater social distancing with periods of more normal business, as modelled by the Imperial College study, though such policies would still be hugely disruptive.

Or policymakers could find ways to fine tune social distancing to permit as many businesses to operate as near-normally as possible while encouraging others to isolate.

But the choice is not between saving lives and keeping the economy moving – policymakers must find a way to do both.

Do you really think our children are safer in the UK?