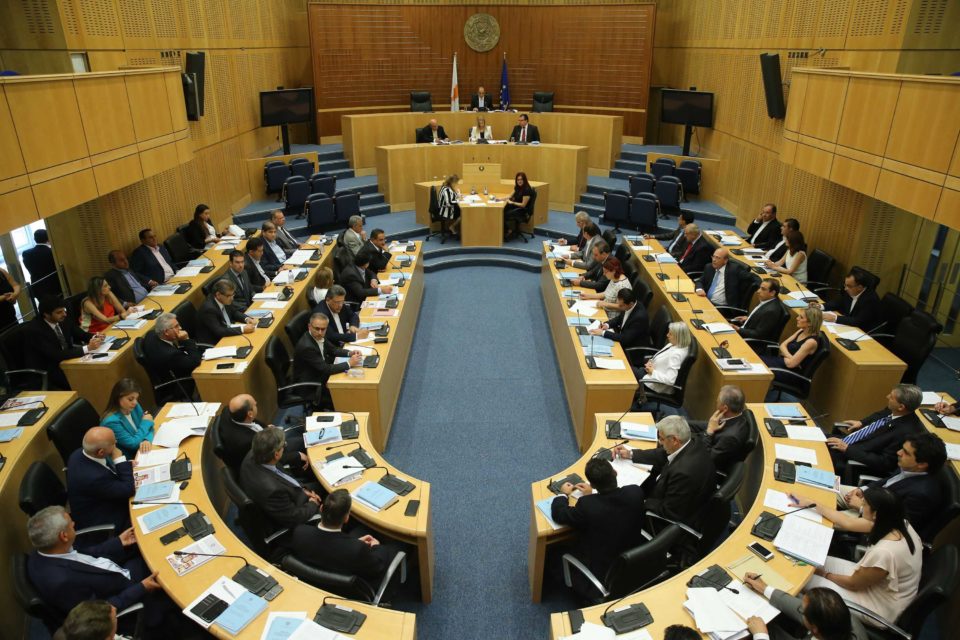 The bill allowing for suspension of loan repayments and interest for natural persons and businesses was passed by parliament on Sunday.

A vote on a second bill, a €2bn fiscal stimulus plan was postponed until Thursday morning.

Deputies from Akel, the Greens, Edek, Elam and independent Anna Theologou voted against the bill that was ultimately passed with 31 votes in favour and 24 against. MPs from ruling Disy and centre-right Diko voted in favour.

Strict measures were taken at the House with deputies allowed inside only in small groups and sitting metres apart. As soon as they voted, they had to leave the chamber.

Speaking afterwards, Disy leader Averof Neophytou said the  most important measure had  been adopted – the suspension of loan repayments and interest until the end of 2020.

“Now we are demanding, asking and expecting the country’s banking system to do its job as a minimum social contribution,” he said.

He said the nine-month’s worth of installments should be carried over to the end of the loan to facilitate businesses and homeowners.

A hour earlier, main opposition leader Akel’s Andros Kyprianou had called for more time to delve into controversial bills aimed at supporting the economy in the wake of the coronavirus fallout.

The call came an hour before the plenum was to meet on the two bills, one of which relates to the suspension of loan repayments and interest for nine months and the second to a €2bn fiscal stimulus. The repayment suspension covers businesses, self-employed persons, and individuals who had been consistent with their dues to date with the money paid back either in nine months or at the end of the loan.

Kyprianou, in a written statement on Sunday said although the party was on board with the raft of bills approved last Friday, it did not agree with the provisions of the repayments suspension saying it was letting the banks off scot free for a second time since the 2013 financial crisis.

“Since the onset of the coronavirus pandemic our aim has been to work with the government and other political parties to overcome the crisis as painlessly as possible, limiting the consequences. We have put forward proposals both to limit the spread of the pandemic and to address the consequences for society and the economy,” said Kyprianou.

He said that after numerous consultations, it had been possible to vote in some measures, even though Akel thought they could have gone further in supporting workers.

Kyprianou said Akel was concerned about the suspension of loan installments and interest for nine months, and the €2bn in state guarantees for loans and interest subsidies.

“There has been much debate on the issue of the suspension of payments and interest,” Kyprianou said.

“We have made several improvements, but an issue that cannot be accepted by us is still open. With the proposed arrangements, banks will not only not contribute to overcoming the crisis, but will also come out with the certainty of getting back the interest that will not be paid by clients during the nine months.

“Banks were supported by the state and society in 2013 to survive. The fact that today in the face of such a crisis they do not seem willing to contribute anything is unacceptable,” he added.

He said Akel’s position is that interest should be frozen for the nine months, and not paid back, even though European mechanisms do not allow for that.

He also asked for more time to look into “better options”. The same applied to the second stimulus bill, he said.

“These moments are crucial for society and the economy. We call on the government and other political forces to work together, putting above all, those in need of protection at this critical juncture… the workers, the self-employed, and the aged… not the banks.”

At the same time, Finance Minister Constantinos Petrides and Central Bank Governor Constantinos Herodotu were urging MPs to vote in favour of the two bills so that people could suspend their loan payments.

He also said the money from the stimulus was for low-interest loans to businesses “not banks” so that the former could pay their suppliers and salaries without going bankrupt.

According to Herodotou, the obligation to pay installments including interest would be suspended for natural persons, self-employed persons and businesses. He added that all unpaid installments and interest would be added at the end of the loan period and would not be payable immediately when the nine months was up.

Amid the ‘helicopter money’ nobody is mentioning UBI