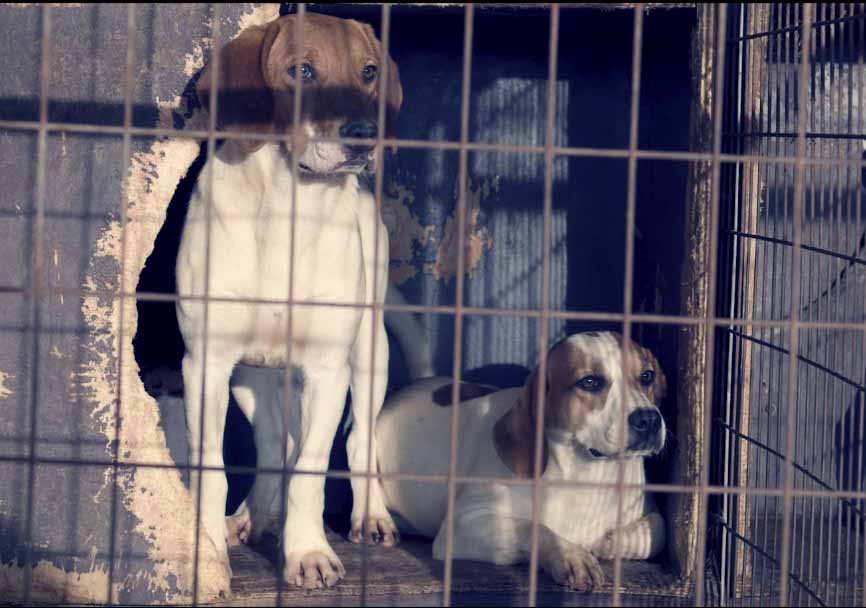 Animal shelters in Paphos describe their situation as critical, and say they are desperate for food donations in the wake of the lockdown that came into force in Cyprus on Tuesday to help curb the spread of the Covid-19 pandemic.

Earlier this week, the government agreed a €50,000 grant in emergency funds to animal welfare organisations. However, this will only go some way to covering the needs of shelters in Cyprus.

“There is no food coming in now, and our charity shop is closed. We currently have around 150 dogs at the shelter, and we get through about five bags of 20-kilo biscuits a day. As well as donations, we used to rely on restaurants and hotels for leftovers, and they are now closed,” Nieske De Jonge, founder of dog rescue and re-homing centre Stray Haven, told the Sunday Mail.

Hotels in Cyprus are currently due to remain closed until April 30, at the earliest.

The next four weeks will be the worst times ever faced by the initiative, said De Jonge, as their charity shops are closed and there is no income for food or vets’ bills. Supporters may donate cash via Paypal, to enable volunteers to purchase food for the dogs.

De Jonge has also been trying to arrange special permits for volunteers to come and go at the shelter. Movement of people has been severely curtailed by the sweeping measures announced last week, however the veterinary services have announced that permits may be granted to animal welfare organisations to allow them to feed and care for the animals in their shelters.

“It’s a necessity,” agreed De Jonge, “as the animals need us in these hard times.”

Another problem relates to adoptions, which have plummeted, since it’s currently almost impossible to carry out home checks – though it’s still possible to look at homes and gardens via video chat.

“We can do this in some instances, as the situation is exceptional,” she said.

A spokesman for Animal Rescue Cyprus also confirmed that adoptions have slowed down, and an increasing number of pets are also being abandoned.

“We even had a case of a cat being brought in by its owner, who wanted it to be put to sleep. It was perfectly healthy, and we refused,” the spokesman said.

“We inform pet owners that, according to the information we have, coronavirus cannot be passed on, and they should keep their pets safe just as they do themselves.”

Paws Dog Shelter in Achelia is also feeling the effects of the lockdown. It costs around 22,000 euros a month to operate the shelter and, due to cancelled events and the closure of their charity shop in Chlorakas – which typically brings in around 10,000 euro a month – they have lost around 30,000 euros in much needed funds, said manager Matthew Harris.

The shelter is currently home to 149 dogs.

“When shoppers are out during their permitted time, if they can donate whatever pet food they can in the donation cages at the central Paphos and Kato Paphos branches of Papantoniou supermarkets, we would be so grateful,” he said.

Last but not least, the ‘Cat lady’ of Paphos, Gaynor Georgiou, has been feeding the town’s stray cats daily for over 30 years, and is also seriously struggling at the moment. The

coronavirus outbreak is a disaster for the animals of Paphos, she told the Sunday Mail, and donations have all but dried up.

Donation baskets at shops that support her in Paphos (especially Cycleband and Pets Stuff) are empty, and she is spotting ever-increasing numbers of cats on the streets in desperate search of food as restaurants and cafes in the old town are closed.

Georgiou feeds between 160 to 170 cats a day, who rely on her for food. She also catches them and takes them to be spayed or neutered, or to a vet when they are sick. Every three days she uses up 20 kilos of dry food and 38 tins of wet food.

Every day is now a race against time, as she struggles to complete her rounds in the permitted three-hour time frame. “The roads are empty, I don’t see a soul when I’m doing my rounds. I know that people have no work and no money, but it also important to take care of the animals.”

“I am also contacting the veterinary services for a permit to allow me to do this without fear of being arrested,” Georgiou told the Sunday Mail, vowing to carry on “no matter what”.

“I get 490 euros from my pension and it can only stretch so far. The cats come first, they are my life, and I really need some help.”

After reading an article in the Cyprus Mail this week in which she was featured, a kind man donated 60 kilos of cat biscuits, which will keep her going for a few days. Still, she has no idea what she will do when this runs out, she said.

As with most of the other initiatives, Georgiou has a website where PayPal donations may be made.