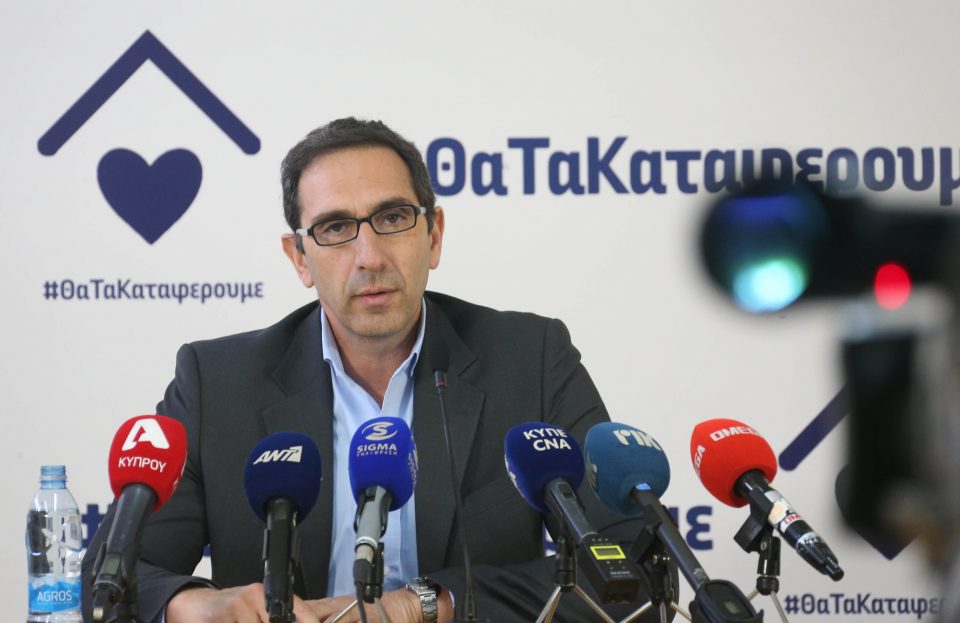 Health Minister Constantinos Ioannou on Monday announced a curfew between 9pm and 6am every night as part of an ever-tightening raft of measures to restrict movement.

The new measures will be in force from 6am on Tuesday. The fine for those found disobeying the ban on movement has been doubled to €300.

The overnight curfew will apply to everyone except those who need to be at work during those hours, who will have to carry a confirmation form signed by their employer (Form A).

People are only allowed to leave their homes once a day and only if they receive permission after sending a text message to 8998. Only those over 65 will be allowed to fill out the printed form (Form B).

Those who cannot look after themselves, need to go to the pharmacy, donate blood or visit their doctor are exempt as are those driving a soldier to his unit.

House visits and gatherings are also forbidden, he said, adding that only residents must be in each home.

Sample checks will be carried out by police officers or neighbourhood watch groups, he said.

“The goal is to restrict the spread of the virus and people need to realise the critical situation and adopt these measures,” the minister said

Supermarkets, bakeries, butchers and other retails shops will be closed on Sundays, though can deliver. Kiosks can stay open on Sunday as long as they do not sell items usually found in retail shops. No other details were immediately available on this point.

Only three persons are allowed in vehicles, including the driver. This includes private vehicles and taxis.

He also announced that stricter controls will be introduced for those diagnosed with coronavirus and who are in self-isolation and added his ministry is mulling electronic surveillance.

One of the measures under consideration is an ankle bracelet usually used for persons under house arrest, “so that we can monitor their movements”.

The curfew will not apply for night pharmacies and further clarifications will be issued.

As of Tuesday, the operation of travel agencies will also be suspended as well as companies that provide aircraft services except for cargo flights.

He also announced some easing in the regulations for Cypriot permanent residents who are abroad and want to return. The minister said that those who had travelled abroad for medical reasons and their escorts, and students belonging in vulnerable groups are exempt from presenting a health certificate that they do not have coronavirus to be allowed to enter the country.

Upon their return, they will be placed in a 14-day quarantine except those who were abroad for medical reasons. They will be in self-isolation at home.

The exemption for students only concerns those studying abroad who are among vulnerable groups as defined by the health ministry, for example those with chronic diseases and diabetes.

Such students will have to present a confirmation issued by a three-member medical council to which they will have to submit medical certificates concerning their condition. Applications must be submitted to the medical association at [email protected]

“If necessary, the republic will charter flights from Athens and London for the return of passengers belonging to the above categories,” Ioannou said.

The minister also announced that there will be more checks at those crossing points which still open.

The new measures follow the confirmation on Sunday of 35 new cases, the majority of which concerned transmission of the virus through a family environment by individuals who had not restricted themselves.

According to authorities, some continue to ignore the ban on movement.

The health ministry’s spokesperson, Margarita Kyriacou, told state broadcaster CyBC on Monday there has been a drop in cases concerning persons who have arrived from abroad and a rise in those between contacts.

Thirty-one of the 35 new cases confirmed on Sunday concerned contacts, Kyriacou said, adding that one person who had arrived from abroad, and was later tested positive to coronavirus, had transmitted the virus to 15 others because he or she did not self-isolate.

Police spokesman, Christos Andreou, too said that there have been cases where families with children were found to shop at supermarkets. This is forbidden, he said.

He told CyBC that one coffee shop owner in the Morphou district who was supposed to close his shop, had placed essential items in his business for sale to deceive authorities he could remain open.

He said that between March 24 when the ban on movement was introduced to-date, 1,849 persons have been booked.

€300,000 worth of equipment donated for distance learning