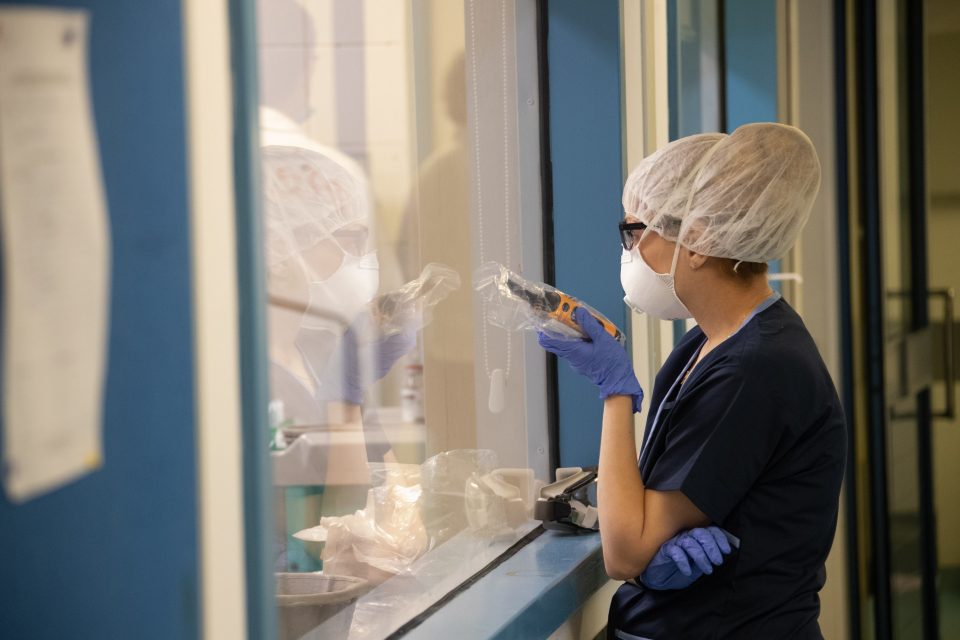 By Evie Andreou and Gina Agapiou

As Cyprus entered a near-total curfew on Tuesday night, President Nicos Anastasiades said he would rather be judged on the new stricter measures taken against the spread of Covid-19 than to mourn victims of the pandemic.

He pledged that any abuse of power by the authorities would not be tolerated as stories flood in about arbitrary police actions in checking permission slips of those allowed out and about.

In a post on social media, the president said he shared the discomfort caused by lifestyle changes people are enduring but the strict measures taken by the government were necessary to protect public health.

“The conundrum though is not what I would like to do, but what I need to do under the circumstances we are going through,” he said.

Anastasiades said he viewed it his responsibility to take such “painful decisions” as he courageously did in the past, he added.

“I would rather be judged harshly for my decisions today than to deal with your pain and bitterness because my own timidity has lost the lives of your loved ones,” the president said.

The president ended on a positive note, saying as Cypriots overcame the financial crisis that hit the island on 2013, “together we will win this battle as well”.

As of 6am on Tuesday, people were only allowed to seek permission to go out once a day while a curfew, except for shift workers, came into effect at 9pm lasting until 6am daily.

In addition a raft of other measures such as increasing fines, banning family gatherings and limiting the number of people in cars to three, also came into effect, drawing concern from citizens as to whether police would be knocking on doors to make sure only the residents of a home are the ones inside.

Police told the Cyprus Mail on Tuesday that this was on the cards but they would first need a warrant, which they added was easy to get.

Justice Minister Giorgos Savvides earlier in the day said the cabinet approved a bill on doubling the fine for those found disobeying the ban on movement to €300, warning that in serious cases offenders could face jail or be fined up to €3,000.

The cabinet ratified the decision to raise the €150 fine to €300 for those found violating the ban on unnecessary movement announced by the health minister on Monday. The bill will be tabled to the House to vote in the next plenary session on Thursday.

The minister explained that raising the on the spot fine was deemed necessary to force “those few who, with their actions, sabotage the conscious efforts of the majority of the public who respect, comply with and implement the health ministry’s decrees.” He said he “applauds” those implementing the measures.

Savvides said the on the spot €300 fine would be issued in most cases for those found to violate the decrees on movement restrictions. However police do have discretion to take the matter to court where a heavier fine could be imposed.

If it was deemed necessary, law enforcement officers may not issue an on-the-spot fine and choose to file a case in court instead, which could impose imprisonment up to six months and/or a fine up to €3,000, Savvides said.

“Compliance cannot be optional. Coronavirus strikes indiscriminately all ages, any of us can become a carrier of the virus,” Savvides said.

This procedure will be followed in more serious cases, he said, recalling that a court in Paphos already fined two men €400 each for breaking the decree banning all unnecessary movement.

“Unfortunately, there are compatriots of ours who disobey,” the minister said.

He added that it must be understood by everyone that the slightest negligence is enough to spread the virus and ruin in the blink of an eye what was built by compliant citizens, health professionals and the government.

“I believe that no one in our country wants situations similar to those unfortunately experienced by other states.”

The minister said that it was necessary for everyone to help health professionals and police in their work. “We show our love for our families and loved ones by staying home. This is the only way to protect those we love. That is the only way we will succeed.”

Healthy and safety at work – A priority for LIDL Cyprus