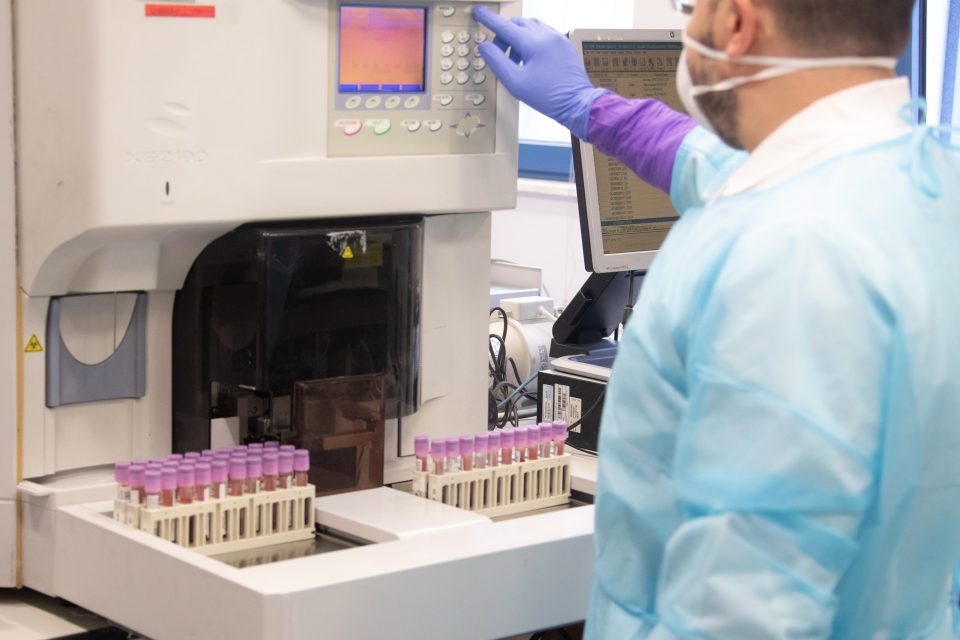 A man suffering from Covid-19 has died, bringing the total number of fatalities to eight, health authorities said on Tuesday, while 32 new cases were detected.

At the same time, a woman with Covid-19 gave birth to a boy via c-section at Makarios children’s hospital. The two are doing well. The baby will be also tested for the virus.

The woman, who is a mother of two other children, was without symptoms.

She will remain isolated for a few days and will not come into contact with the newborn who is also in isolation.

If all goes well, mother and son will be discharged in a few days to return to Paphos.

Health authorities said an 83-year-old man died from the complications caused by the virus. Of the eight fatalities, two had no apparent underlying health issues. The average age was 68.

This brings the total number of cases in the Republic to 262, including nine at the British bases. Turkish Cypriots have so far reported 70 cases and one death.

Authorities have so far carried out around 7,400 tests.

Most of the cases, or 143, were due contacts with confirmed cases. Twenty-three people treated in hospital for the virus have recovered.

“The large number of new confirmed cases recorded in recent days does not surprise us,” said Dr Leontios Kostrikis, a member of the advisory committee on the pandemic. “It was something expected, and this was the reason we had recommended to the government to bolster the prohibitions so that we limit the sources of infection and help the epidemiological unit locate the virus chain more easily.”

Kostrikis reiterated that things would improve provided the restrictions were enforced to the highest possible degree.

“We again make a desperate appeal to all of you to stay at home,” he added.

Dr Marios Loizou, scientific director at the health services organisation (Okypy) said at 3pm Tuesday, 28 people were being treated at the reference hospital in Famagusta. Five were being provided enhanced care. One patient was discharged.

Eleven people were intubated, four at Limassol hospital and the rest at Nicosia general hospital.

Their condition is considered critical.

Loizou stressed that beyond the coronavirus, there were people suffering from other ailments, chronic and rare.

“We all understand that the shock caused by the pandemic to society and the country’s hospitals, public and private, has created difficulty in treating these patients,” he added.

He said there is difficulty across the globe at the moment for these patients to access health services.

“This is understood under the dramatic circumstances we are going through. However, all patients must be the same. As a state and institutions, we ought to provide the proper healthcare to all who need it,” Loizou said.

He called on health professionals to continue to serve such cases and the public to comply with measures to protect staff.

“As you understand, the situation we are going through is unprecedented and the effects are multifaceted. That is why we stay home, we buy time, we save lives.”