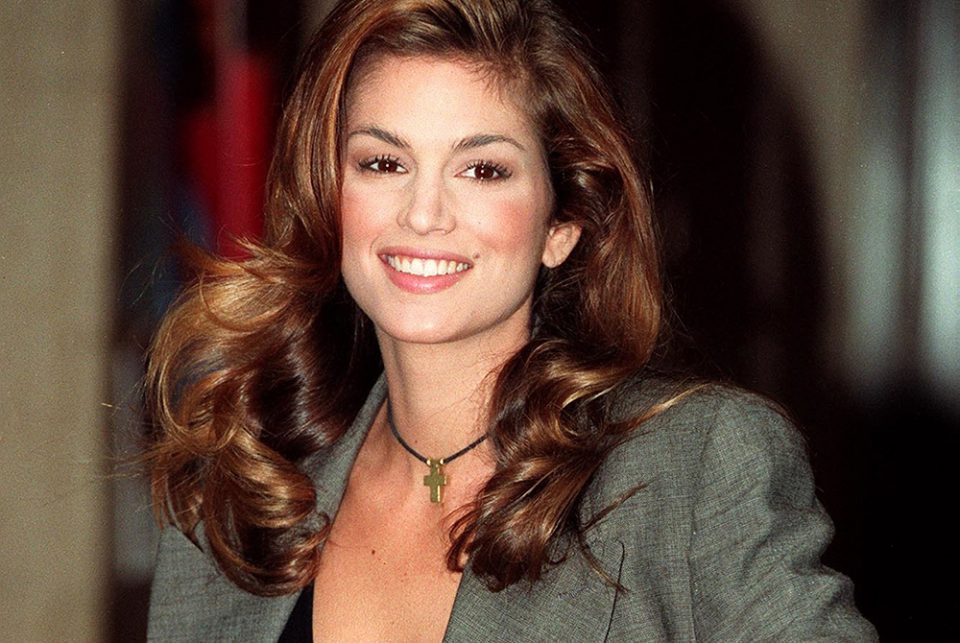 Nineties fashion is well and truly back, with spaghetti straps, crop tops and mom jeans everywhere. But what about beauty looks from the 1990s?

You might shudder and immediately think of ‘sperm brows’ – the unfortunate trend for over-plucking your eyebrows – but make-up looks from the era were so much more than that.

This was a time of the supers – an elite group of models including Kate Moss and Naomi Campbell – as well as style icons in music, like Gwen Stefani and Aaliyah.

“The cool thing about the Nineties was that no one was trying too hard. It just was,” says Dominic Skinner, make-up artist for MAC Cosmetics. This is why it’s become a new source of inspiration in the world of beauty, he adds: “There were many incredibly strong women who trailblazed make-up trends. Think Madonna Express Yourself, Missy Elliott Supa Dupa Fly, Julia Roberts Pretty Woman, Kate Moss being Kate Moss. Strong women taking control, using their felinity as a source of power.”

“Lips were lined, no doubt about that,” says Skinner, so you’ll really have to get used to a lip pencil if you want to nail the Nineties look.

Colours weren’t wild; instead, it was about amping up your natural lip colour. “Strong, intense and powerful shades were visible and unapologetic,” says Skinner – think deep maroons and chestnuts. Nineties lips were matte, as this was before the Noughties obsession for lip gloss hit.

Just make sure you take care of your lips with plenty of exfoliation and moisturising, because cracked matte skin is not a good look. Instead, “it was about a conditioned matte texture”, says Skinner, who advises using lip liner and blending it in with a Chapstick.

Good news if you don’t have a steady hand, because eye make-up during this time was anything but precise. “Nothing said Nineties more than the slept-in smudge,” explains Skinner. “Eyes were rimmed, not lined.”

We can thank Kate Moss for making the rock chick look so popular. In fact, Skinner says she’s why the term ‘A bit Mossy’ is used so often to describe a smudgy, worn-in smokey eye.

Don’t spend hours perfecting the ‘slept-in’ look – whack on eyeliner however you want and you’re good to go. Skinner’s advice is “coating your waterline in the deepest black or richest coffee eye kohls. If it bleeds, simply smudge it with your finger, and the following morning, add more instead of cleaning it off”.

If you want to wear a bit of colour, keep things muted. Skinner recommends midnight blue shades of eyeshadow which are “deep, dark, but ever so elegant” – and fully in-keeping with the grungy, nonchalant vibe of the time.

You might think the Nineties was defined by pencil-thin brows, but luckily, this wasn’t the only style of the time. “We’ve only all just grown them out, so let’s not go back there,” groans Skinner.

Instead, he directs you towards supermodels like Cindy Crawford and Brooke Shields who had bushy boy brows. Skinner recommends using a soft powder “to add colour and define the shape” as well as a pen “to paint individual hairs and give volume”.

As you’ve probably gathered by now, the whole vibe of Nineties fashion was refreshingly low maintenance. Skin was no different, with Skinner describing it as “a mix of raw and reality”.

This essentially means supermodels were sporting “even, fresh and real” skin, which is a great ethos to bring into your beauty routine today. As well as a good skincare regime, the right foundation will help you get that easy Nineties glow – nothing too aggressive, but definitely healthy. “Skin was about looking the best version of you that you can, without looking like you’d done anything to achieve it,” Skinner explains.

Coronavirus: Police can’t enter homes without a warrant but they can get one in 30 minutes