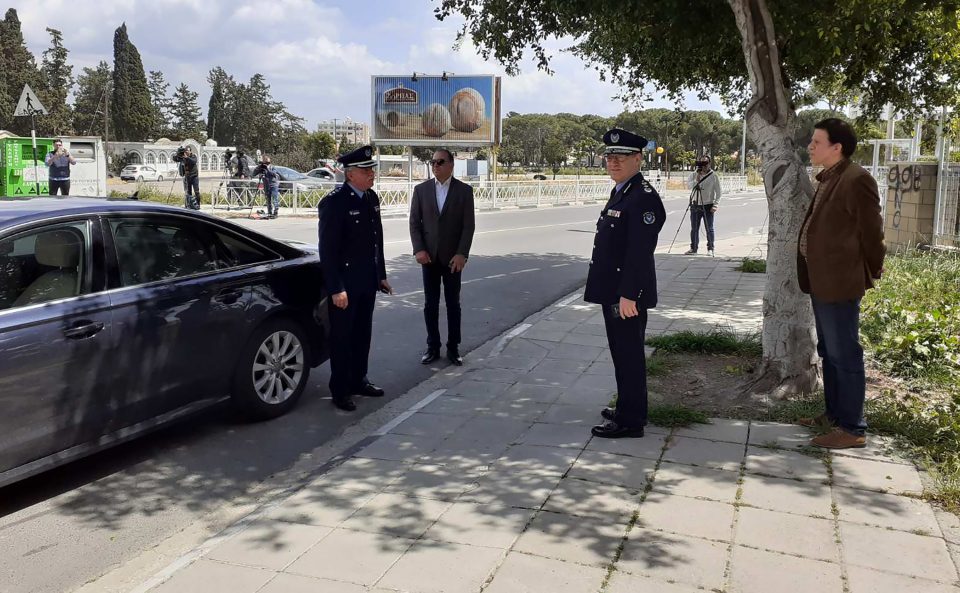 The chief of police said Wednesday the force will be bringing in the National Guard as part of ‘relentless’ efforts to stop people violating quarantine orders.

Speaking in Larnaca, where the force on Tuesday busted a party with 24 people at a flat, Kypros Michaelides said there were people who did not heed the warnings.

“Unfortunately, there are also people who don’t understand with words and we are forced to book them,” Michaelides said. “And in some instances, a case needs to be opened because it appears other, more serious offences are committed.”

Michaelides inspected the checks carried out by the police in Larnaca at various locations and voice the leadership’s support to the rank and file.

The chief said he held two teleconferences daily with station chiefs across the island to be able to keep track of what was going on.

He said he stressed the need to officers carrying out checks that they must be strict since everyone’s objective is to protect public health.

Michaelides said the force will be assisted in their task with 50 game wardens who, along with members of the National Guard, will staff checkpoints on the roads.

The chief said many offenders have been sent to court and numerous cases were in the pipeline.

The judiciary, he said, encouraged swift processing of such cases so as to establish the sense that everyone must protect the public’s health and safety, which were above everything else.

Michaelides did not rule out enforcing stricter checks on the roads.

“However, everything depends on the seriousness, responsibility, and determination of each one of us to stay at home, listen to the health minister’s instructions, the decrees, and the instructions of the police, which is on the roads enforcing the law.”

He said in general the force was satisfied with compliance but there were always the exceptions.

“… and we will be relentless because above all comes public health and we must all safeguard it from the posts we serve.”

Coronavirus: Four members of the drug squad in self-isolation