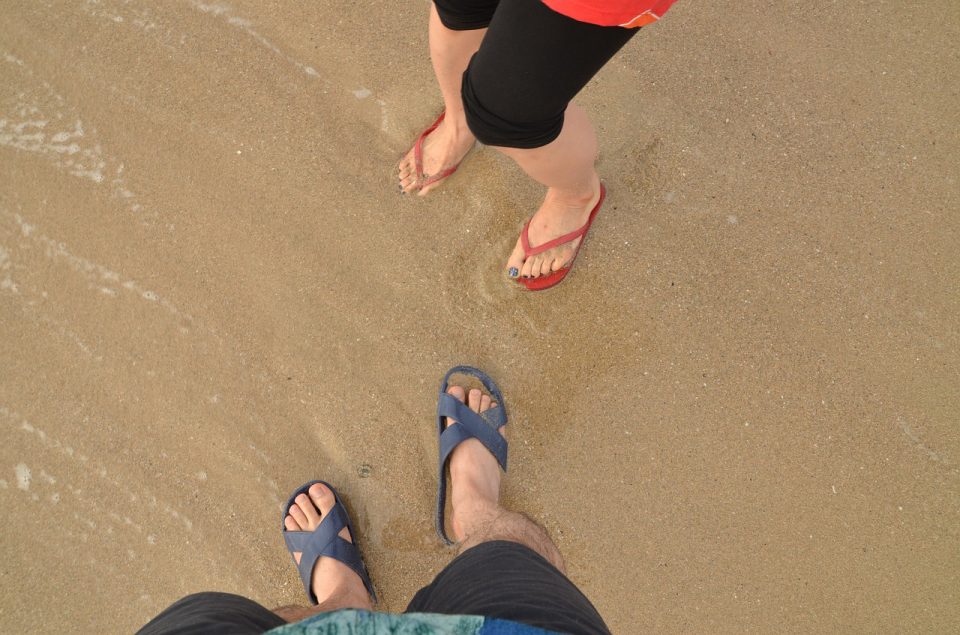 When we ladies are asked, ‘Does my bum look big in this?’ we call upon honed female skills to forge a thin line between the absolute truth – an honest but hurtful yes, or a kind compromise. For instance, instead of saying ‘Well a small tent on top would help.’ One goes for, ‘All you need is a slightly longer blouse and you’ll look really smart.’ And let the friend figure out for themselves what your reply offers.

Some can take the truth on the bum, others can’t, like the oversensitive pal whose hair is a Munch-scream inducing cardinal red, showing off a new puce dress livid with large yellow flowers and fluorescent leaves enquiring, ‘Aren’t the colours so energising?’ You want to say, ‘No! No! Even the Bermuda Triangle would spew that out.’ But you don’t, you coward it out by grasping at a straw such as. ‘It suits your shape very well.’ The world won’t end in a fit of pique if you white lie or even dare to tell the whole truth in these cases.

When, however, a friend asks your opinion on whether she should move in with a man you know well, neither compromise nor dithery diplomacy can be your answer because we’re not talking kilos or image, we are talking a life-changing decision once entered into not easy to extricate yourself from.

Our group gave the man that a recent addition to the island is fluttering over, the nickname Methane because he has a tendency to let off the odd silent and deadly boof.  Let’s face it, as we grow older the odd renegade fart will escape the confines of the inner sanctum when we cough. Those of us lucky enough to have a dog can tisk, tisk, shaking our heads in the direction of our canines using the old reliable, ‘Does that all the time, sorry.’

Methane does it a lot, he can’t help it. The alarm goes off while you’re speaking to him when he starts to sidle away and you know it’s not your body odour or bad breath that have caused the shift but his undisciplined wind tunnel. It’s no reason not to enjoy the company of a good raconteur and Methane is that. He’s late fifties, iron grey hair starting to lessen, face starting to wrinkle nicely, and his stories of youthful backpacking travels and life in the paratroopers are very entertaining.

He settled in Cyprus after a war in a Middle Eastern country drove him out, and he started up a small business that ran a few years and then collapsed during the recession. He’s a trier; he did attempt to extend his entrepreneurial skills but somehow had no luck. He then went into Art, trying his hand at painting, sculpture, pottery and glass painting. He used to follow garage sales around the place to lay out his wares but never made much because he wasn’t artistic. Each one of us has some item arted by Methane, hidden behind a cupboard, used as a doorstop, stuck in an attic or passed on to some charity sale, just to give support.

When all else failed he turned to borrowing. We went along for a while helping out… ‘Till I find my next thing.’ He never found it and the problem was that what he was borrowing was never given back. No one is a bottomless pit for someone who is eternally broke, even with the best will in the world.

When we meet for a drink or a meal, it’s a given that we’ll carry him, what he does otherwise, I don’t know. Some of those old Para buddies also settled here, so we assume when he vanishes for a few days, he’s chatting up his former pals.

Flutter asked me if she should let him move in with her. She’s a comfortably well-off and well-preserved woman in her mid-fifties with a home of her own and an independent stack of cash in the bank from a hubby who was successful in business, the stress of which didn’t help his heart. An agony aunt I am not and it isn’t a decision for which I want to feel partly responsible. Yet the idea of telling her he’s a cadger feels like I’m betraying him. Life sends many of us back a no-score ball when we throw out our very best. I turned on the diplomatic tap, told her he was a great guy in many ways but…

‘He farts and he borrows money? I know that, but he’s not a user in the bad sense, is he?’

I said no, he just fell on hard times. They’ve been living happily together now for months. She has good company and he has security, a compromise comfortably acceptable to both.