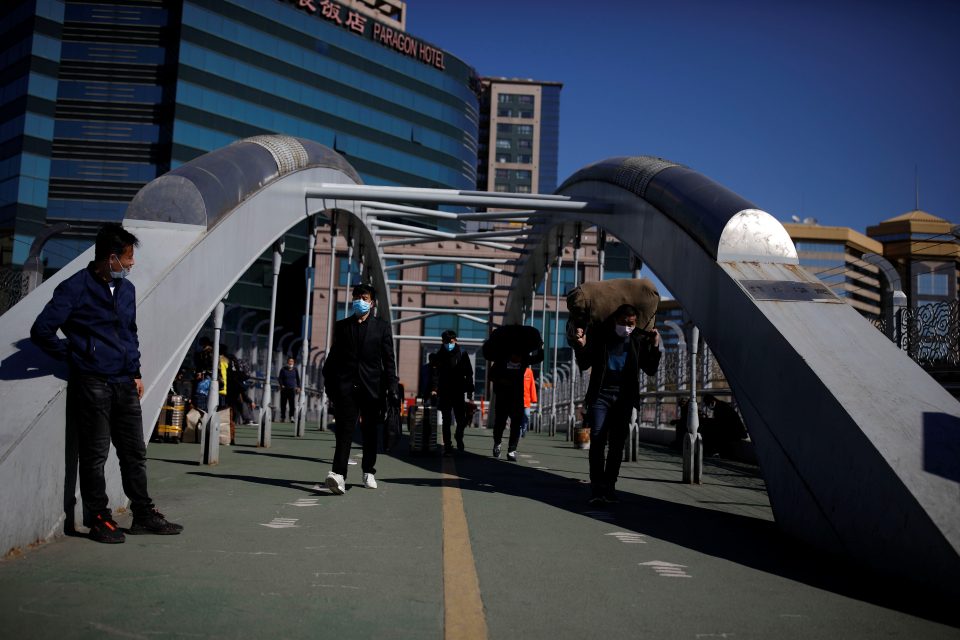 Recently, there have been many reports on China’s fighting COVID-19. I saw wide recognition, good-will criticism, strange remarks and vicious attacks. Here I wish to quote Mark Twain to start my article: “A lie can travel halfway around the world while the truth is putting on its shoes”. I believe what is the most unfair thing in the world is the big variety of prejudice and lies against China. Examples are as follows:

Lie 1: China released epidemic information two weeks later and wasted the US two months’ time for prevention and control. This is the same as saying that the current forest fire in China’s Yunnan is a result of the delayed control of last year’s forest fire in Australia. Funny, right? But it is a popular logic in the US.

Covid-19 is caused by a new type of virus which people know very little about. It takes time to find out what it really is. However, China managed to inform the World Health Organisation (WHO) about everything we knew, including the genetic sequence of the virus, in just a few weeks. We sent alerts to WHO and other countries and locked down Wuhan completely about three weeks after the outbreak. China has been applauded by WHO and countries worldwide for its swift response and transparency. China’s arduous anti-epidemic efforts also bought time for the world to prepare for Covid-19 with valuable lessons we learned and shared. This has been proven time and again as countries around the world fight against the pandemic. We cannot help but wonder, what the US had done in the precious time China had won for the world? What had the US done for itself, if not for China or the world? Virus knows no boundaries, politics or races. Only with concerted efforts by all the countries can we win the war against the pandemic. The US boasts the most advanced medical system and technology and harbors the biggest wealth in the world. Isn’t it reasonable to expect the US to shoulder its due responsibilities as the only superpower and work with China to make due contributions to international cooperation in the fight against COVID-19?

I also wish to share my views on the “Conspiracy Theory”. The origin of corona virus is a matter of science and we should follow scientific and professional advice. WHO and the international community are clearly opposed to linking the virus to a specific country, area or race. We have seen articles from American researchers arguing that Covid-19 may have first started in the United States. Even if the origin of the virus is found to be from the United States, I don’t believe China will call it the “American virus”, the same way we did not call the pandemic a hundred years ago “American flu” or AIDS as “American AIDS”, although both were first found in the United States. We believe that constant stigmatization, disrespect for science, and disregard for WHO rules is a naked propaganda of racism and xenophobia, which in no way helps to solve problems. We have taken note that President Trump had pulled back from old practices calling it “Chinese Virus”. I hope this is not a choice of expediency but a step toward a good beginning.

With the accelerated spread of the pandemic that has caused close to a million confirmed cases globally, countries around the world should work together to overcome these difficult times. I hope that more people will come to understand how difficult it is for a huge country with 1.4 billion people to accomplish the fourfold tasks: to prevent a comeback of the epidemic at home after resumption of work and production to satisfy domestic and world demand; to stay vigilant against importation of cases as recent new confirmed cases in China have mostly been imported; to guard against any backstabbing in sensationalizing issues relating to Taiwan, Xinjiang and Hong Kong; to avoid economic downturn in the long run. China helped the United States and Europe out in the previous two financial crises. Can they survive this crisis when China itself has to weather through all these severe disruptions? The answer lies not just in China.

Seeing such accusations and reports makes us feel angry and aggrieved as a country offering help. A Chinese proverb goes as ” I cast my gaze toward the moon, but the moon shines on the gutter”, which best shows my mixed feelings. Recently, European countries have been affected by COVID-19 at different paces and to varying degrees, and many countries have turned to China for help. Honest and good-willed as we are, China has freed up and squeezed out resources by overcoming its own difficulty in epidemic control and inadequate production capacity of medical supplies. China sent charcoal to the “snowing” Europe, but was once again stigmatized and insulted, which hurts the feelings of the Chinese people. I cannot help asking: what shall China do to avoid random criticism? Is it from cultural and mindset difference, or from the absence of conscience and morals? Unlike some countries, China would never watch the fire burning with arms folded or even add fuel to the fire. If selfless assistance is labeled as political manipulation and a project of “self-modeling”, I really want an answer from European people with good conscience.

I want to end my article by quoting English poet John Donne:

No man is an island entire of itself;

every man is a piece of the continent, a part of the main;

if a clod be washed away by the sea,

Europe is the less, as well as if a promontory were,

as well as any manner of thy friends or of thine own were;

any man’s death diminishes me,

because I am involved in mankind.

And therefore never send to know for whom the bell tolls;

it tolls for thee.

Coronavirus: Over 7,000 apply to have loan payments suspended