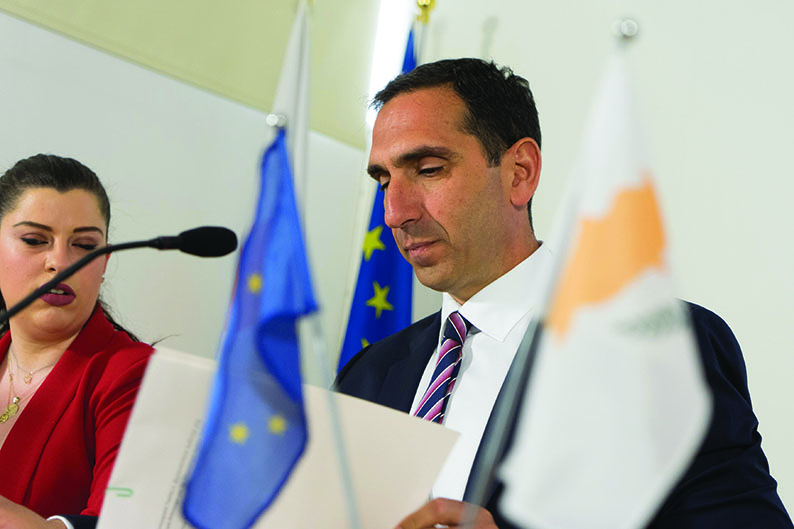 Coronavirus will persist on the island for a long time, Health Minister Constantinos Ioannou said on Thursday arguing that had there been compliance with the restrictive measures, the pandemic would have reached its peak by now.

Experts said a large number of cases are expected in the coming period.

Speaking to state broadcaster CyBC radio, Ioannou said there was currently a large number of cases compared with the size of the population.

“It seems there has not been compliance with the measures,” the minister said. He added that this was evident during the contact tracing of people who tested positive for the virus.

Instead of two to three contacts, some were found to have around 10, he said.

The minister also said that he did not expect the pandemic would reach its peak in Cyprus soon, again citing the non-compliance with the measures taken.

“Coronavirus is here and will stay for long,” Ioannou said.

Professor of Microbiology/Molecular Virology at the University of Nicosia Medical School, Dr Petros Karayiannis, also said that an unexpectedly large number of new cases were expected within the coming period.

The steep rise in confirmed cases, he said, “is due to due to the lack of discipline of the population.”

Karayiannis told the Cyprus News Agency that double-digit numbers in cases are expected within the coming days but hopefully not as high as Wednesday’s when 58 people tested positive.

Karayiannis said that there was still a long way to go until the peak was reached, expressing hope that this would occur before May.

He said that next week would show an indication of how things would evolve.

“At the moment, the current numbers are manageable,” Karayiannis said, pointing out however also the importance of having enough staff in state hospitals to deal with the situation.

At the moment, he said, the effects are seen of the lack of discipline among the public, with the latest cases believed to have been infected before the latest, stricter measures were introduced.

The government on Monday announced a curfew between 9pm and 6am every night while it restricted permission for persons to leave their homes to just one per day.

Coronavirus: police say don’t use 199 and 112 unless it’s an emergency