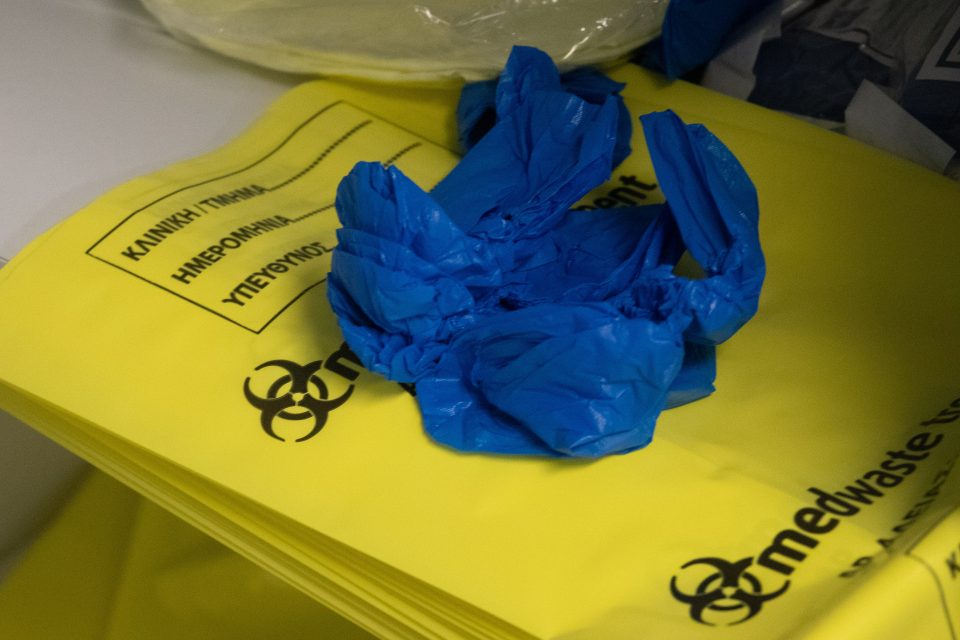 Up until March 31 the mortality rate associated with Covid-19 in Cyprus was less than one in 100,000 people, while the case fatality rate stood at 3 per cent, according to epidemiological data released by the health ministry on Thursday.

Out of an estimated 900,000 people residing in the government-controlled areas, eight people had died by that date, working out to a mortality rate (deaths divided by population) of 0.9 per 100,000 persons.

The case fatality rate (deaths divided by confirmed infections) was 3.0 per cent, or eight deceased out of 267 Covid-19 cases detected.

In total, 30 per cent, or 81 patients received hospital care, and 29 patients or 36 per cent were discharged.

The median age of patients admitted to ICU was 68 years.

In total, 28 per cent, or 70 laboratory-confirmed Covid-19 cases had a history of travel or residence abroad during the 14 days prior to symptom onset (imported).

These cases have a direct link to the UK and Greece, mainly.

Locally acquired infections — index cases and close-contacts of confirmed cases – accounted for 72 per cent (or 183) of the cases; 20 per cent, or 37, were related to Paphos general hospital. 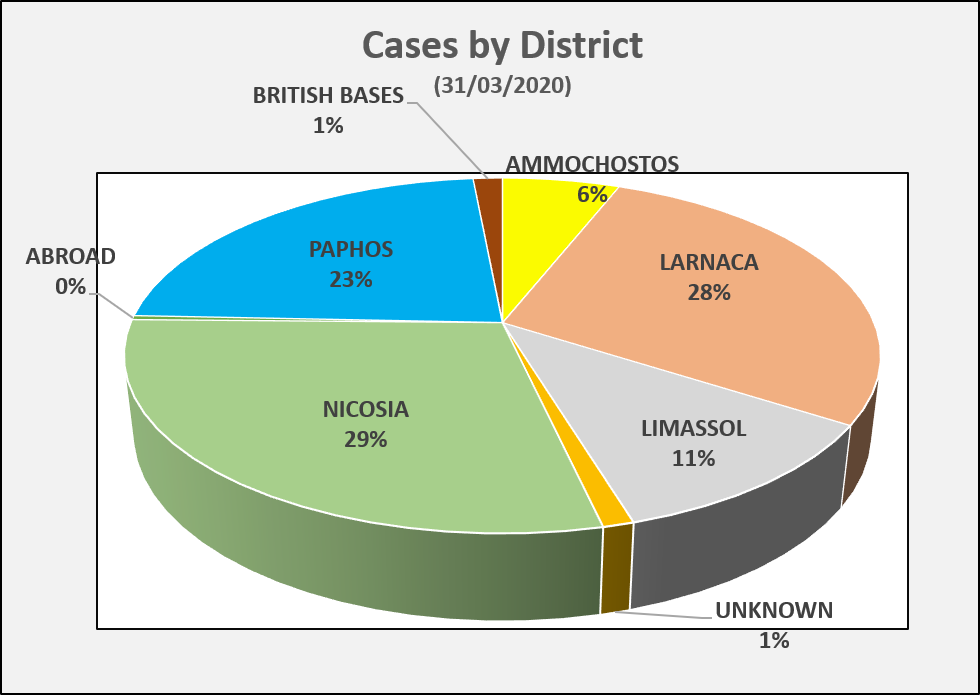 The median time between symptoms onset and date of sampling was four days, according to the report.

The majority, 34, were in Paphos, mostly linked to the town’s general hospital.

Information was not available at the time on three cases.

Fifteen per cent, or 39, of the 267 Covid-19 cases detected in Cyprus by March 31 were reported in Aradippou, Larnaca, making the municipality one of two hotspots, along with Paphos, according to epidemiological data released by the health ministry on Thursday.

The high number of cases in the area prompted health authorities to start a testing programme exclusively for Aradippou residents in a bid to stop the virus from spreading further.