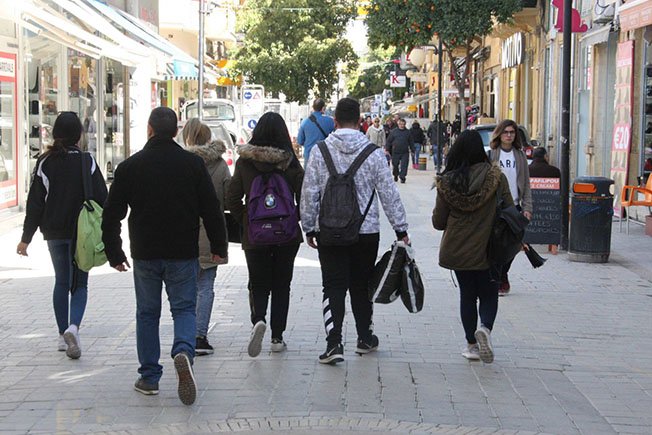 Young people in Cyprus, who only recently began seeing their prospects improve after the 2013 crisis, have cited unemployment and mental health as their main concerns amid the pandemic.

“There is uncertainty, beyond the public health crisis, also in the global economy and that of Cyprus with companies going under and jobs lost,” Antonis Kourras, president of the Youth Council, said on Wednesday.

“Despite the positive steps our economy has taken in recent years, young people face one of the highest rates of unemployment in the EU, low wages and housing difficulties” Kourras told the Cyprus News Agency.

Young people are not uniquely impacted by the current crisis, but are often on the lower rung of the employment ladder and hold less secure jobs.

Kourras, however, also shone a light on the positive side, saying: “This can be seen as an opportunity to acquire new skills. Many of us are honing our skills in e-working and acquiring digital skills.”

He also pointed out that many universities offer courses and full degrees online at a very low cost, or in some cases, for free.

“We also want to encourage young people to take advantage of this year to discover European programmes such as Erasmus+, DiscoverEU and the European Solidarity Corps,” Kourras said.

During the lockdown, many people are taking time to spend their time productively despite the challenges.

One person in particular young people could take advice from is former astronaut Chris Hadfield.

Hadfield is the first Canadian to walk in space and spent 166 days up there, offering advice for those facing a radically new way of life.

“We find ways to stay productive while being so far away from our normal lives,” Hadfield said.

“Once you understand your risk, mission, purpose and obligations then take action,” he advised.

Perhaps astronauts have more experience than most in being confined to small spaces for a prolonged period of time.

“Start doing things, they don’t always have to be things that you did before,” he said.

“Take care of family, start a new project, learn to play guitar, study a new language, read a book, write, create – it’s a chance to do something different,” he said.