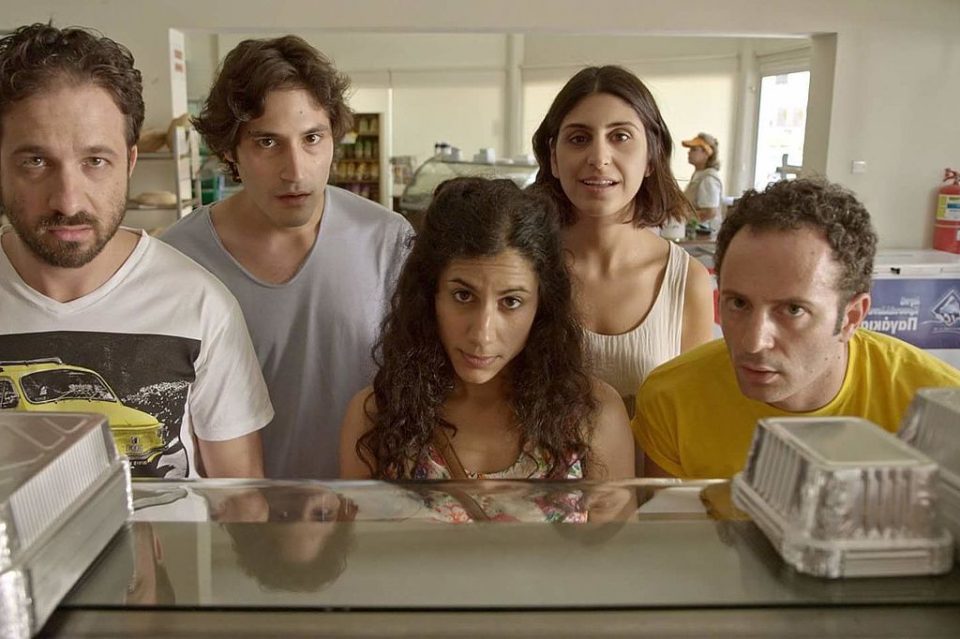 Well of course you can sit down to Netflix tonight! But for anyone with half a brain, the mindless whirl of blockbusters and reality shows is going to pall pretty quickly. Or you could opt for the news again – but haven’t we all overloaded on doom and gloom? Instead, why not try watching something a little different – something which will intrigue, challenge, and delight, courtesy of the ‘Films From Cyprus’ Vimeo page?

An online video viewing service that rivals YouTube, Vimeo is host to countless unusual films, many of which you’ll never have heard of, let alone seen. And, as of March 18, it’s also home to the ‘Films From Cyprus’ page: a collection of Cypriot film productions you can watch online.

Entirely free to watch, the page contains 80 or so Cypriot shorts, features and documentaries – many of which have won awards at foreign film festivals, all of which are a fascinating glimpse into our local film industry. And thanks to the kindness of their creators, coupled with the vision of Cypriot director Tonia Mishiali (co-artistic director of Cyprus Film Days International Festival, a member of the Directors’ Guild of Cyprus, and the brains behind this curated collection), they’re now all in one place…

“I’ve always thought there should be a collection of locally made films in one place online,” explains Tonia. “Especially now, when people need things to do at home. But it was a case of having the time to set it up.”

As a freelance filmmaker, Tonia admits that the coronavirus measures have provided her with that time. “When everything has been cancelled, when nobody’s going to the theatre or cinema, when festivals and productions are all at a standstill, it’s the perfect opportunity for people to pull together. And that includes those of us in the film industry.

“Before the measures, we had some really great local directors working on fascinating projects, and a lot of up and coming young directors too. A lot more people were becoming directors and entering their films in festivals, there was some great talent on the island, and our local industry was becoming really well-known. Although funding for the local industry has always been a bit of an issue, Cyprus has been more than holding its own on the global stage of late. And, as most of us are self-employed, this is clearly going to be a difficult time,” Tonia adds. “But now isn’t the time to talk about money. Instead, let’s pull together as a community.”

In Films of Cyprus, this is exactly what’s been done. Tonia contacted the film directors herself, asking if they would send her links to their productions. “All the films were already online, in various corners of the internet,” she reveals, “but gathering them together in one place makes it much easier for people to find and watch Cypriot productions.”

There was no particular curation of inclusions, she adds – the only criteria that had to be met was that the production had at least one Cypriot in a main position: as director, screenwriter, or an important member of the cast or crew.

Tonia intends to add more films to the page as word gets around. “Within half a day, the page already had 30 films and, at the moment, there are about 80; mostly shorts, some features and documentaries, and a few locally-made music videos. It’s not really curated – I just thought that everyone should have a chance to share their work, so if someone wants to add their film, all they need to do is contact me. “

Films in Cyprus plays directly from the page – there’s no following links or fussing around with ad-blockers or sign-ups. Simple to access, the page is a delightful compendium of local productions, including a number of award-winners.

There’s Andreas Kyriacou’s short The Midnight Shift (“A criminal on the run takes cover as a taxi driver on the midnight shift. Soon he discovers that things are not what they seem when he picks up a mysterious figure as his first client”), which won the HBO Europe Award in Sarajevo Film Festival 2017 for Best Show Concept, and is currently in development as an international eight-part anthology series. There’s Pharmakon, a 13-minute short from Ioakim Mylonas; an avant-garde effort with a premise you may find eerily topical! We’ve also got a 15-minute short from Tonia herself entitled Dead End, in which “The loss of youth, social and professional activity intensifies the sense of loneliness and the ‘dead end’ in the common life of an elderly couple.” And The Magic Beans, released locally in cinemas, a brilliant full-length comedy from Theo Panayides: wry, dry and guaranteed to keep you entertained for a full 101 minutes!

“If you’re not the kind of person who attends film festivals, it’s unlikely you’ve seen any of the works on the page,” says Tonia. “So it’s a great chance for local people who aren’t film buffs to discover that not only do we have a Cypriot film industry, but that it’s pretty good. For years, cinema has been a wonderful escape – especially in times of crisis – and Films in Cyprus will hopefully give you a break from Netflix and the news; it will help you forget your troubles. For a little while, at least.”

To watch any of the films free of charge, visit https://vimeo.com/channels/filmsfromcyprus

Coronavirus: 220 people booked for violating curfew should be let off say police