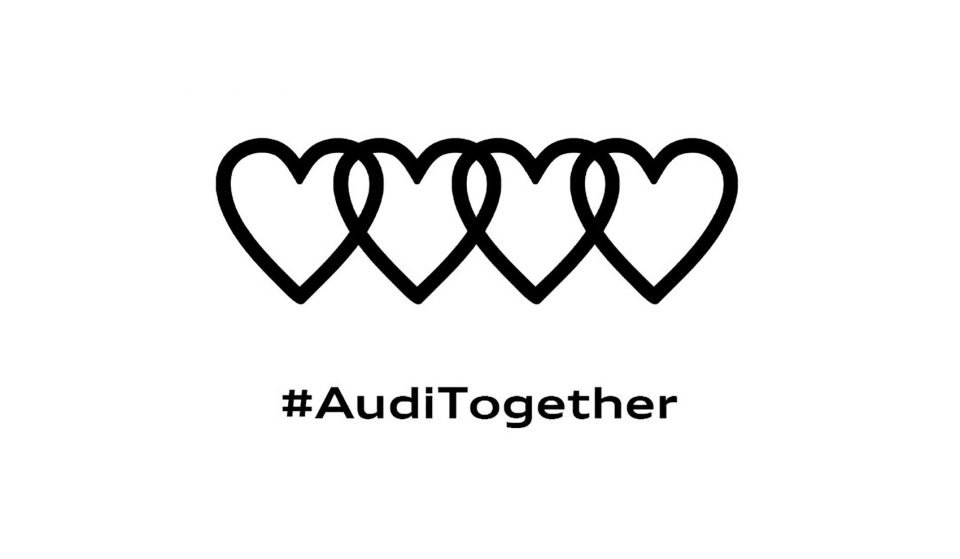 When it counts, the world moves closer together. In the corona crisis, Audi is supporting medical and social institutions in its home regions and providing humanitarian aid at the national and international level. The company is providing five million euros in emergency aid for this purpose. The Board of Management of AUDI AG and the Works Councils at the Ingolstadt and Neckarsulm sites have now launched this package.

Numerous monetary and material donations at German and international sites

The first major cash donations are already underway. On Monday, March 30, AUDI AG handed over a total of 600,000 euros to the hospitals at its home sites in Ingolstadt and Neckarsulm – this money is on top of the five million euros. In Ingolstadt, Audi is now also supporting the challenge “sprint4local – one week for Ingolstadt.” Initiated by the Digital Startup Center of the Ingolstadt region and IFG Ingolstadt, participants will have the opportunity here from April 1 to 7 to develop ideas virtually on how the Ingolstadt region can overcome the challenges of the crisis and thus emerge stronger from this period. The international sites of the Audi Group are also providing local support in their regions: Among other things, they are providing medical equipment – Audi Brussels or Audi China, for example. Audi Hungaria will make a cash donation to the Győr Hospital. Further measures are currently being planned in detail at all sites.

International #AudiTogether campaign and solidarity concert streamed on the internet
Violinist Lisa Batiashvili, artistic director of the Audi Summer Concerts, will give an exclusive concert on Tuesday, April 14, at 8 p.m. together with the famous musicians Maximilian Hornung, François Leleux, Sarah Christian und Jano Lisboa at Audi in Ingolstadt. This concert will be delivered at Facebook @Audi.AG and on the YouTube channel @Audi and it will be streamed on www.audimedia.tv so that all interested parties can experience it live on the internet. “Music connects people,” explains Batiashvili. “It is a matter of the heart for my colleagues and me to show our solidarity in these times and to stand together.”

Under the #AudiTogether hashtag, the brand with the Four Rings is currently showing its attitude worldwide as a company in times of the corona crisis. The motto “We are in this together” stands for the solidarity of the brand, the employees and Audi fans across all markets and social media channels. The initiative is flanked by participative activities. They start with the so-called #FourRingsChallenge, in which all interested parties can creatively present the Audi rings. In the next few days, further social media activities will be launched on the global Audi channels, including several quartets on Instagram all around car features of the Audi A3 and Audi e-tron Sportback, as well as a special filter on the question “Which Audi are you?” More details will gradually become available at audi.com/AudiTogether and Instagram @audiofficial.