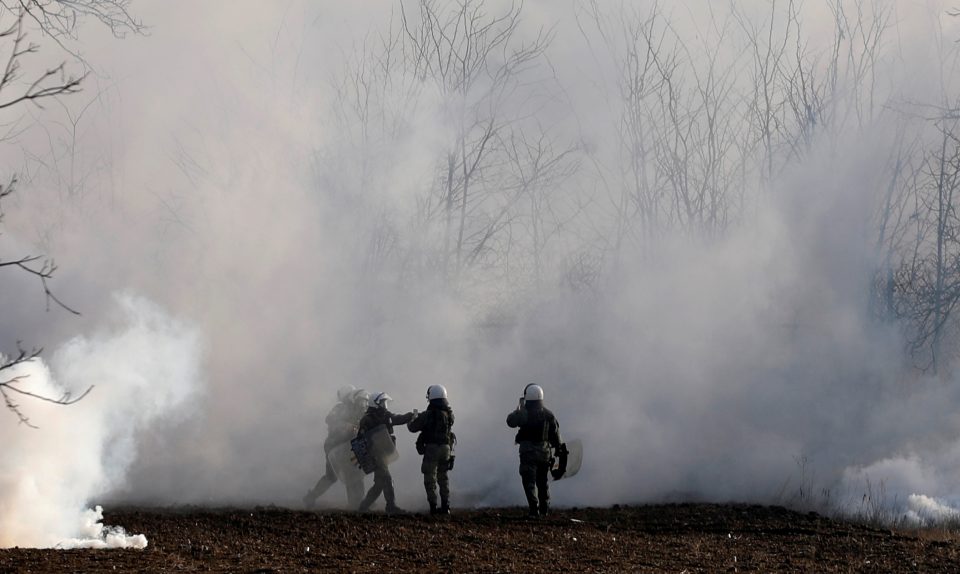 Two migrants were shot dead last month as they tried to enter Greece from Turkey after Ankara “recklessly encouraged” thousands of migrants to cross the border to Europe, Amnesty International said on Friday.

A third migrant is missing and presumed dead after Greek soldiers fired shots towards her as she attempted to cross a river into Greece, the rights group said.

Amnesty’s Turkey Research Director Andrew Gardner said it was not confirmed who fired the shots that killed the migrants but they were hit in areas where Greek security personnel were present, and he urged Greek authorities to find those responsible.

Amnesty said Greek efforts to repress the migrants‘ movements included the use of live ammunition.

Amnesty said one of the migrants was a 43-year-old man who was shot in the chest as he tried to cross into Greece on March 4. It said five others were treated for gunshot wounds. At the time, Greece dismissed as “fake news” Turkish accusations that it fired on them.

Tens of thousands of migrants tried to get into EU member Greece after Ankara said on February 28 it would no longer prevent them from doing so, as agreed in a 2016 deal with Brussels in return for European aid for Syrian refugees.

Turkey, which hosts some 3.6 million Syrians, the world’s largest refugee population, lifted restrictions on the migrants because it was alarmed by the prospect of another wave of refugees fleeing war in northwest Syria.

The rush to the border, which Amnesty said was facilitated by Turkey, met a strong response from Greek security forces. Greek authorities have strongly rejected accusations by Ankara that their forces killed migrants at the border, and have denied firing live ammunition.

The tension on the border has largely settled since the outbreak of the new coronavirus prompted Turkey to close the borders with Greece and Bulgaria.

Amnesty said that according to Turkish officials some 5,800 people were moved last week from informal refugee camps near the Pazarkule border gate, where most of the clashes between migrants and security forces took place in early March.

The migrants were taken to nine locations across the country and would remain in quarantine for 14 days as a precaution against the spread of the coronavirus, Amnesty said.

The organisation called on Greek authorities to restore the right to seek asylum, refrain from pushbacks and protect people entering the country from land and sea. A 30-day suspension on asylum applications that Greece imposed in March ended on April 1.

It said Turkey should refrain from making announcements and taking unilateral actions likely to result in greater harm to migrants.

Acropolis sparkles in the sun as Greek tourist spots reopen

Greeks return to beaches in heatwave, but keep umbrellas apart