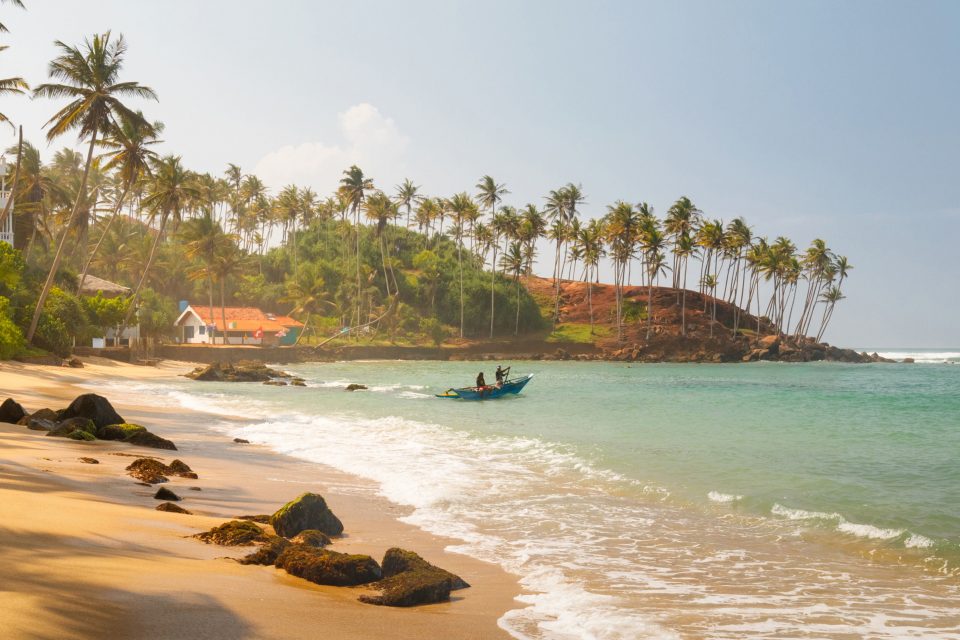 The drive from Colombo to Wilpattu National Park offers a sumptuous taste of Sri Lanka at its finest. Roadside fruit vendors go about their business on the sandy earth, backed by tropical fields of coconut trees and palmyra palms. Beeping tuk-tuks and motorcycles glide by as we pass stretches of marshland and the occasional Buddhist shrine.

We stop for hoppers served from a roadside shack. The dilapidated stall next door blares out the wavering tones of a Sri Lankan woman singing as we’re served the rice flour pancakes with red hot chilli sauce, followed by restorative honey. It all feels effortlessly cinematic, but then again, Sri Lanka is that kind of place.

In these coronavirus-stricken times, snapshots of Sri Lanka present welcome escapism, making it a strong contender for a dream holiday to book once this nightmare has come to an end. But life hasn’t been easy for the country: terrorist bombings last Easter ground tourism to a halt, and now a pandemic is pushing businesses to their very brink. People are clinging to the hope visitors will eventually return – and they should.

Our journey from the sun-scorched dagobas (shrines) of Anuradhapura to the hazy turquoise ocean of the south is filled with hilly tea plantations, weathered Buddhist murals and national parks brimming with wildlife. The feel of the place is tropical, unhurried and untamed.

Our first day starts with an early-morning safari at Sri Lanka’s largest national park, Wilpattu, which in Sinhalese means Land of Lakes. The lusciously green park is billed as a leopard-spotting alternative to the more famous Yala further south and is notable for being less crowded.

In a lake dense with lotus flowers, we spot a mugger crocodile and herd of water buffalo sharing bathing space. Elsewhere a sambar deer as tall as an adult human holds our gaze and a golden jackal trots beside us before scampering out of sight.

All of a sudden, our local tour leader Cham exclaims: “Look to your three o’clock!” Our jeep pulls to a halt as he points us in the direction of a leopard slumped on the bough of an arched tree. After a couple of minutes, the magnificent creature slides down the trunk and marks his territory before disappearing into the forest.

We stay the night at the nearby Mahoora, which claims to be the world’s first carbon neutral mobile tented safari camp company and has sites across Sri Lanka. It measures the carbon footprint of guests by considering the distance they’ve travelled and the length of their stay. It then offsets the site’s overall footprint by purchasing carbon credits from a global specialised carbon offset management company.

The camp is almost 90 per cent solar powered and uses a zero plastic and polythene approach in its servicing. While each of the 10 tents comes equipped with a hot-water shower, living room and toilet, the manager assures me that they can be completely stripped and removed in an hour, so that nature can easily be restored once they are gone.

Three of the five Unesco World Heritage Sites that make up Sri Lanka’s Cultural Triangle are within two and a half hour’s drive of Mahoora and are not to be missed. Viewing the surrounding forest plains from the top of 200metre-tall Sigiriya rock fortress, then marvelling at the time-worn Buddha statues of Dambulla’s cave temples makes for an unbeatable morning.

The southern hill country’s tea plantations are some of the most obvious vestiges of colonial times in Sri Lanka. The region can be reached by taking the spectacular rickety train journey from the Cultural Triangle’s Kandy. This is a popular route for those making their way down towards the sleepy beaches of the south.

Tea-making was introduced to the country by the British in the 19th century, when the island was called Ceylon, and is still going strong in the region today. Sri Lanka’s highest town, Nuwara Eliya, is very much at the centre of this. Also known as ‘Little England’, it serves as a good base to explore the dramatic surrounding scenery, including Horton Plains National Park.

A golf course, country clubs and a Tudor-style post office decorate an area where visitors can ride ponies and go boating on the lake. It is as though the village green described by the rock band The Kinks has been transported to a Sri Lankan setting.

Many of Nuwara Eliya’s residents are descended from Tamil migrant workers from South India, who were brought in for tea-making in its early stages. While Brits are very welcome here, the tea workers see the colonial era as a time that has passed, and from which they are now removed. Despite this, many of the tea estates still have their original British names.

For those who would prefer to take in the scenery from more remote lodgings, there are tea estate bungalows scattered around the region, the first of which were built for the original British managers.

From Nuwara Eliya’s closest station, Nanu Oya, the same train line from Kandy takes you through to Ella, on perhaps the most scenic leg of the journey. The town is surrounded by eye-catching hills and tea plantations, with air that freshens the lungs.

“Ella once used to be a transition town, but now it has turned into a backpackers’ paradise,” notes Cham. He puts this down to nearby hikes such as Little Adam’s Peak and Ella Rock, which showcase some of the best scenery in Sri Lanka. Riding the windy roads out of Ella, the vast, cloud-tipped hillsides patched with trees are as impressive as anything you will see on the island.

Having finally made our way down south, we find ourselves eating juicy butterfish and red snapper on Mirissa beach, overlooking the lapping waves. It is a beautiful palm-lined crescent that still attracts plenty of discerning travellers, despite its growing fame. At night, the beach is aglow with a fairy-lit stretch of bars and restaurants, where hermit crabs scuttle across the sand as you tuck into freshly-caught fish.

Our final evening is spent in the port city of Galle, another south coast favourite on the ‘Highlights’ trail. Architecture recounts different periods of colonial rule: Dutch forces captured the city from the Portuguese in 1640 and the British arrived in 1796.

As the light of the day fades, the ramparts of Galle Fort (another Unesco site) provide the perfect sunset viewing platform. Behind us, Sri Lankans play cricket on the rocky earth as visitors dangle their legs over the wall. We encounter a Buddhist Sunday school, with children dressed in white following an orange-robed monk. As a young boy from the group lightly taps on a hand drum, we stop to chat with the children. The sea of kind, smiling eyes that greets us tells me that Sri Lanka’s future is bright, and that the country will always pull through hard times.

Why cliffhangers are so irresistible

Fitness trends to watch out for in 2022