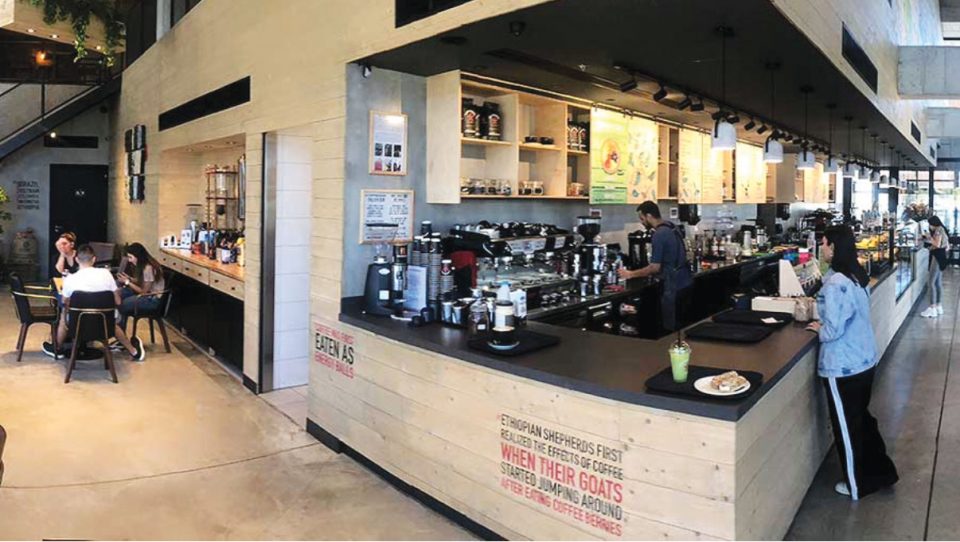 Cafes, restaurants and bars catering for students are just one area of business that will be hit hard

IT is blatantly obvious to us all that Covid-19 will deal a blow to all economies. The measures being taken now by our government to combat the spread of the pandemic are considered absolutely necessary and must be supported.

The economic cost of this effort, however, will be excessive. While some will face loss of life many more will face the loss of a livelihood. Every day, news about the world economy astound. Businesses face big revenue losses in all sectors of the economy. If the lockdown to fight the spread of the virus is extended, sackings will be unavoidable because the government does not have inexhaustible reserves to prevent redundancies indefinitely with its handouts.

The challenge facing us, therefore, is how do we act speedily and strongly enough to limit the effects of the recession? This will involve a significant increase in public debt, which in Cyprus’ case is already very high at 97.8 per cent of GDP. The economic measures taken to support the economy are correct but will lead inevitably lead to a fiscal deficit and consequently an increase in the public debt.

It is with sadness that I consider that if we had avoided the horrendous blunders of the near past, such as propping up the co-ops, which cost us some €5 billion or 20 per cent of GDP, we would have been much better placed to deal with the crisis. What is forgotten, or ignored, by our ministers is that the high levels of debt not only render a fiscal crisis more likely, but also reduce the government’s options in dealing with future emergencies, unforeseeable challenges such as wars and recession. Other small countries like Luxembourg and Malta are in a much more favourable position than Cyprus is to face the current crisis because their public debt is very low – 20 per cent and 50 per cent respectively.

I believe it is extremely difficult to predict by how much GDP will be reduced this year. Forecasts range from 3 to 10 per cent. Everything depends on the duration of the pandemic, which is why I would not dare make a forecast. If, woe betide, the pandemic lasts until the end of the year, then the recession would be without precedent and the reduction of GDP would be in double digits and unemployment would soar to unimaginable levels. To avoid experiencing Dante’s Inferno, let us hope that we soon defeat the coronavirus. Whatever happens from now on though, the increase in the public debt is unavoidable, and, of course, it will have serious macroeconomic consequences.

The government will be forced to pay more to service its debt and therefore have less money available for public investments. Because of Cyprus’ excessive public debt, it is questionable whether we will be able to borrow money at a low interest rate (below 2 per cent) from the markets; we may have to offer higher interest to borrow money. If we fail to borrow even at higher rates, we then have to seek the assistance of our partners in the EU, that is another memorandum. No matter how the economic climate develops, the government will be forced to spend more money to service its debt. Vital sectors such as healthcare and education will be neglected, while taxes will have to be raised to control the fiscal deficit and this will cause a fall in the standard of living.

Private investment will also fall. In the capital markets the public sector competes with the private sector to raise funds. If government bonds offer a higher interest rate, a country’s savings would be invested in these, thus depriving the private sector of funds for investment – we will have what economists refer to as crowding out. Inadequate investments, though, mean low productivity and low wages.

One sector that has suffered serious consequences in Nicosia, and by extension Cyprus is higher education. The two biggest private higher education institutions – University of Nicosia and the European University – have a total of 4,000 foreign students. As a consequence of the pandemic, most them have left and are continuing their studies via distance learning. It appears that the pandemic could change the method of teaching, from live to online and of course this is what will happen in September if the situation does not return to normal.

This change would have a huge cost because in the Engomi part of Nicosia huge investments have been made in student housing to satisfy not only current but also future demand. Restaurants, kiosks and especially cafes have sprung up all over the area to serve the students. If the students do not return it will be a big blow with a chain of consequences. There will be a crisis that would push down property prices and rents, especially in Nicosia. The reduction in wealth would in turn lead to a fall in consumption and consequently of the GDP.

We can only hope that the coronavirus will soon be eliminated. And we must keep up our hopes, because as the Arab proverb says, “wherever hope ends, unhappiness begins.”