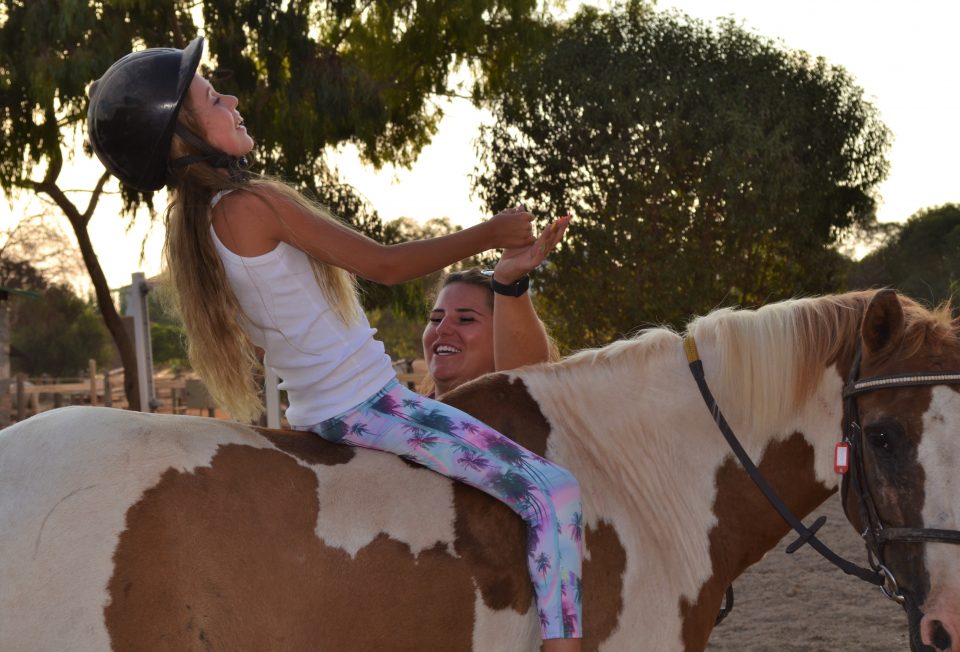 Of all the hundreds of people stranded abroad since the government’s near-blanket ban on flights, few are as desperate to get home as the father of 10-year-old Amelie Jones

A severely arthritic British girl has written to President Nicos Anastasiades begging him for help after her father was stranded in the UK – along with the medicine she needs to ease her crippling pain.

Three weeks ago, her father Andy returned to the UK for work and to collect the injections his daughter needs to lead a normal a life. However, like many other residents abroad, he found himself unable to come home after the coronavirus pandemic brought flights grinding to a halt.

In her letter to Anastasiades, Amelie says, “Dear President of Cyprus, my name is Amelie and I am 10. I have polyarticular arthritis.

“My dad went to visit the UK and is stuck with my injections. I need my injections so I am not in pain anymore. I am in so much pain and can’t walk well. I need my medication and my daddy to come home.

“We moved to Cyprus for a better life and I love it here. Please, please, please help. Love from Amelie.”

The Jones family, including Amelie’s younger brother Stanley, moved to Cyprus eight months ago in the hope that the warm climate and abundance of sunshine would help improve the ten-year-old’s quality of life. They have all the paperwork to prove their residency status.

“When we moved to the island it was a kind of two-year experiment to see how Amelie would respond to the change in climate,” Andy told the Sunday Mail.

“We’re the best part of a year into it now and there’s no way I would consider bringing her back to the UK simply because she’s leading a normal life whereas before that was getting increasingly impossible.”

Amelie was first diagnosed with crippling arthritis when she was three years old. After starting with the chemotherapy medication Methotrexate, doctors tried her on biological drugs when she was five. After trial and error, specialists considered the child’s condition to be so bad she qualified for Tocylimumab.

The new drug, coupled with the family’s move to Cyprus, has brought a profound improvement to Amelie’s quality of life.

“Amelie has minimal flares these days, she doesn’t have to use a wheelchair, she is more mobile and she’s living the life of a normal child,” said Amelie’s mother, Helena.

“Since moving to Cyprus we have seen a huge difference in terms of her mental and physical health. She attends school every day, she walks and she loves horse riding. She is a happy little girl.

“The heat and humidity have helped her enormously, along with the outdoor lifestyle and extra Vitamin D. Our daughter is the best we’ve ever seen her, but she is also very reliant on this drug she takes.”

For the past eight months, Andy has been working two weeks on, two weeks off, dividing his time each month between his home in Peyia and his commercial vehicle business in Doncaster.

“It hasn’t been easy, it was never going to be easy, but if your kids are all right, you’re all right, and the effort has been worth it to see the change in our daughter,” he said.

After returning to the UK on March 8, Andy had originally booked a flight home on the 25th, but as concern about the coronavirus gathered pace, he changed his flight to the 18th.

“I managed to get on one of the last flights back, but then the Cypriot government declared that passengers needed a medical certificate,” he said.

“I phoned the NHS, but they weren’t doing them. I then found a place in London’s Harley Street, but it was a two-day turn around and I wouldn’t get the certificate in time for the flight. Then, once I lost that seat, the government relaxed the requirement.”

Despite frantic efforts to secure a seat on a repatriation flight, the authorities have so far refused to place Andy on their list, saying he doesn’t meet the criteria.

According to the latest government decree, the right of entry into the Republic without a medical examination certificate for coronavirus applies only to those who have travelled abroad for medical reasons, as well as those who accompanied them at their departure or hospitalisation, and students who belong to “vulnerable groups”.

As Andy returned to the UK for work purposes – during which time he also picked up his daughter’s injections from Sheffield – he does not strictly fall into that criteria.

Unfortunately, the dose of Tocylimumab that Amelie needs is not available in Cyprus and as it needs to be refrigerated, posting is not an option. For this reason, Andy had hoped that the Cypriot authorities might offer him a place on board the next available repatriation flight. However, the Cypriot High Commission in London has remained adamant.

In their last correspondence, dated April 1, Andy was told: “After reading your email with great sympathy and with reference to your enquiry, I wish to direct you to the decree issued by the Minister of Health on March 30th, concerning the categories of individuals with the right of entry into the Republic of Cyprus at the moment.”

Andy said: “Amelie has only two injections left so instead of giving them weekly she’s having them every three weeks. Right now, Amelie isn’t doing too well, but fortunately as the weather improves, she will improve. The link between the air pressure and the symptoms of her arthritis are huge and that’s why we’re in Cyprus. When it’s warmer she’ll be a little less reliant on the drug.”

Now increasingly resigned to the fact that he may be in the UK for months, Andy is trying to see if the High Commission can help get Amelie’s medication to her. He has also booked the first available flight home on May 6, though he knows this might yet be cancelled if restrictions aren’t lifted.

“I totally understand the reasoning behind the decision; the Cypriots have taken a good line on the pandemic, a really good line, and it was simply bad timing for me,” he said.

“But my worry is off the scale, right now. My wife Helena is on her own with two young children. If anything happens and they get the virus, Amelie will not survive it.

“So, if the worst happens, it will be horrific. It isn’t worth thinking about. I honestly don’t know what I’d do. I’d be stuck here in the UK, totally helpless, instead of with my family, who need me.”