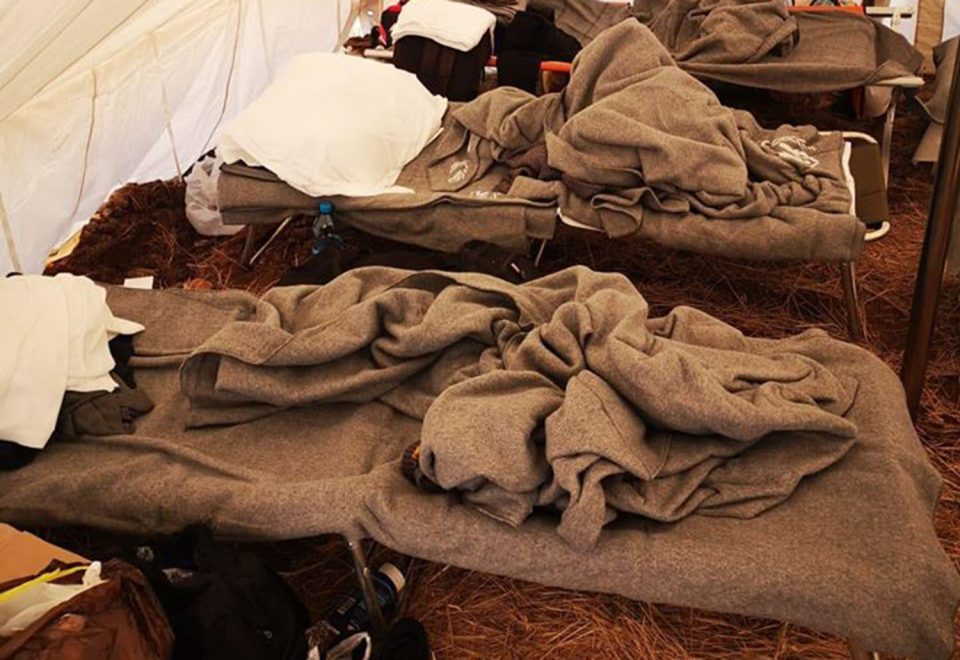 The interior ministry said on Monday that living conditions at the refugee centre in Kokkinotrimithia are in line with public health standards.

It was replying to the accusations made by NGOs Cyprus Refugee Council and Caritas Cyprus, which both criticised the living conditions at the refugee centre.

According to the NGOs, in the last month the centre has been turned into a detention centre made up of tents where people are living in appalling conditions and not allowed to leave.

With 600 asylum seekers currently housed at the centre, the NGOs have denounced the general inadequacy of infrastructure and the poor hygienic conditions necessary as protective measure against the coronavirus.

However, on Monday, the interior ministry released a statement saying that conditions at the centre remain acceptable.

“Despite the centre not having the same comfort as a hotel and despite the objective difficulties we face now in setting up construction sites, the centre remains perfectly compliant to all public health standards,” said the statement.

“Additional sanitary units have been implemented at the centre and measures to strengthen the power supply were also taken. Also, all asylum seekers that belonged to vulnerable groups have been taken elsewhere and put in isolation to protect their health and everyone else’s.”

The two NGOs in their Facebook post have also slammed the interior ministry for removing several asylum seekers from the hotels they were staying and moving them to Kokkinotrimithia.

“Regarding the transfer of a small number of migrants from the hotels in which they were staying for the last two years to the reception centres, we want to make it clear that this was necessary, because some of them were not abiding by the law and the restrictive measures.”

The ministry said that despite the current situation with the coronavirus, the authorities are doing everything possible to provide housing, food and medical care for everyone and pointed out that so far, no Covid19 cases were registered among the migrants at the reception centre.