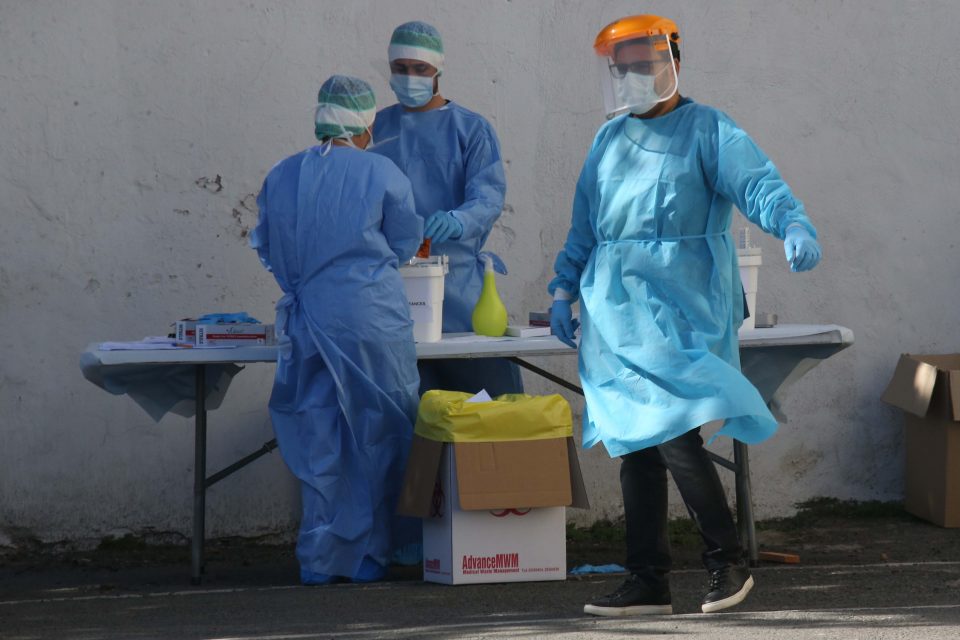 By Bejay Browne and Nick Theodoulou

Paphos has experienced a disappointing number of residents turning up for free coronavirus testing which got underway in Paphos on Saturday, and the programme may be extended, Paphos councillor Andreas Chrysanthou said on Monday.

“As numbers are not what was hoped, as a municipal council, we are looking at perhaps extending the testing. It will continue today (Monday) and Tuesday definitely, and perhaps for Wednesday and Thursday too, if we have too. But this decision ultimately lies with the ministry of health,” Chrysanthou said.

The aim is to increase numbers (currently close to 400) to get the total number tested as close to 1,000 as possible, to gather as much data on the virus as possible, he said. Residents mostly from Paphos town, Chlorakas, Emba and Peyia are being tested.

Paphos and Aradippou in Larnaca have both been identified as Covid-19 hot spots.

Samples were taken over the weekend from residents of all ages and nationalities chosen by the ministry of health using specific criteria. They were contacted and invited to attend an appointment at the former residence of the Paphos district officer.

According to the mayor of Paphos, 18 to 20 per cent of people contacted did not show up and are afraid to take a test as they, “trust nothing and no-one”, he said on social media.

A further eight per cent don’t want to take part as they are either self isolating or want to remain in their villages, he added.

“People shouldn’t be afraid to come, it’s important and all of the protocols are being closely followed,” a municipal spokesman said.

Participants with appointments arrive in their car, where they remain. They are asked a couple of questions, including their ID and a contact number or email for the results and then a swab is taken by a specialised nurse from their nasal passage whilst they remain in the car.

“The nurses wear full protective clothing. This is a safe procedure and the entire thing takes 5 minutes maximum,” he said.

“If we manage to get 800, the ministry may say that this number is sufficient, we shall have to see,” Chrysanthou said.

Meanwhile, the mayor of Aradippou is not letting his guard down despite the relatively good news of an overwhelming return of negative tests, so far.

“The negative results from over 250 tests gives us all hope that the situation in Aradippou is manageable,” mayor Evangelos Evangelidies said.

Thirty-nine cases were reported in Aradippou before the authorities decided to carry out some 500 targeted tests over the past three days.

“Apart from the 525 who have taken tests so far, we are still waiting for about another 100 which will be carried out on Tuesday and Wednesday,” he said.

“The people working on the frontline, such as those in bakeries, banks and supermarkets testing negative is good news for us all,” he said.

But he warned that: “we do not know what the next day will bring.”

There has been speculation that if Aradippou returned an even greater amount of positive tests the area may be quarantined.

Evangelides hit back at this, however, saying: “These were some hasty statements made by some, but it’s a position which we do not adopt. The whole situation is being handled in the best way possible.”

Last week, the mayor said people in the village did heed the ministry’s call to stay at home. However, some people travelling from the UK spread the virus after they arrived to attend three funerals.