Twenty-nine more people tested positive for coronavirus on Tuesday, the health ministry said, bringing the total number of cases to 494, as strict measures on movement continued to be in place.

Virologist Leontios Kostrikis said the numbers confirm the path being taken in Cyprus is the correct one although it is long.

“These days are critical,” he said.

Kostrikis added 22 had come from contacts with other confirmed cases and three from testing conducted in Paphos on Monday. Four more cases were still being investigated.

He added for ten cases reported as under investigation on Monday, nine came in contact with other confirmed cases and one was in self-isolation.

So far, a total of 47 individuals infected with the virus have recovered, Kostrikis said.

“The epidemiological picture that we have in front of us in the last few days allows us to look at the future with optimism, but we make it clear that nothing is final and we do not have the luxury for mistakes. So, our advice remains the same: stay home and take measures to protect yourselves,” he added.

The three-month-old infant reported on Monday to have contracted the virus at Makarios Hospital likely came in contact with a nurse who tested positive, the director of paediatrics Avraam Ilias said on Tuesday.

In statements to CyBC, he said the baby’s condition was serious, and a ventilator was needed to support its breathing.

Ilias said the infant had underlying medical problems prior to contracting the virus, including neurological problems and cerebral palsy.

The baby is currently in the negative pressure room, and Ilias said after two negative tests for the virus will be moved back to the intensive care unit of the hospital.

“The infant’s condition has not been worsened by the contraction of the virus,” he said.

In the meantime, all the infants in the hospital will be retested after two days for the virus, he said. 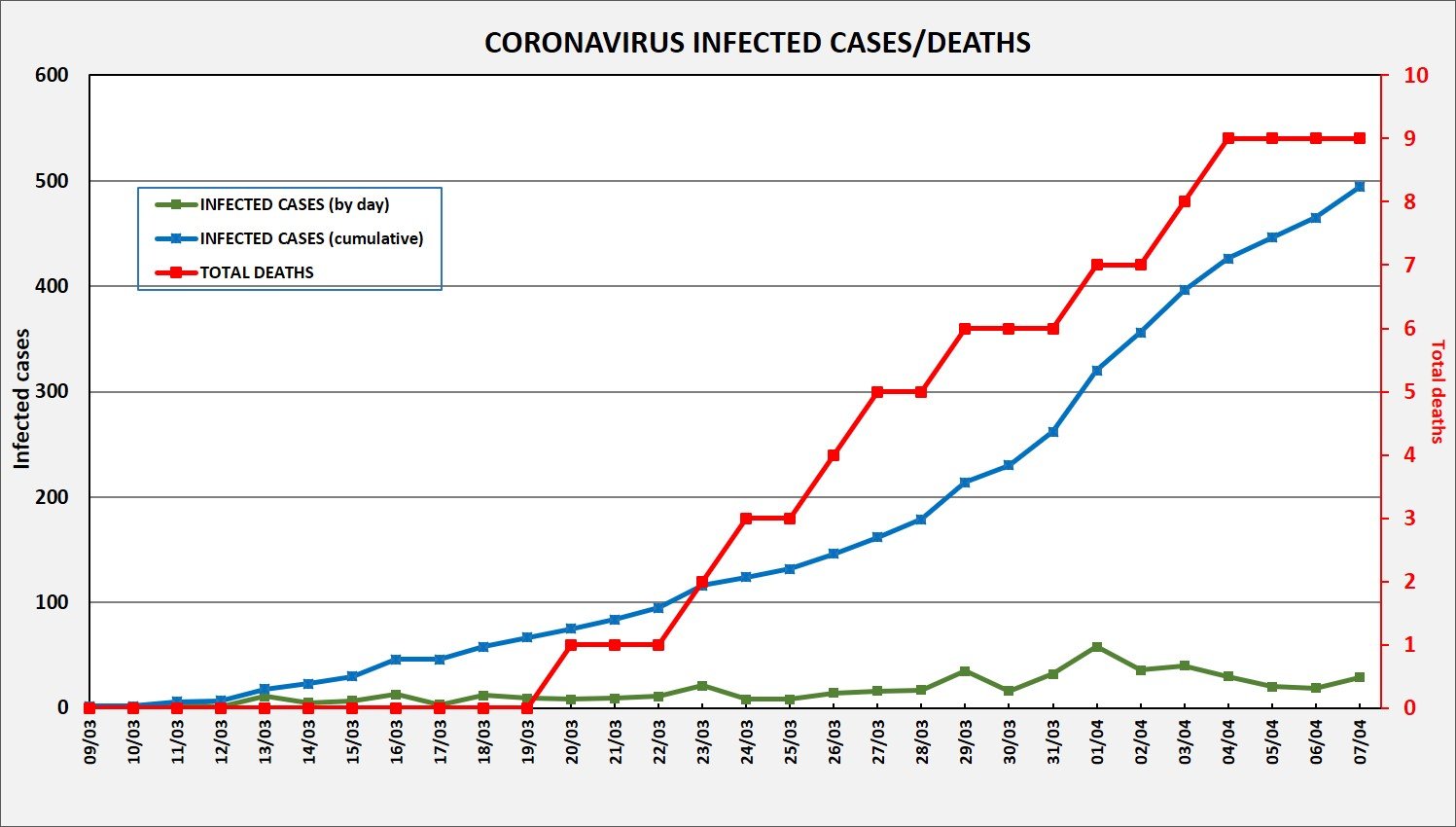 The state health serviced organisation (Okypy)’s Marios Loizou said the number of people in intensive care units across Cyprus was 16, three of which were in Famagusta General. Another two are intubated at Limassol General, and 11 were intubated at Nicosia General.

However, he added: “As of today, the number of intubated individuals in intensive care is increasing.”

He said Cyprus is a small country and the number of staff in the intensive care units is limited. To keep the situation manageable, he said “complacency is forbidden.

“Our ability to adapt as a society to the new way of life, for however much time is required, is what will protect us.”

Meanwhile, two more coronavirus cases were confirmed in the north on Tuesday, bringing the total there to 94, while a third death was announced.

A 74-year-old Turkish Cypriot man died early on Tuesday from complications caused by the coronavirus raising the number of deaths in the north to three.

Later on Tuesday, it was also announced that two more people tested positive, bringing the total number to 94.

The 74-year-old, who had underlying health problems, is the first Turkish Cypriot to die of the virus. The two other deaths concern German tourists.