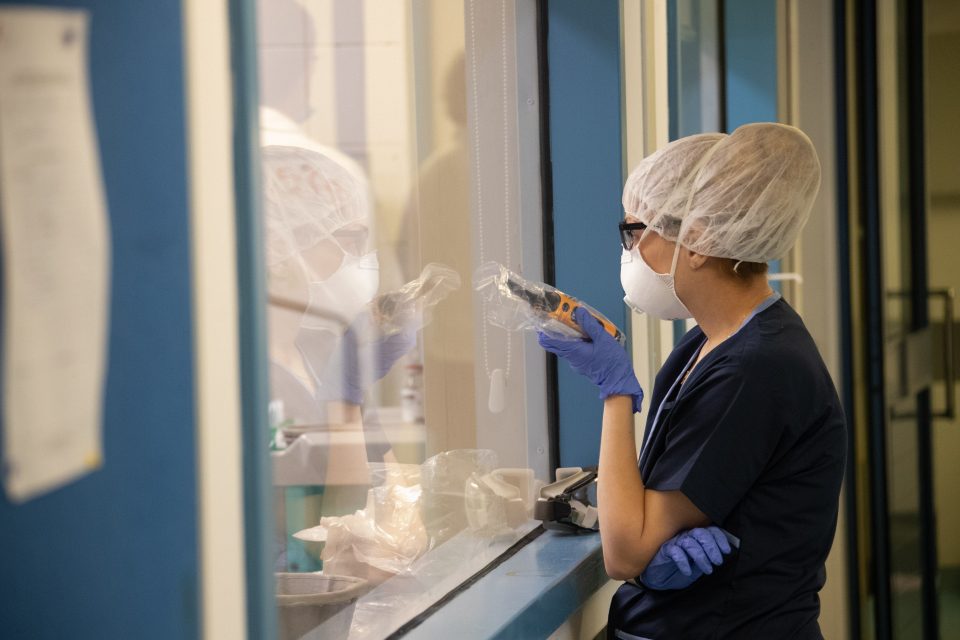 Health Minister Constantinos Ioannou said Tuesday a hospital official had crossed the line when he threatened staff with pay cuts if they did not follow safety protocols, as he urged everyone to focus on eradicating the virus.

Ioannou had to step in after the director for the district for Larnaca and Famagusta wrote a letter to staff saying that despite being instructed to wear a mask at all times inside the facility, some chose not to.

Any worker who failed to wear a mask and came into contact with a confirmed Covid-19 case would have to spend two weeks in quarantine without pay, Giorgos Karotsakis said.

The letter drew the ire of state doctors’ union Pasyki which said it was unacceptable.

“Pasyki publicly denounces such a policy and draws attention to the dangerous conditions in which our members are working,” a statement said. “Since the beginning of the pandemic we have been working tirelessly and altruistically to save and help as many of our compatriots as possible from Covid-19.”

The minister intervened later in the day saying he did not share the contents of Karotsakis’ letter and urged all sides to remain calm and focus on the common goal of tackling the virus.

“I understand the executive director of Larnaca and Famagusta districts, in an effort to send a stern message to staff to observe protective measures, had crossed the line,” Ioannou said in a statement. “However, I urge everyone to remain calm during these difficult times and to focus on the common goal, which is none other than to tackle the conditions arising from the pandemic.”

Okypy spokesman Charalambos Charilaou said the organisation had not intention to punish anyone, as he stressed that all health workers must wear their protective gear.

“The letter was a desperate call by the Larnaca hospital committee on infectious disease and many health professionals who were seeing colleagues go around without a mask. We are talking about a simple mask, a pair of gloves, and a simple waterproof gown,” Charilaou said.

He conceded that the instruction should have been conveyed differently “but I repeat, it was a desperate call.”

The Okypy Spokesman said it had been observed during contact tracing that those who came into contact with a confirmed case had not been wearing a mask.

“This forces us to place people in self isolation for 14 days and lose valuable hands in the battle.”

Charilaou said no one will have their wages docked.

“On the contrary, we are grateful towards these people but on the other hand we must all understand that health professionals must wear protective equipment for their own and the patients’ safety.”

Earlier, the state nurses’ union (Pasyno) published a letter they had sent Ioannou accusing the state health service organisation (Okypy) of being unable to handle the situation.

Pasyno hit out, saying: “We have to address you, publicly this time, so that the nation knows what is happening at the public hospitals and what the true situation really is.”

“Yes, Mr Minister, here at the Cypriot hospitals everyone is doing whatever occurs to them, there is no communication between the various key workers and protocols are not being observed.”

Islandwide, hospitals have been impacted by the virus with many hospital staff testing positive for Covid-19. This has led to hospitals and departments shuttering their services each time a case is confirmed.

“Most management in hospitals and Okypy itself do not have the skills to tackle this situation,” Pasyno said.