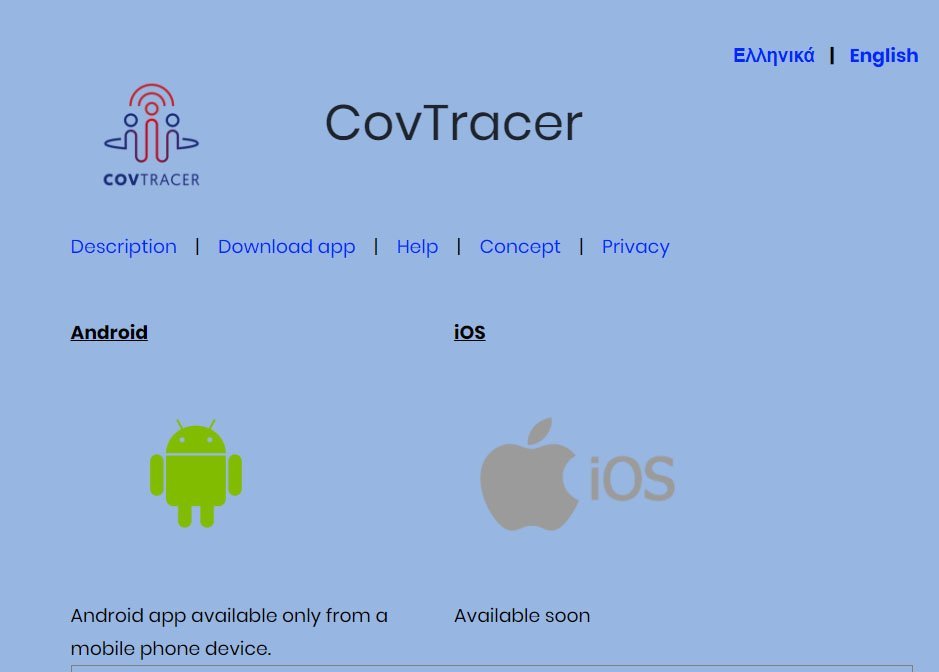 More than 3,000 people have so far downloaded mobile application CovTracer that helps people track their previous contacts and locations in case they test positive to coronavirus, Deputy Minister for Innovation and Digital Policy Kyriacos Kokkinos said on Tuesday.

According to its creators, the CovTracer app is mainly intended for employees and workers who need to work outside and cannot stay at home.

The app was developed by the Research Centre on Interactive media, Smart Systems and Emerging technologies (Rise) in a bid to help in efforts to halt the Covid-19 pandemic in Cyprus by facilitating tracing of infected patients and accelerate action-taking by authorities.

It is currently available only for android phones but in a few days the iphone version is expected to be launched.

According to Kokkinos, around 3,300 people have downloaded the application that was launched on Sunday.

He said he expected the number would rise within the coming days.

To achieve curbing the spread of the virus, it is necessary to find the contacts of those who tested positive as fast as possible, Kokkinos said.

He added that the effectiveness of the app would be tested since everyone’s memory works differently.

“It’s not the same for someone trying to remember where he or she has been during the past two weeks and who they met than actually getting that information from the app,” Kokkinos told the Cyprus News Agency.

Users will be able to record their location via GPS. If a user is tested positive to Covid-19, they can choose to share the geolocation data of their movements during the previous two weeks with epidemiologists.

The epidemiologists will check this information and take action such as evacuate areas, perform disinfections or inform people who were in close contact with the patient.

If the patient wishes, the geo-locations of his/her movements can become anonymous and public on the database of CovTracer.