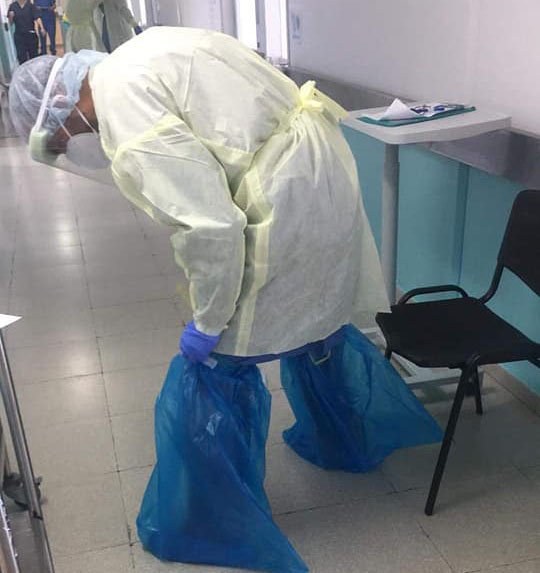 Photo posted showing a medic in bin bags as protection

A doctor at Paphos general hospital charged Wednesday that medical staff were not being issued with protective gear because it did not exist.

The head of the respiratory medicine department, Adonis Eleftheriou, who had fallen ill with the coronavirus and has since recovered, posted a request for PPE showing that leg covers, glasses, and masks, had not been granted.

The request was dated Wednesday.

“The warehouse response is zero in almost everything, that is, they don’t exist,” he said.

A photo of a medic using bin bags to cover his legs was also posted.

Okypy denied the claims of equipment shortages. In a statement in the afternoon, Okypy said the matter had been investigated and it was determined that the hospital had adequate supplies to cover immediate needs.

“These quantities are replenished continuously through supplies recently received from China and others, which will arrive in Cyprus in the next days,” Okypy said.

The organisation clarified that according to World Health Organisation directives, leg covers were not required.