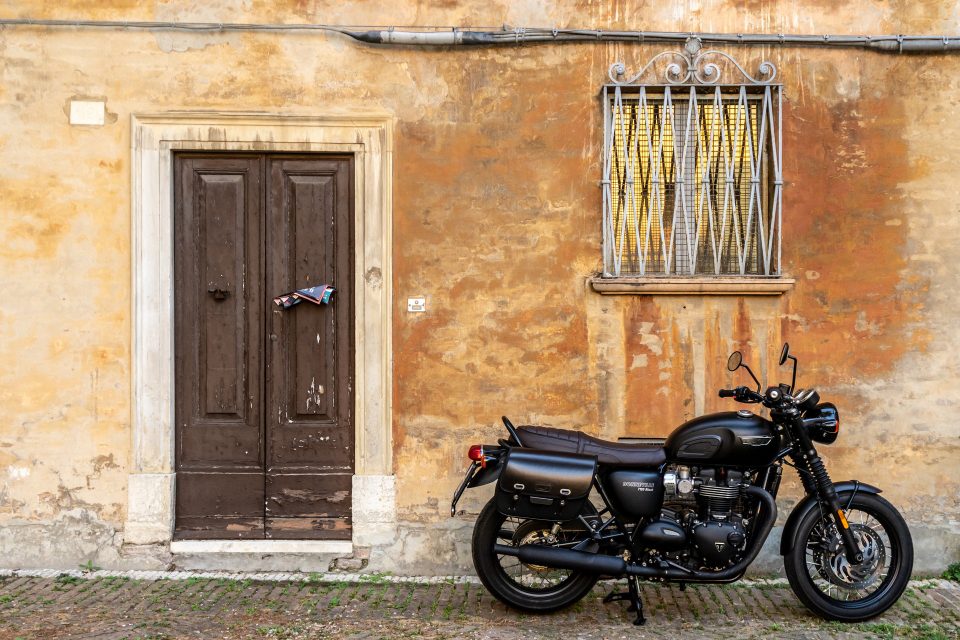 Whatever the Chinese call it, to me this year and every year is the Year of the Bike. And I don’t mean pushbikes with pedals you have to tread on to force around. Pedal bikes are OK for Mamils – Middle-Aged Men in Lycra – or for pimply boys with steel-framed glasses, freckles, sweaty socks and knees with scabs on to get to school and back.

They also suit district nurses over the age of 60 and wearing Lyle stockings, three days growth of beard and a basket on the handlebars to keep the cans of dogfood and a bottle of gin labelled ‘Distilled Water’ in.

They are also suitable for those wiry calf muscles with bodies loosely attached that compete in the Tour de France crouched low over a strategically positioned plastic drinking tube through which they repeatedly sip some Appelation Controllée or other to keep them from remembering the agony of their chosen hobby as they trundle past crowds of curious folk who enjoy watching sinewy chaps hurtle by with their bums in the air.

Anyway, all that is about bikes that I don’t actually mean. I mean real bikes. Motor bikes, those gleaming symbols of protuberant, dynamic, vibrant, throbbing, power-rippling, vividly unashamed phallicism.

Nothing, I promise you, equals the thrill of stepping out on a clear sunny morning, strapping as many cc’s as you can afford firmly between your thighs and savagely prodding the electro-start button to release that polluting burst of semi-burned hydrocarbons and set all the birds in the nearby hedgerows coughing and wheezing. Then it’s a quick look up and down the road, not to check for traffic but to make sure someone is watching, a nonchalant wave back over the shoulder from the heavy black leather gauntleted hand then it’s all down to giving it a quick twist on the throttle and lifting the front forks for a hundred-yard wheelie as you turn on all the taps and slam into full power.

Don’t you believe it. That only happens on a good day. First you have to jostle the heavy monster backwards and forwards to get it out of the garage and facing the right direction. There’s no reverse gear so this can have the average hernia popping out past your truss. Then of course, the battery is flat from repeatedly failing to fire because you forgot to turn the ignition on. That means kick starting. I once had a bike that I called Paxo because I’d knocked the stuffing out of that very way.

Never mind, sooner or later you are free. A light snatch of melody forces its way between your lips and the clenched teeth. Other bikers flash lights or raise a salutary hand as you approach. Car drivers don’t do that. They’re too absorbed in the anonymity of their own perpetual mediocrity. If you pull up next to one of them at the lights you can instantly spot the mounting flame of aggression and hatred that burns behind their Foster-Grants. Long before the lights change that driver will be revving up and hovering his foot over the clutch for a zoological display of masculinity. His engine will be choking and gasping and grunting as if it needs a good laxative. And all to no avail. Not many cars can match the getaway of a decent bike in the vital first second or two.

Bikers, on the other hand, belong to a sort of world-wide club. The only membership fee is to ride a bike. The comradeship is remarkable, and I’ve tried it from Germany to Greece and from Hong Kong to New Zealand. It works everywhere.

There’s always something of a ‘Leader of the Pack’ about a biker. As you come to a rasping side-slide halt its quite routine to see all the young hoydens run their appreciative eyes over your twin carbs, heavy bearing shaft and big end. They don’t even recoil in horror at the revelation of age and the grey hair when you take off your helmet.

I tell you there’s no breed like bikers, and there’s no feeling like wheels on the road and wind in the hair. So here’s to all those serious bikers of all ages or, as we call them in the medical profession, donors.